Official predicts “post-election legal controversy, the likes of which we have not seen since Florida in 2000” 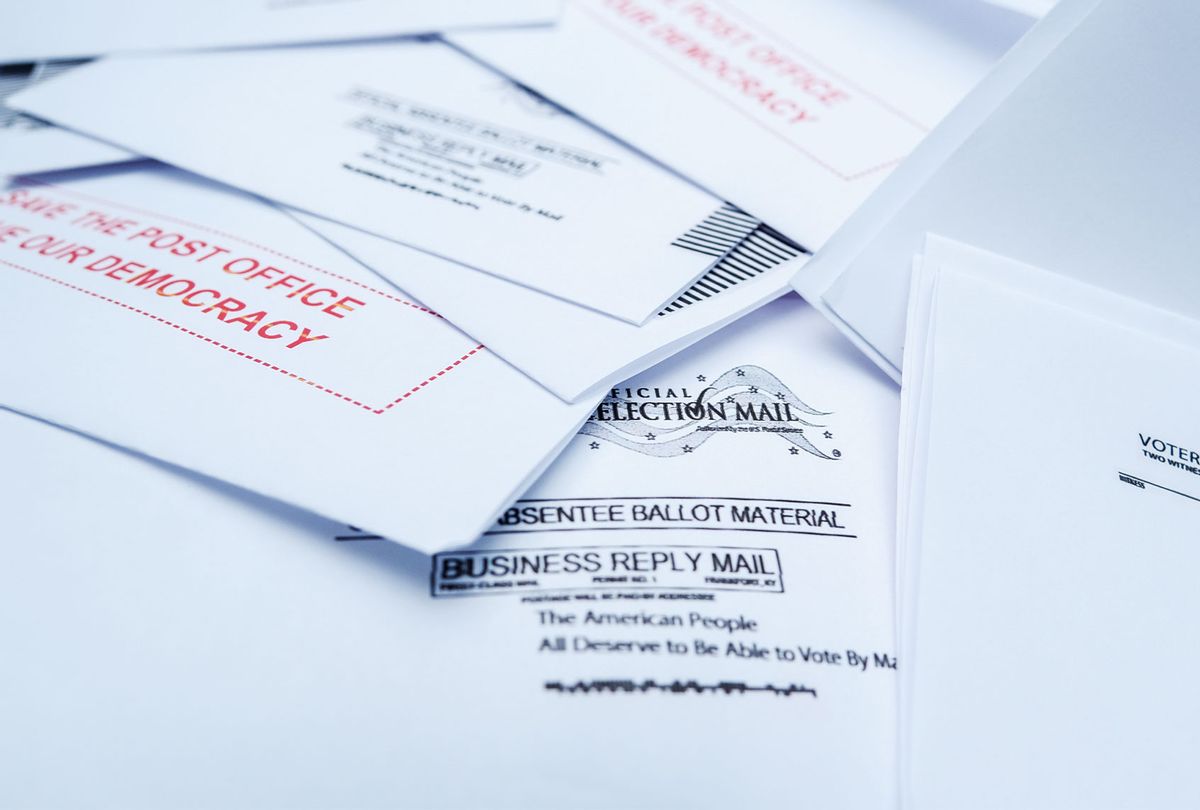 An official who oversees elections in Philadelphia warned Pennsylvania Republicans that as many as 100,000 voters could be disenfranchised if the state legislature does not change a mail ballot secrecy rule by November.

City Commissioner Lisa Deeley wrote in a letter to Republican legislative leaders that the state's rules requiring officials to reject "naked ballots" — or ballots sent without a second inner "secrecy envelope" — would "set Pennsylvania up to be the subject of significant post-election legal controversy, the likes of which we have not seen since Florida in 2000."

Deeley called on the legislature to eliminate the requirement after Pennsylvania's Supreme Court last week upheld the rule while otherwise siding with the state's Democratic Party to extend the ballot deadline and expand drop boxes.

"While everyone is talking about the significance of extending the mail ballot deadline, it is the naked ballot ruling that is going to cause electoral chaos," she asserted.

Based on previous rates of rejection, Deeley estimated that the rule would require officials to throw out 30,000 to 40,000 mail ballots in Philadelphia alone — and more than 100,000 statewide.

"When you consider that the 2016 election in Pennsylvania was decided by just over 44,000 votes, you can see why I am concerned," Deeley said, adding that these are "votes that will not be counted, all because of a minor technicality."

"At these speeds, there is no opportunity to stop, or even slow down, and identify how an individual voted," Deeley said. "The secrecy envelope exists now only as a means to disenfranchise well-intentioned Pennsylvania voters."

The issue affects voters from all parties, Deeley noted, and is expected to be a major problem given that many voters are casting ballots by mail for the first time.

"Anyone who advocates doing nothing to address this situation, in hopes that more Democratic ballots are thrown out than Republican ballots, is not being an effective policy maker and is not doing their job to make sure this election goes off well," Deeley wrote.

Deeley added that it would cost nothing to eliminate the requirement, instead saving tens of thousands of dollars.

"Failing to act will cost taxpayers heavily," she said, noting that the state would have to "invest heavily" in reaching out to voters to remind them to include the double envelope.

According to the National Conference of State Legislatures, 16 states in total require secrecy envelopes, including key states like Florida, Georgia, Minnesota and Texas. But few were decided by a margin as low as 44,292 votes — the margin by which President Donald Trump carried Pennsylvania in 2016.

Election forecaster FiveThirtyEight projects that there is a 31% chance that Pennsylvania will be the "tipping-point state" in the presidential election. The outlet highlighted the importance of the state, noting that Democratic nominee Joe Biden would have a 96% chance of winning the Electoral College if he wins Pennsylvania. Trump, meanwhile, has an 84% chance to win if he carries the state.

David Becker, the head of the Center for Election Innovation and Research, agreed with Deeley's assessment that "naked ballot" rule could affect a significant number of voters.

"For a lot of people, this is going to be their first experience voting by mail," Delaware County Councilwoman Christine Reuther added. "They didn't vote absentee, they didn't vote in the primary and this whole thing is going to seem really strange to them."

Trump, who has repeatedly espoused debunked conspiracy theories about voting by mail, has waged a costly legal battle over mail-in voting rules in Pennsylvania and other states. Trump and the Republican National Committee (RNC) have set up a $20 million legal fund for election-related legislation, BuzzFeed News reported. The president's campaign and the RNC have filed more than half a dozen lawsuits challenging mail-in voting rules, and they have asked judges to intervene in at least 11 other cases, according to the report.

"My biggest risk is that we don't win lawsuits," Trump told Politico in July. "We have many lawsuits going all over. And if we don't win those lawsuits, I think — I think it puts the election at risk."

Over the weekend, Trump reiterated that he was relying on federal courts to determine the election winner.

"We're counting on the federal court system to make it so that we can actually have an evening where we know who wins, OK," he said at a rally in North Carolina. "Not where the votes are going to be counted a week later — two weeks later."