“The Choice 2020: Trump vs. Biden” gives insight into the "life method" of our next president 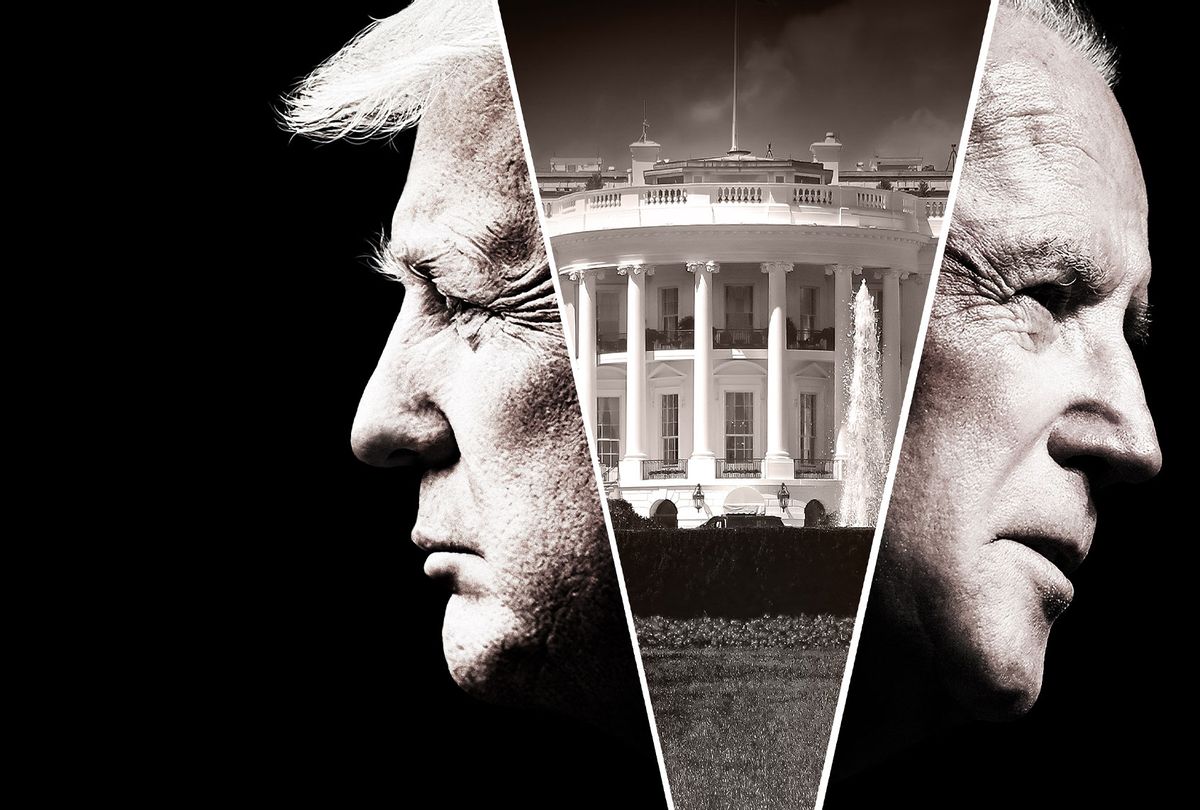 The United States electorate is more divided than it has ever been. Every new breaking development in the current presidential race between Donald Trump and his Democratic challenger Joe Biden only draws the fault lines in our society in a bolder pen. And 42 days before what may stand to be the most emotionally charged, toxic election in generations, the polling data shows that most American voters have already made their choice.

This would seem to render PBS' "The Choice 2020: Trump vs. Biden" superfluous. Not quite.

The recurring presidential candidate profile that has aired on  "Frontline" every four years since 1988, may seem a bit less essential in these frantic days, when every headline sounds an alarm about a new assault on our democracy or announces a society-shifting tragedy, the latest being the death of liberal Supreme Court Justice Ruth Bader Ginsburg, removing the only barrier to a conservative majority ruling the highest court in the land.

But Michael Kirk never creates any edition of "The Choice" with the goal of persuading viewers as to the worthiness of one presidential candidate versus another. Instead the longtime "Frontline" producer takes an approach that ensures each edition stands the test of time, distilling the intimate histories of each man into a central idea that Kirk refers to as "their life method."

"What has each done at critical times – facing crises, troubles, obstacles – that reveal in some way something that will help us be predictive about them as a president?" Kirk explained in a recent interview with Salon.

Kirk has produced five out of the last six installments of "The Choice," meaning he's been tasked to shape some of the most contentious and consequential presidential face-offs in memory into an even-handed dual portrait. But this particular edition would seem uniquely challenging, regardless of the highly structured approach he uses to arrive at each candidate's "life method."

He breaks it down by explaining that the producers sift through each candidate's personal history to find recurring story events. Those coalesce into a narrative that provides a window into each candidate's interiority, which is a far more interesting way of looking at Biden and Trump than simply evaluating their stated platforms, or going by what historians, journalists or their surrogates have to say about them.

But they lend their perspective on events and traits that don't succumb to the news cycle, Kirk explains, the constants in each man's life that guide these two hours. This prevents the crush of headlines from diverting Kirk or his team from fulfilling the project's mission.

And when it comes to Trump and Biden, Kirk and his staff had their work cut out for them.

On one side you have Trump, an incumbent skilled at manipulating the media and creating an obfuscating cloud of distraction and rage that has floated around him since the day he was sworn in.

From that moment, Kirk produced a number of "Frontline" hours that have examined Trump's policies and profiled the men who have the greatest influence on him, and his impact on American government itself. So between those in-depth reports and what appears in the 2016 edition of "The Choice," where Kirk juxtaposed Trump's story and Hillary Clinton's, the filmmaker has a mountain of material to sort.

However, as Kirk points out, finding another angle for Trump's profile in the current biography wasn't difficult because now we know what kind of president he is, which shed a new light on an aspect of Trump's story Kirk says he didn't explore very much in the first go-round: his marriage to Ivana.

"We were more focused on this idea we had of him as this kind of swashbuckler who really wasn't good as anything, but a salesman. The relationship with Ivana was more about glitz and celebrity," Kirk explained.

Looking back now grants a new understanding about why Trump has difficulties keeping a steady group of advisers around him. "The Ivana relationship becomes one where for the first time in his life, the only time in his life, he tries to form a bond with another equivalent human being, in his mind," Kirk observed.

When Trump realized he basically married a female version of himself, "he basically destroys her through the horrible headlines, everything. He just viciously goes after her. Well, that's a very important thing to know. I hadn't thought about the example of that and what it tells me about him as a president now sitting in the Oval Office, largely alone, except for TV screens that have his friends at Fox or One America News on them."

Biden presents a different challenge. Kirk said it's often easier to profile the side of a challenger as opposed to an incumbent president because the White House has tight control over who they roll out. But Biden already has a long history in public service to examine, including aspects of his personality that make a portion of the electorate view him as a compromise candidate as opposed to a system-shifting visionary.

What Kirk found on that half of his research is that there is what he thinks of as a secret Joe Biden not many people know. "The thing about Biden is he's not a super brain, right? He's not a guy who was going to get there in the Senate or anywhere else based on his intellectual ability or even flights of unbelievable thinking about ideology or where the Democratic party ought to be or anything like that. Academics were not his big thing."

"But a lot of people haven't spent a lot of time chasing 'hail fellow well met' Joe Biden any deeper than his gaffes, his mistakes and his big stumbles," Kirk said. "And we determined at the very beginning, after reading everything and being sort of unhappy about almost everything that had ever been written about him or said about him, that there's a reason Joe Biden has stuck around for 50 years. What's the deal? Who likes him? How does he do it?"

"The Choice 2020: Trump vs. Biden" answers that question in a fascinating way that doesn't hold back on showing that Biden's propensity for appropriating stories and personas to win hearts and minds goes back to the very start of his political career. A refrain in Biden's half of the story is that he seems to regularly find himself in situations requiring him to apologize, and he's always getting back up and soldiering on.

One of the many aspects of Biden's that this "Frontline" handles with great sensitivity and care, and with no shortage of thoughtfulness from Atlantic staff writer John Hendrickson, is the subject of Biden's stutter.

Anyone who has some knowledge of Biden's life story can probably predict that when placed beside Trump's, he comes off as more empathetic and comforting. But then, that's a matter of perspective.

If the state of our union in 2020 is a loud argument between the forces who define American by its strength and primacy, Trump's profile in "The Choice" as a ruthless bully set on winning above everything else would seem to be a reason to return him to office by those who venerate power. Biden's reputation as a man who has suffered and therefore has some familiarity with grief and resilience also comes through, and anyone seeking to cast their vote for a comforting, stabilizing leader should have any doubts about that allayed.

"The Choice" isn't going to change anyone's mind this late in the game, and that isn't its purpose. But it will paint a very clear picture of what we may be getting into over the next four years, and forewarning is equally as useful right now, if not more so.

"The Choice 2020: Trump vs Biden" premieres Tuesday, Sept. 22 at 9 p.m. on PBS member stations and on YouTube, and is available stream on the "Frontline" website.