“With the unsolicited millions of ballots that they’re sending, it’s a scam," Trump says. "It’s a hoax" 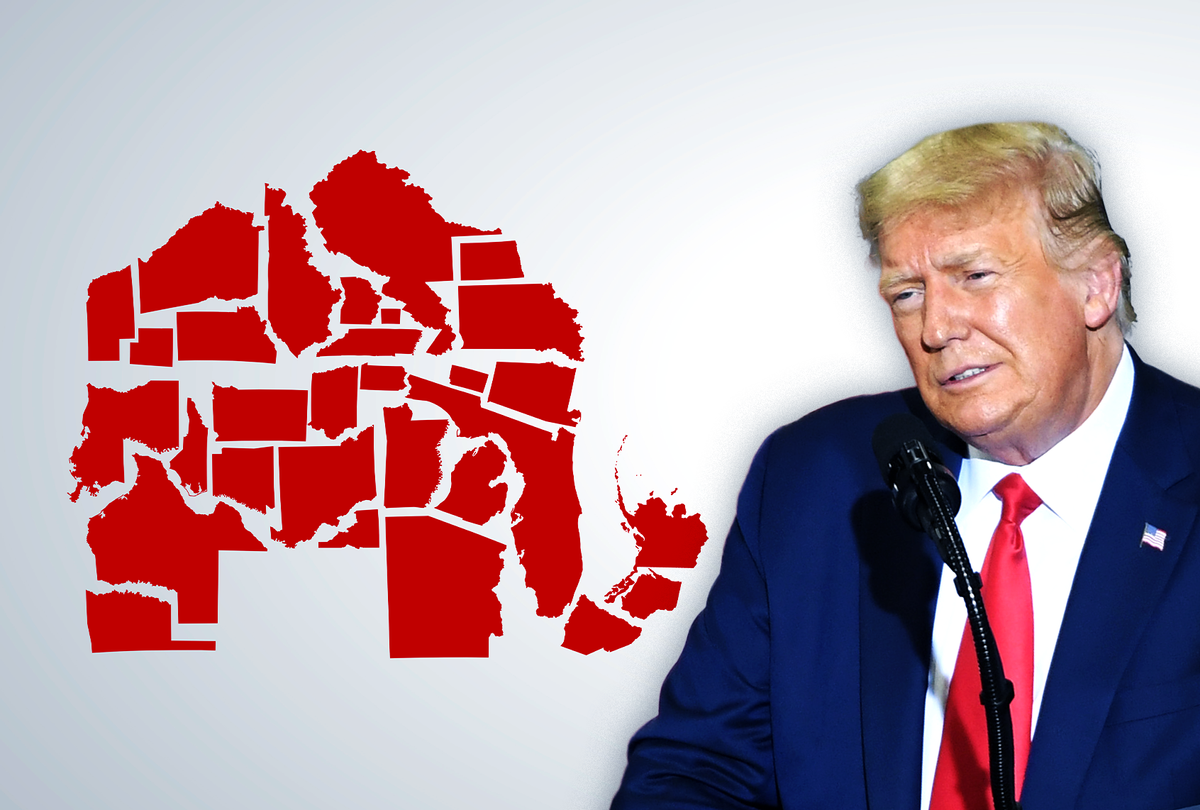 In a startling frank admission, President Donald Trump told reporters on Tuesday that he believes the country needs to have nine Supreme Court justices because of the millions of mail-in ballots at play in the 2020 election.

"We need nine justices. You need that," he said. "With the unsolicited millions of ballots that they're sending, it's a scam. It's a hoax. Everybody knows that. And the Democrats know it better than anybody else. So you're gonna need nine justices up there, they're going to be very important."

Critics of the president, including many here at AlterNet, have been arguing for months that Trump clearly sees his best chance at victory to be an early declaration that he's won on Eleciton Night, challenging any mail-in ballots that might be breaking toward former Vice President Joe Biden in key states, and taking any legal fight to the Supreme Court stacked with conservative judges. With the death of Justice Ruth Bader Ginsburg, Trump now has the opportunity to install a sixth conservative justice, giving him an even better chance of having any election-related ruling break his way. And he also is using the very chaos and uncertainty he is fomenting around the election to justify the extremely rushed schedule the GOP has laid down for confirming a nominee.

Trump's plan to win the election by challenging votes that go against him has been clear for months now. It's also entirely and transparently corrupt. While Trump focused on the idea of unsolicited ballots as the key problem in his remarks above, he and his allies, such as Attorney General Bill Barr, often deride mail-in ballots generally. But then they make telling exceptions, such as Trump's claim that despite the supposed problems with mail-in voting, sending ballots through the post in Florida — where he votes and where the GOP has long relied on mail-in votes — is perfectly acceptable.

He just wants to create enough doubts around the ballots so he can target them wherever it happens to be convenient, and then leave his fate in the hands of the Supreme Court. It's worked before — Republicans won the presidency in 2000 after the infamous Florida recount and the Supreme Court case of Bush v. Gore.

Trump recently mentioned another component of his plan at a rally — the baseless assertion that a winner must be declared on Election Night, despite the fact that many states actually require ballots to be counted for many days after if they have the right postmark.