A breakthrough week on climate: With bold pledges, China and California take the lead 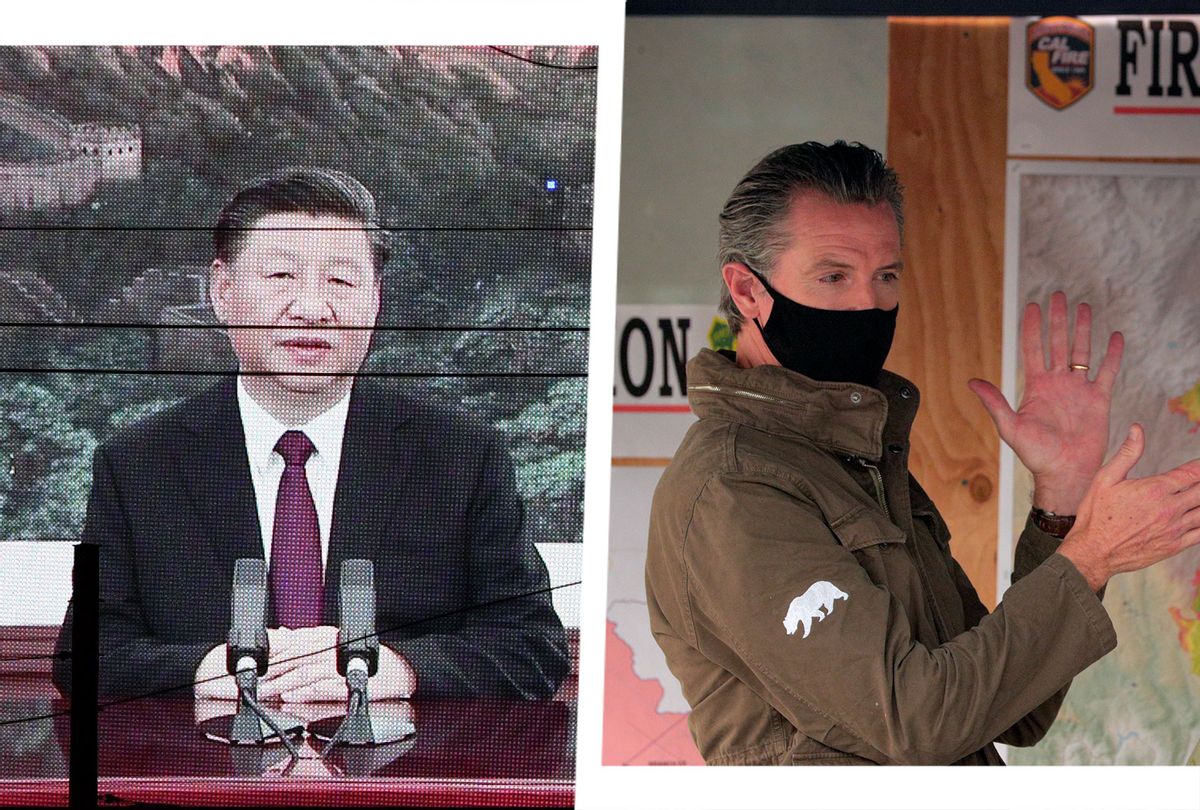 Setting aside the signing of the Paris agreement — a historic global accord from which the United States has now backed away — there may never have been as big a week for climate progress as this one.

First, the government of China presented itself as the global successor to the U.S. role abandoned by President Trump. In an address before the UN General Assembly, President Xi Jinping announced that China would accelerate its peak emissions date — that is, the point after which the nation's carbon emissions will begin to decrease — and would commit to net-zero climate impact by 2060. By placing China solidly ahead of the U.S. in both of those categories — our government has pledged neither peak emissions nor net zero — Beijing has upped the global expectations game.

Because China is by far the globe's the current biggest emitter, and because its centrally managed economy has the capacity to make economic transitions far faster than Europe, the U.S. or India, China's pledge — while leaving plenty of loopholes and remaining thin on implementation details — is an enormous step forward. Scientists have estimated that this decision, by itself, could cut global temperature increases by about  0.3 degrees.

This also signals that China views its existing commitments to renewable electricity and zero-emissions electrified vehicles as core economic drivers of global leadership. China's decision will make fossil fuels far less attractive to investors, even in countries that may not themselves yet embrace climate leadership. (I can think of one right now.) If China is going to drive coal power out of its system, and replace gasoline and diesel fuel with electricity, global markets will follow — whatever Trump, Brazilian President Jair Bolsonaro and Saudi Arabia's Prince Mohammed bin Salman might prefer.

Then, barely 24 hours after Xi's announcement at the UN, California Gov. Gavin Newsom, on the hood of a red Ford Mustang Mach-E — a new all-electric model — signed an executive order instructing the state's Air Resources Board to use its authority to ban the sale of fossil-fuel-powered passenger vehicles by 2035, and that to ensure that by 2045 all cars and trucks on California highways have zero carbon emissions. Media coverage has mostly focused on the 2035 ban on sales of gasoline-powered cars, but the 2045 deadline is actually significantly more stringent and will bring down emissions even faster.

In his commentaries on California's apocalyptic fire season, Newsom has made clear that he planned to respond to the clear signals that the climate crisis has reached a new state of emergency, one that requires political leaders to greatly accelerate decarbonization — which he has just done.

This will leave the president seething, no doubt, but there's not much he can do about it in the waning days of his first term. California has 14 other states plus the District of Columbia teed up to follow its lead, and taken together they represent about half the U.S. vehicle market. At one stroke of a governor's pen, America has suddenly rejoined the global clean energy and electrified transportation movement — only one day after China stepped into the limelight as its new leader.