Along with Susan Collins and Martha McSally, Tillis is among the incumbent GOP senators considered most vulnerable 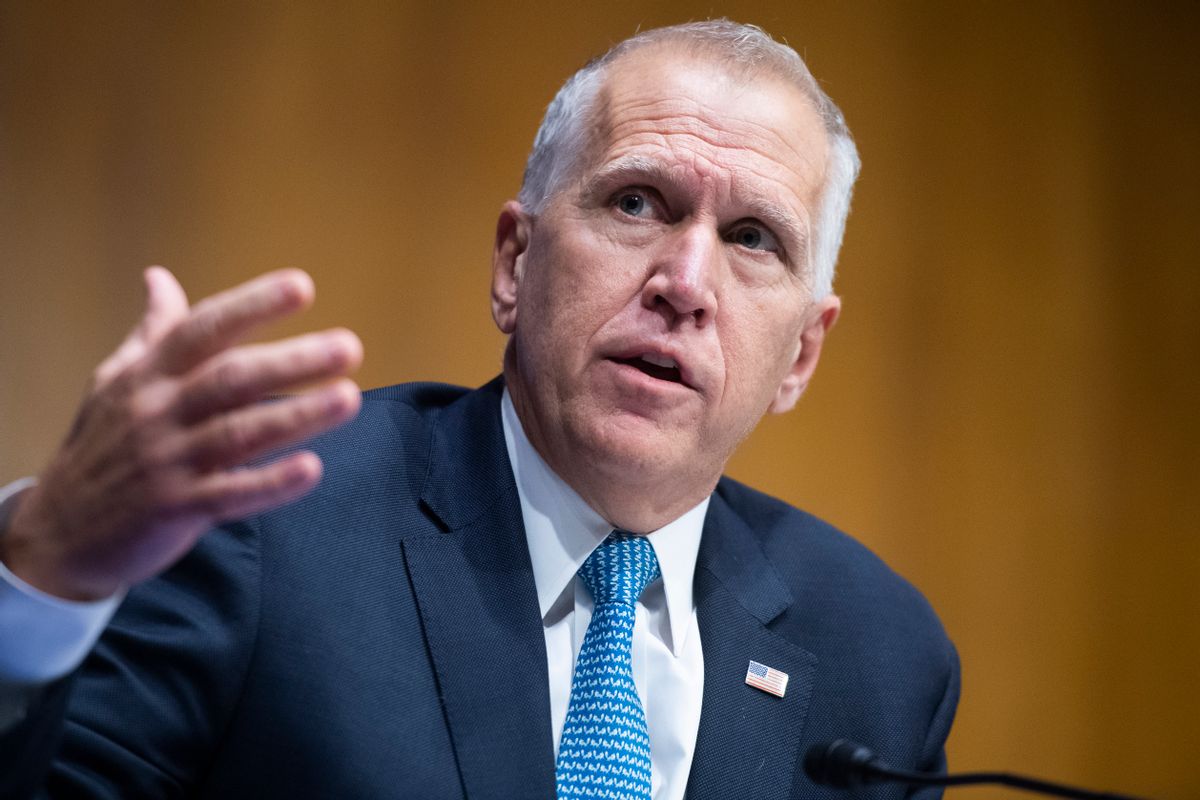 North Carolina is among the swing states that reporters will be keeping an especially close eye on between now and November 3. Polls have been showing a close presidential race in North Carolina, which is also where incumbent GOP Sen. Thom Tillis and his Democratic challenger, Cal Cunningham, are battling for a U.S. Senate seat. And North Carolina's U.S. Senate race, according to Associated Press reporter Gary D. Robertson, has become even more intense following the death of U.S. Supreme Court Justice Ruth Bader Ginsburg on September 18.

President Donald Trump and Senate Majority Leader Mitch McConnell are pushing for a Supreme Court nominee to be confirmed as quickly as possible, and Democrats are furious with McConnell because of his blatant hypocrisy: in 2016, following the death of Justice Antonin Scalia, McConnell refused to even consider President Barack Obama's centrist nominee, Judge Merrick Garland — arguing that it was unfair to fill Scalia's seat during a presidential election year. Two Republican senators, Maine's Susan Collins and Alaska's Lisa Murkowski, have joined Democrats in saying that Ginsburg's seat shouldn't be filled before Election Day, but Tillis is siding with Trump and McConnell.

Tillis, Robertson explains, told "Trump rally participants in Fayetteville last weekend that he would vote to confirm any of the candidates on Trump's list" and "dismissed the idea that his support for a Trump nominee's confirmation so close to the election ran counter to him joining with other Republican senators in 2016 to refuse to vote on then-President Barack Obama's nominee in an election year."

Tillis is rationalizing his hypocrisy by saying that in 2016, Obama "was on his way out the door" when he nominated Garland. But Trump could also be "on his way out the door" if former Vice President Joe Biden defeats him in November. That remains to be seen. In the meantime, Cunningham is calling out Tillis' hypocrisy, saying that "he trusted and wanted to hear from the American people in 2016. He doesn't today."

Robertson reports, "Preparations for the political fight over Ginsburg's successor brought a new acuity to the differences between Cunningham and Tillis in the closely watched race. Democrats need to flip four seats to ensure chamber control. The North Carolina Senate race has attracted the most outside campaign spending of any federal race this year save for the presidential campaign, with $65 million targeting the two candidates already for the general election, the Center for Responsive Politics said."

Along with Collins, Arizona's Martha McSally and Colorado's Cory Gardner, Tillis is among the incumbent GOP senators who is considered vulnerable in the 2020 election. Polls released in September have found Tillis trailing Cunningham by 5% (CNBC/Change Research and New York Times/Siena), 6% (Civitas/Harper and Emerson), 4% (Reuters/Ipsos and USA Today/Suffolk), 1% (CNN) or 7% (WRAL-TV/Survey USA).