Sanders tells Fox that Trump doesn’t plan to exit: He doesn't expect "any type of transfer of power"

Americans “will question that final result” because of the increased use of mail-in ballots, Sarah Sanders claims 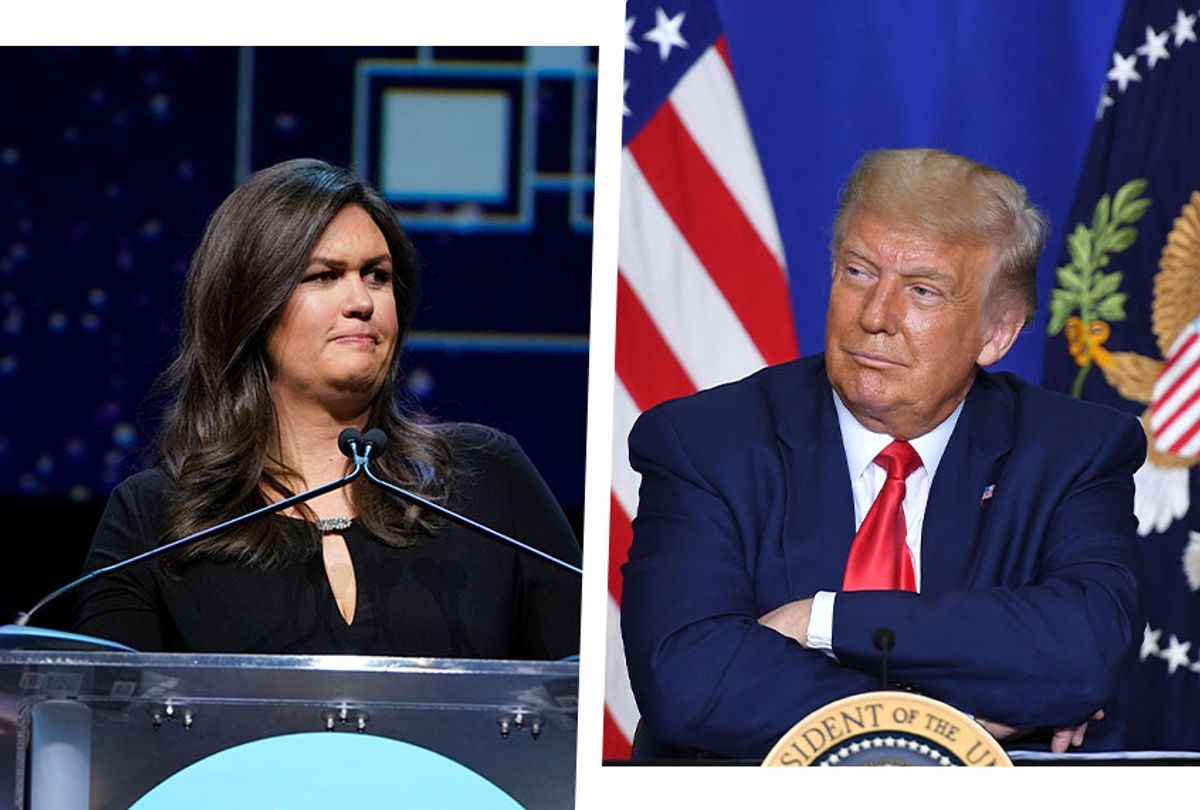 Former White House Press Secretary Sarah Sanders said on Thursday that President Donald Trump is not planning for a peaceful transfer of power because he expects to win.

During a press conference on Wednesday, Trump refused to commit to a peaceful transfer of power if he loses in November.

"We're going to have to see what happens. You know that I have been complaining very strongly about the ballots. And the ballots are a disaster," he remarked. "Get rid of the ballots, and you'll have a very peaceful — there won't be a transfer, frankly. There'll be a continuation."

Sanders appeared on Fox News and was asked about the president's comments.

"I think the president feels like many Americans — that it's not going to matter, because he's going to win on Election Day," Sanders opined. "And he'll be serving another four years, so I don't think he expects to need to have any type of transfer of power."

According to Sanders, many Americans "will question that final result" because of the increased use of mail-in ballots.

When the conversation turned to the upcoming debate, the former White House press secretary attacked the media.

"I think if Joe Biden doesn't fall asleep on stage, the media will declare him the winner regardless of how well the president does," Sanders insisted.