Here are six key races you should be paying attention to 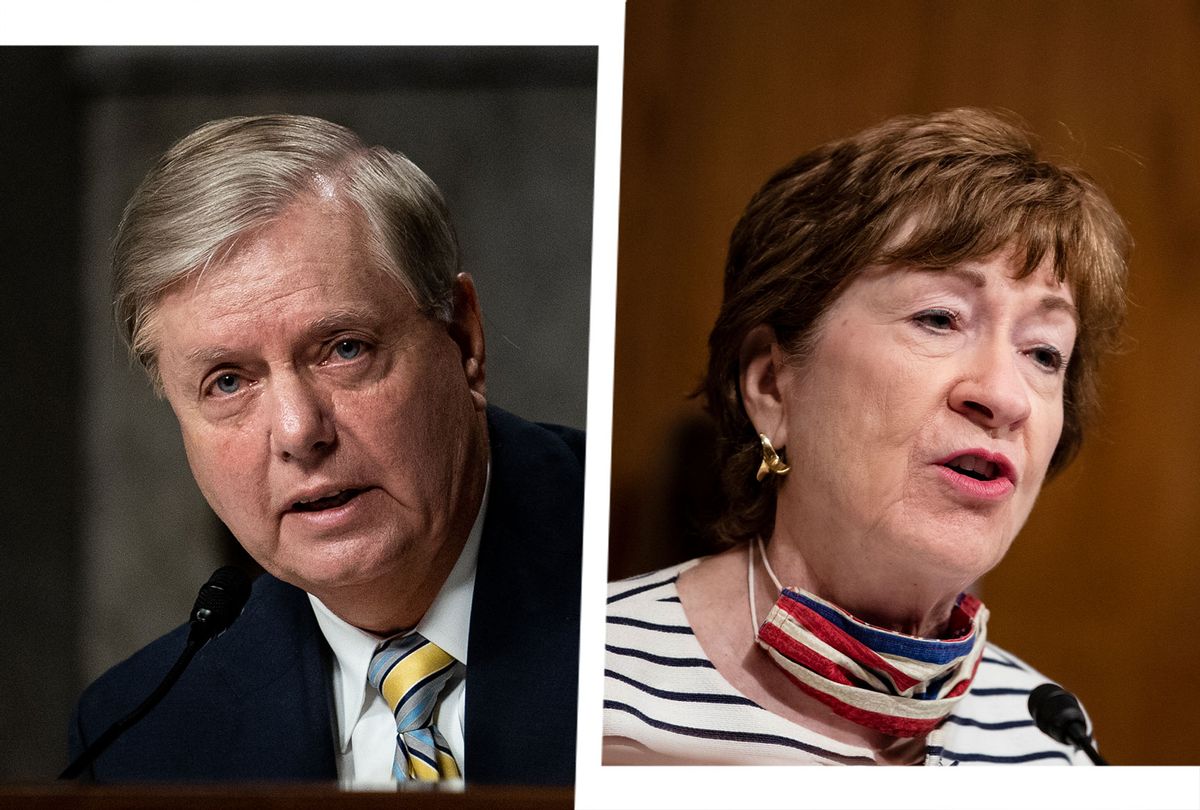 This November, we have an opportunity to harness your energy and momentum into political power and not just defeat Trump, but also flip the Senate. Here are six key races you should be paying attention to.

1. The first is North Carolina Republican senator Thom Tillis, notable for his "olympic gold" flip-flops. He voted to repeal the Affordable Care Act, then offered a loophole-filled replacement that excluded many with preexisting conditions. In 2014 Tillis took the position that climate change was "not a fact" and later urged Trump to withdraw from the Paris Climate Accord, before begrudgingly acknowledging the realities of climate change in 2018. And in 2019, although briefly opposing Trump's emergency border wall declaration, he almost immediately caved to pressure.

But Tillis' real legacy is the restrictive 2013 voter suppression law he helped pass as Speaker of the North Carolina House. The federal judge who struck down the egregious law said its provisions "targeted African Americans with almost surgical precision."

Enter Democrat Cal Cunningham, who unlike his opponent, is taking no money from corporate PACs. Cunningham is a veteran who supports overturning the Supreme Court's disastrous Citizens United decision, restoring the Voting Rights Act, and advancing other policies that would expand access to the ballot box.

2. Maine Senator Susan Collins, a self-proclaimed moderate whose unpopularity has made her especially vulnerable, once said that Trump was unworthy of the presidency. Unfortunately, she spent the last four years enabling his worst behavior. Collins voted to confirm Trump's judges, including Brett Kavanaugh, and voted to acquit Trump in the impeachment trial, saying he had "learned his lesson" through the process alone. Rubbish.

Collins' opponent is Sara Gideon, speaker of the House in Maine. As Speaker, Gideon pushed Maine to adopt ambitious climate legislation, anti-poverty initiatives, and ranked choice voting. And unlike Collins, Gideon supports comprehensive democracy reforms to ensure politicians are accountable to the people, not billionaire donors.

Another Collins term would be six more years of cowardly appeasement, no matter the cost to our democracy.

3. Down in South Carolina, Republican Senator Lindsey Graham is also vulnerable. Graham once said he'd "rather lose without Donald Trump than try to win with him." But after refusing to vote for him in 2016, Graham spent the last four years becoming one of Trump's most reliable enablers. Graham also introduced legislation to end birthright citizenship, lobbied for heavy restrictions on reproductive rights, and vigorously defended Brett Kavanaugh. Earlier this year, he said that pandemic relief benefits would only be renewed over his dead body.

His opponent, Democrat Jaime Harrison, has brought the race into a dead heat with his bold vision for a "New South." Harrison's platform centers on expanding access to healthcare, enacting paid family and sick leave, and investing in climate resistant infrastructure.

Graham once said that if the Republicans nominated Trump the party would "get destroyed," and "deserve it." We should heed his words, and help Jaime Harrison replace him in the Senate.

4. Let's turn to Montana's Senate race. The incumbent, Republican Steve Daines, has defended Trump's racist tweets, thanked him for tear-gassing peaceful protestors, and parroted his push to reopen the country during the pandemic as early as May.

Daine's challenger is former Democratic Governor Steve Bullock. Bullock is proof that Democratic policies can actually gain support in supposedly red states because they benefit people, not the wealthy and corporations. During his two terms, he oversaw the expansion of Medicaid, prevented the passage of union-busting laws, and vetoed two extreme bills that restricted access to abortions.The choice here, once again, is a no-brainer.

5. In Iowa, like Montana, is a state full of surprises. After the state voted for Obama twice, Republican Joni Ernst won her Senate seat in 2014. Her win was a boon for her corporate backers, but has been a disaster for everyone else.

Ernst, a staunch Trump ally, holds a slew of fringe opinions. She pushed anti-abortion laws that would have outlawed most contraception, shared her belief that states can nullify federal laws, and has hinted that she wants to privatize or fundamentally alter social security "behind closed doors."

Her opponent, Democrat Theresa Greenfield, is a firm supporter of a strong social safety net because she knows its importance firsthand. Union and Social Security survivor benefits helped her rebuild her life after the tragic death of her spouse. With the crippling impact of coronavirus at the forefront of Americans' minds, Greenfield would be a much needed advocate in the Senate.

6. In Arizona, incumbent Senate Republican Martha McSally is facing Democrat Mark Kelly. Two months after being defeated by Democrat Kyrsten SINema for Arizona's other Senate seat, McSally was appointed to fill John McCain's seat following his death. Since then, she's used that seat to praise Trump and confirm industry lobbyists to agencies like the EPA, and keep cities from receiving additional funds to fight COVID-19. As she voted to block coronavirus relief funds, McSally even had the audacity to ask supporters to "fast a meal" to help support her campaign.

Mark Kelly, a former astronaut and husband of Congresswoman Gabby Giffords, became a gun-control activist following the attempt on her life in 2011. His support of universal background checks and crucial policies on the climate crisis, reproductive health, and wealth inequality make him the clear choice.

These are just a few of the important Senate races happening this year.

In addition, the entire House of Representatives will be on the ballot, along with 86 state legislative chambers and thousands of local seats.

Winning the White House is absolutely crucial, but it's just one piece of the fight to save our democracy and push a people's agenda. Securing victories in state legislatures is essential to stopping the GOP's plans to entrench minority rule through gerrymandered congressional districts and restrictive voting laws — and it's often state-level policies that have the biggest impact on our everyday lives. Even small changes to the makeup of a body like the Texas Board of Education, which determines textbook content for much of the country, will make a huge difference.

Plus, every school board member, state representative, and congressperson you elect can be pushed to enact policies that benefit the people, not just corporate donors.

This is how you build a movement that lasts.