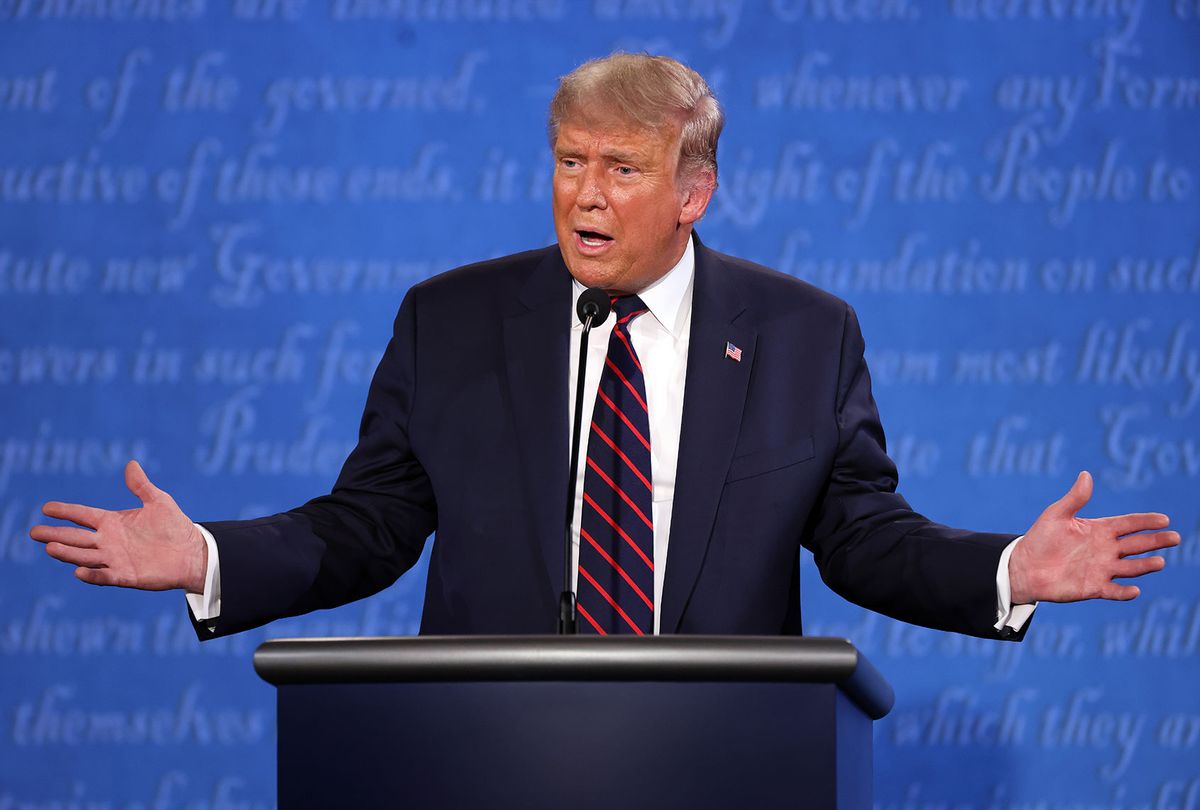 President Donald Trump participates in the first presidential debate against Democratic presidential nominee Joe Biden at the Health Education Campus of Case Western Reserve University on September 29, 2020 in Cleveland, Ohio. This is the first of three planned debates between the two candidates in the lead up to the election on November 3. (Win McNamee/Getty Images)
--

"Last night's debate made clear that additional structure should be added to the format of the remaining debates to ensure a more orderly discussion of the issues," the commission said. "The CPD will be carefully considering the changes it will adopt and will announce those measures shortly."

The commission also thanked Fox News' Chris Wallace for showing "professionalism and skill" and promised that future debate moderators would have "additional tools to maintain order" at the remaining debates.

Trump's performance was widely panned, even by some Fox News hosts, after he spent much of the evening refusing to let his opponent finish making his points.