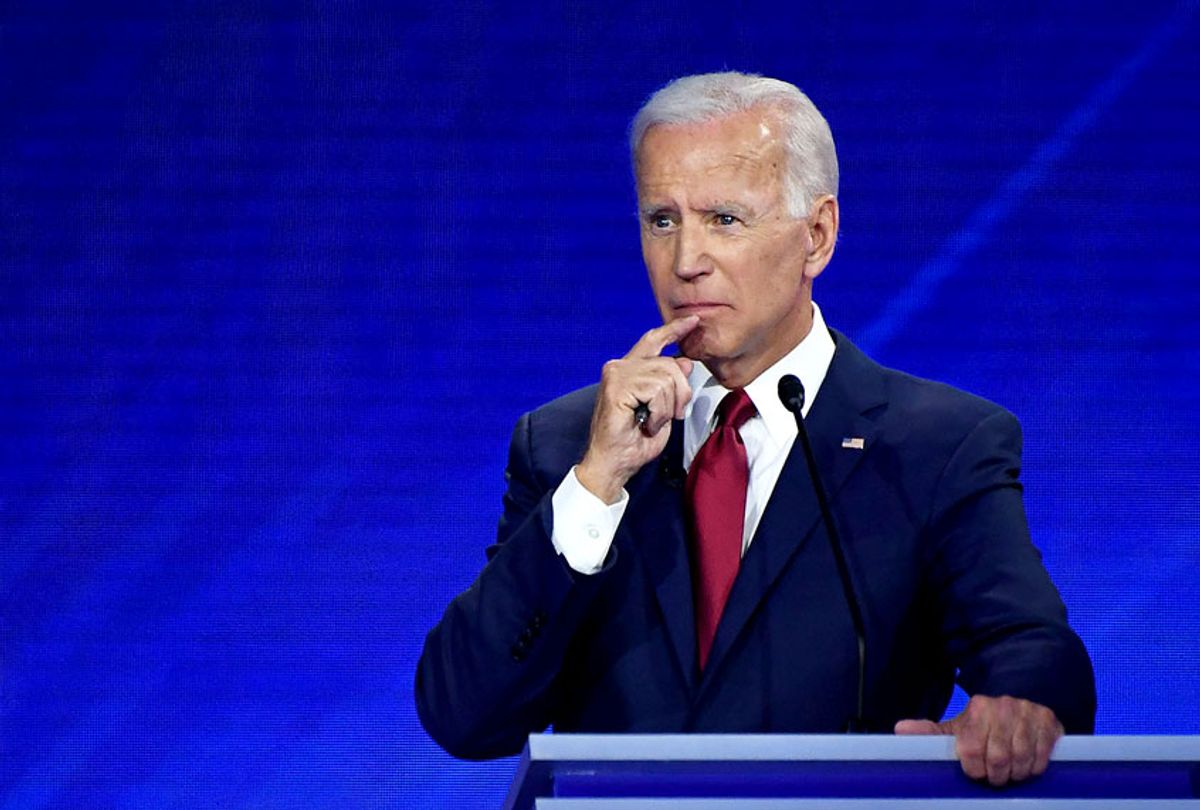 "Would you just shut up, man," Biden declared towards the end of an initial round of questioning after Trump refused to stop interrupting him.

"This debate is chaotic and unfocused because Chris Wallace and his team didn't have the guts to control the mics," commented John Nichols of The Nation. "The interruptions don't add anything to the discourse. They disrupt it."

For many progressive commentators, it was both a grotesque and depressing political and media display given the current realities in the world.

"I have nothing snarky to say," tweeted journalist and former Bernie Sanders campaign speechwriter David Sirota at 9:20 pm. "I have only this to say: this is a sad state of affairs when thousands are dying from a pandemic, an economic crisis is destroying millions of lives and climate change is burning down the planet's ecosystem."

Others, like Working Families Party national director Maurice Moe Mitchell, called on viewers to recognize what Trump's performance is designed to achieve:

"Wallace lost control immediately," lamented Zach Carter of the HuffPost, "there's nothing of substance to be gleaned from this fracas, and the president looks like a jerk."

"Tonight, America saw a sad, unhinged, orange-in-the-face embarrassment of a president who showed no temperament to lead this country," said Adam Green, co-founder of the Progressive Change Campaign Committee, in the wake of the debate.

The president, said Green, "would have done better to take Joe Biden's advice—and shut up, man—rather than show his inadequacy in tackling the coronavirus and economic plight of millions of Americans. It was an embarrassment. Joe Biden made clear that by replacing Donald Trump, we can achieve competence in the White House and address key progressive goals from health care to corporate accountability to tackling systemic racism."