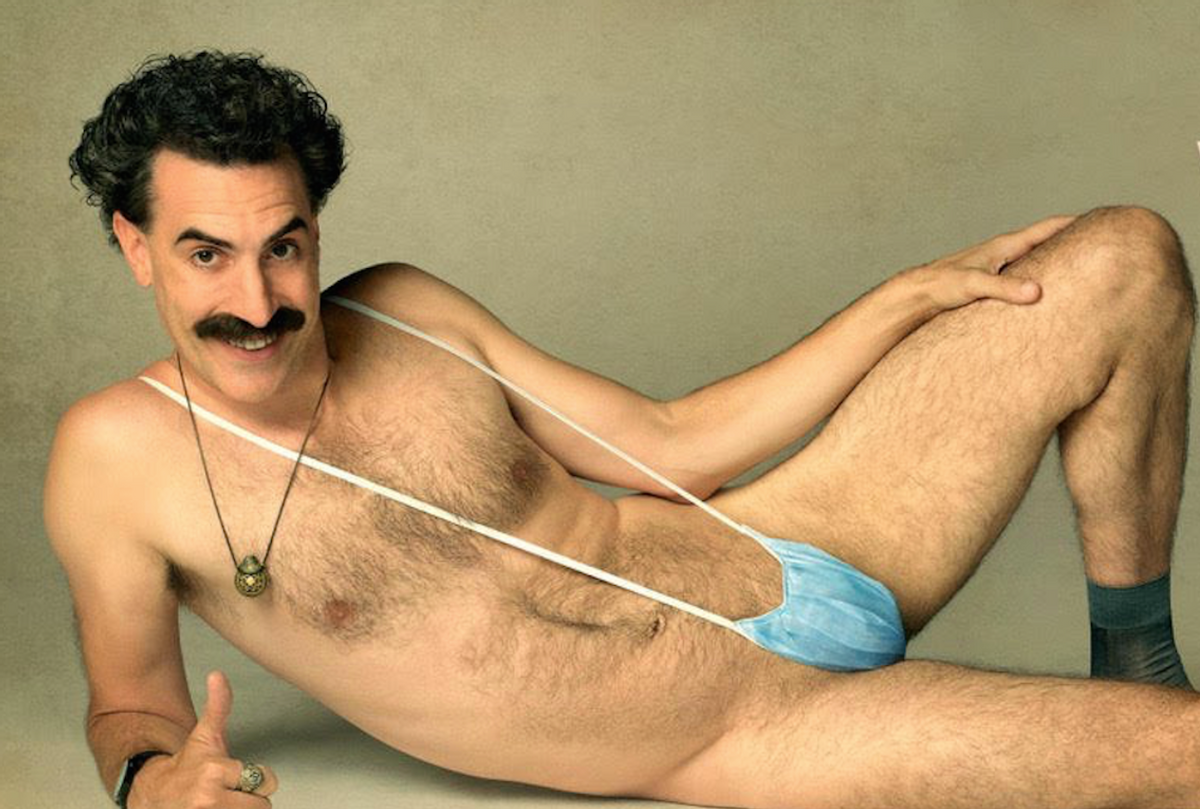 Ready or not, here comes Borat. Amazon has premiered the official trailer for Sacha Baron Cohen's comedy sequel, officially titled "Borat: Subsequent Moviefilm." No, the rumored title of "Borat: Gift of Pornographic Monkey to Vice Premiere Mikhael Pence to Make Benefit Recently Diminished Nation of Kazakhstan" was not true. The film picks up with Cohen's Kazakh journalist Borat following the blockbuster success of the 2006 movie as he returns to America with his daughter hoping to "gift her to someone close to the throne" (aka someone in the orbit of Donald Trump's White House).

Cohen shot the "Borat" sequel in secret over the summer. Fans of the comedian started to wonder what he was up to after news broke in June that Cohen crashed a far-right rally in Olympia, Washington, and convinced the crowd to sing a racist song with him. Cohen appeared dressed in overalls and a fake beard and sang about injecting kids with the "Wuhan flu." The event was for the Washington Three Percenters, a far-right militia group known for its gun advocacy.

Another Cohen prank leaked after New York Mayor Rudy Giuliani revealed in July that Cohen ambushed his interview at the Mark Hotel in New York City. During the middle of Giuliani's interview, a man believed to be Cohen stormed in "wearing a crazy" outfit that included "a pink bikini, with lace, underneath a translucent mesh top." Giuliani called the prank "absurd."

In addition to far-right groups and Giuliani, Cohen is also expected to take aim at Mike Pence, Donald Trump, and Jeffrey Epstein in "Borat 2." Deadline reported in September that Cohen risked his life on multiple occasions to film the "Borat" sequel, including wearing a bulletproof vest on at least two full days of filming.

The original "Borat" was a box office winner in 2006, grossing over $260 million worldwide. Cohen won the Golden Globe for Best Actor in a Motion Picture Comedy or Musical, and the film went on to land an Oscar nomination for Best Adapted Screenplay at the 79th Academy Awards. The film is often referred to as one of the best comedy films of the 21st century.

"Borat 2" will be released Oct. 23 on Amazon Prime. Watch the official trailer for the comedy sequel in the video below.