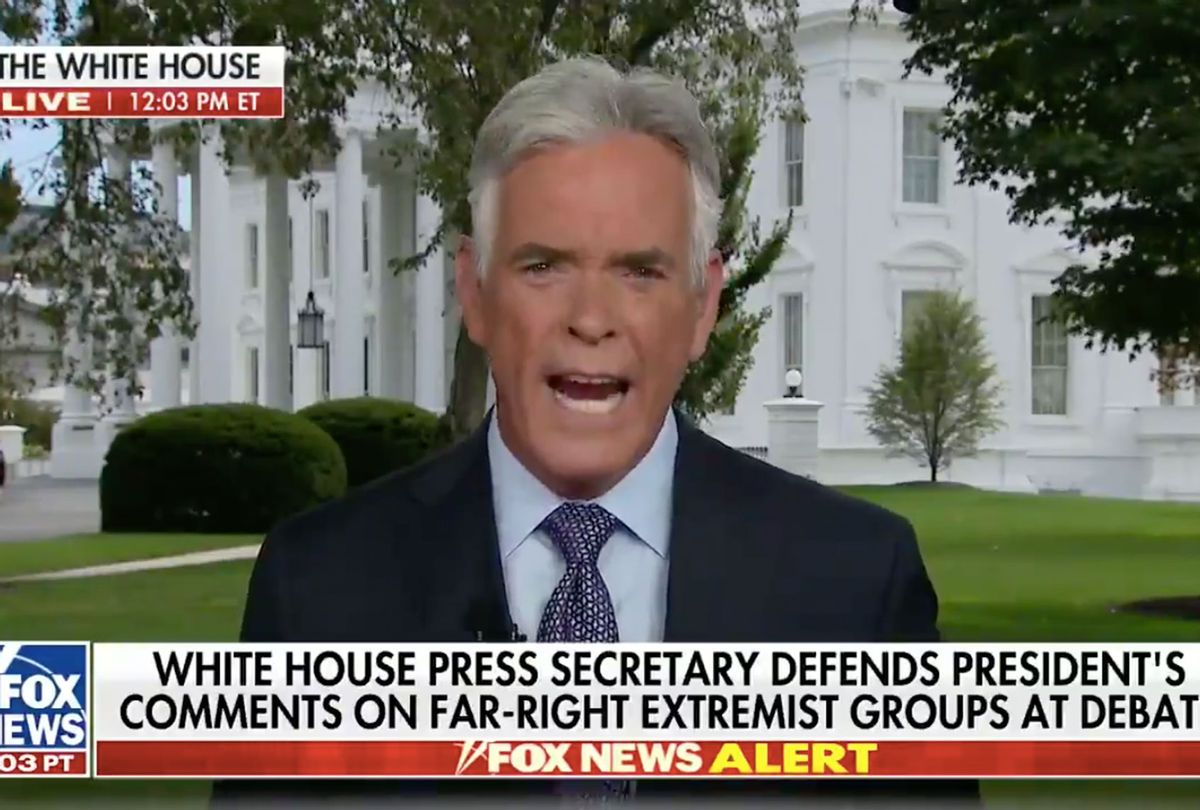 Fox News' John Roberts was enraged after the White House press briefing on Thursday in which Kayleigh McEnany refused to denounce white supremacy or explain why the president refuses to do so.

During Tuesday's debate, Trump hammered former Vice President Joe Biden on denouncing violent protesters, which Biden did, saying that violence is not the answer and anyone who induces violence should be prosecuted. President Donald Trump, by contrast, refused to condemn white supremacists and militias who are trying to stir up more unrest to help Trump craft a narrative that Democrats are dangerous and create violence.

"All of you on Twitter who were hammering me for asking that question, I don't care!" Roberts said after the contentious press briefing. "Because it's a question that needs to be asked and clearly the president's Republican colleagues, a mile away from here, are looking for an answer for it too. So stop deflecting! Stop blaming the media! I'm tired of it!"