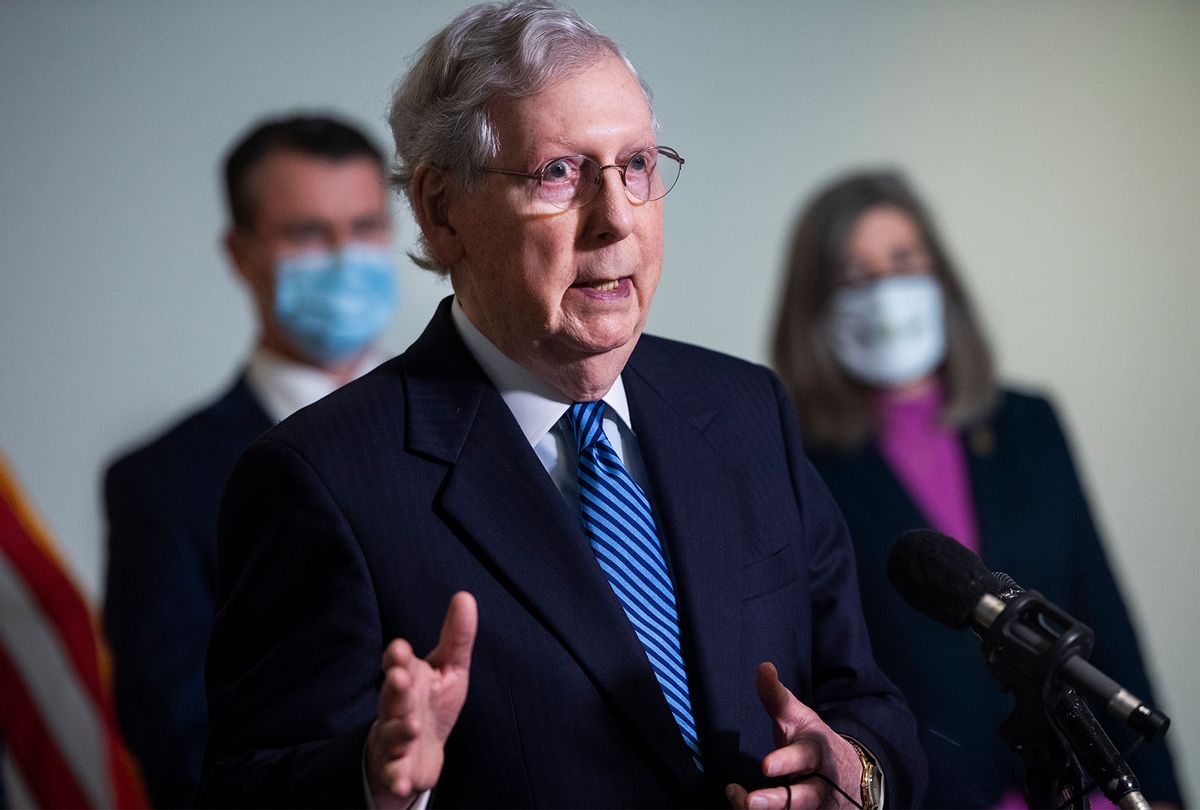 Senate Republicans are reportedly begging Majority Leader Mitch McConnell (R-KY) to send the Senate home for at least a week over fears that a mass COVID-19 infection could derail their plans to confirm Supreme Court nominee Amy Coney Barrett.

The Washington Post's Robert Costa reports that Republicans are asking McConnell to "take the Senate out of session next week" after multiple Republicans, including President Donald Trump and Sen. Mike Lee (R-UT) tested positive for the novel coronavirus in just the last day.

The idea will be to get the spread of the disease among GOP officials under control so that they can all be healthy in time to vote on Barrett in mid-October.

"If some in the Republican caucus get sick, we are screwed," one GOP senate aide tells Costa.

Sen. Lee on Friday said that he planned to stay in isolation for the next ten days after testing positive for the disease, with the goal of being healthy enough to work on Barrett's confirmation in the middle of the month.