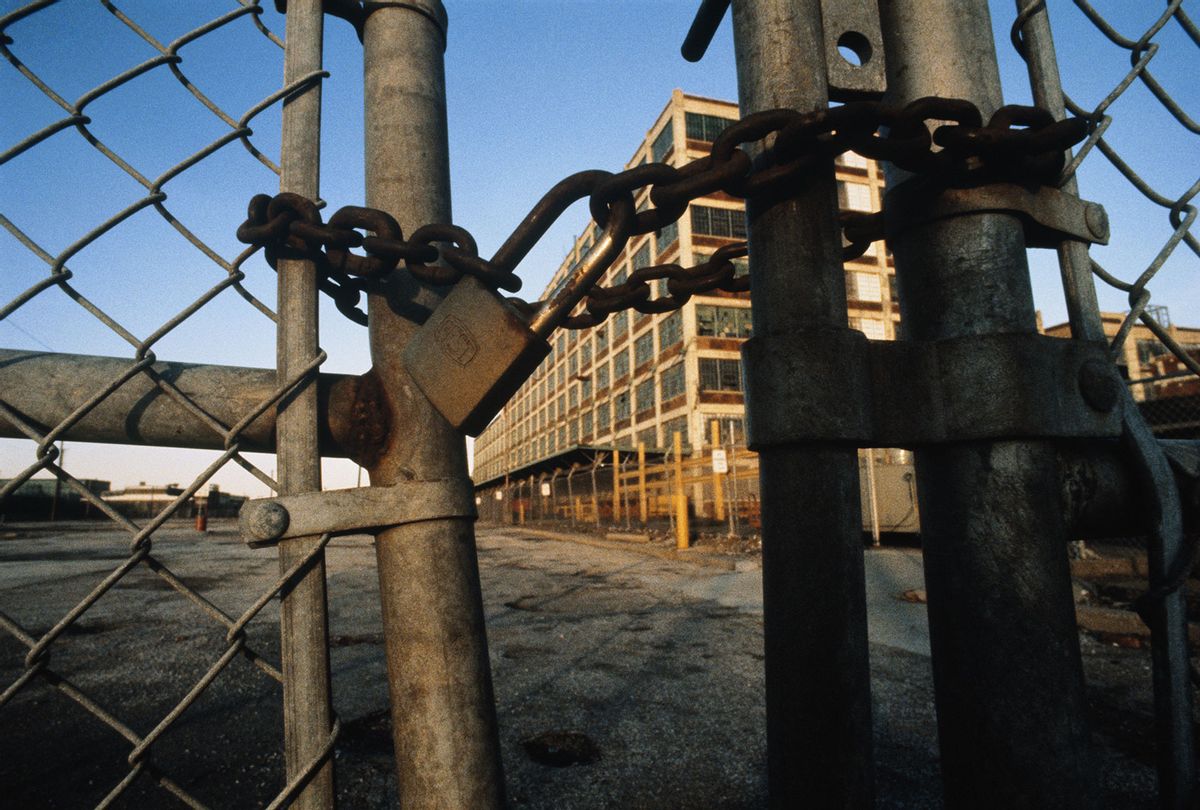 As all eyes were fixated on the story of Trump's COVID-19 infection, a number of big economic  news stories passed by the public eye. That is unfortunate particularly because those stories, when viewed together, paint a devastating picture of the near-future of the American economy.

First, the Department of Labor's Bureau of Labor Statistics released a jobs report that documented just how economically destructive Trump's COVID denial strategy has been. On Oct. 2, the Bureau of Labor Statistics reported that the country's recovery momentum had slowed last month, with the nation's employers adding only 661,000 jobs — much lower than the 800,000 that Wall Street analysts had expected.

The BLS data also indicated the loss of over 200,000 government jobs, primarily in state and local education — jobs which, in pre-pandemic times, would be ramping up as primary and secondary schools begin their semesters. The September jobs profile also ironically included 34,000 temporary U.S. Census workers, who are about to be terminated as the Census wraps up.

The report tried to spin September's jobs news in a positive light, noting "notable job gains….in leisure and hospitality, in retail trade, in health care and social assistance, and in professional and business services."

There are still tens of millions of unemployed and underemployed Americans on the sidelines as the country appears to be losing the battle with COVID-19. New infections are trending up, meaning further economic fallout is inevitable. The New York Time's daily tracking graph reports there are now 25 states where "new cases are higher and staying high." That's up from 18 states last week.

For James Parrott, an economist with the New School's Center for New York City Affairs, the top line job numbers obscured more troubling indicators. "We saw the Labor Force Participation rate drop to 61.4 percent," Mr. Parrott said in a phone interview. "Over the past year the non-institutional working age population increased by a million, but four million left the work force."

Unlike the unemployment statistics, which are subject to all sorts of complicated political massaging, the labor force participation rate is simple to calculate: you are either working, looking for work, or not in the labor market.

The labor force participation rate was 63.2 percent in January 2019. During Trump's COVID-19 economic collapse it nosedived to 60.2 percent in April, then headed back up to a still-anemic 61.7 percent in August, before dropping again last month to 61.4 percent.

Meanwhile, right-wing stinginess over unemployment assistance will have a further economic ripple effect. Trump and Republican Senate Majority Leader Mitch McConnell refused to extent the supplemental $600 a week pandemic unemployment payments past July 31. Economists say the effects of that decision won't be fully felt until Christmas.

"We also see that personal income data showed a decline in household income in August because of the loss of the $600 pandemic supplemental unemployment, which will result in a decline in consumer spending that should hit leading up into the holidays," Parrott noted.

The New School economist expressed concerns the national statistics were failing to capture the "unprecedented loss of small businesses" that "we don't see in a normal recession."

A divergent economic situation is now accelerating U.S. wealth concentration on a scale not seen since the eve of the last Great Depression. As CNN reported, America's billionaires have seen their cumulative fortunes rise by $845 billion since the pandemic began.

Joseph Wilson, a labor historian and union consultant, observed that "the American pandemic recovery model is speeding down the wrong track: the Treasury Department's vault is wide open to the tune of trillions for the largest corporations, bond holders and hedge funds, while the $600 dollar per week Federal Pandemic Unemployment Compensation funds have vanished."

Wilson continues: "This will inevitably result in an even more bifurcated economy, with a full recovery for those on top, and pain, suffering, unemployment and increased poverty for the working class. Public service and front-line workers will get shafted, and the top one percent will get yachts and caviar.  That's why the European recovery model, in which workers wages are maintained by governmental subsidies, will lead to a more comprehensive, sustainable and socially equitable recovery.  The political economies of Europe and the United States stand in sharp contrast."

As Trump was holed up in the hospital over the weekend, negotiations continued between House Speaker Nancy Pelosi and Treasury Secretary Steven Mnuchin over Pelosi's last and final attempt to get some barebones economic relief to cities, counties and state governments.

But Richard Wolff, professor emeritus of economics at the University of Massachusetts–Amherst, predicts these measures will come up short because their architects failed to appreciate just how much damage has already been done.

"The 'stimulus' plans being discussed between Pelosi and Mnuchin strikes me more installments of the 'too little too late' sort," Wolff wrote in an email. "We are living through a staggering depression unmatched for the speed and depth and extent of economic collapse, microeconomic as well as macroeconomic. Investments are being abandoned or postponed because of demand constraints, and that will slow productivity growth and, in turn, competitiveness of US corporations."

Wolff continues: "Vast sectors of the economy are not being paid and will soon enter into litigations taking years to resolve. Educations are being downgraded, to say the least, with long-run consequences that are negative on multiple levels. And all of these dimensions of the current depression argue for not only massive fiscal stimuli far larger than anything Pelosi and Mnuchin debate, but also structural transformations neither major party dares to imagine let alone discuss."

In short, neither Trump nor the Democrats seem prepared to acknowledge let alone address the depth of our economic morass.

Odds have improved that the convergence of the Trump's hospitalization, the looming election and the rising infection rate will produce a bipartisan deal to stave off economic disaster. Oct. 1 also marked the end of the federal program that paid the nation's airline industry to maintain their payrolls while passenger traffic dropped by 95 percent.

The airlines are now in the process of laying off tens of thousands, with the justification that air travel is still just 30 percent of what it was were before the pandemic hit.

John Samuelsen, president of the International Transportation Workers Union, which represents tens of thousands of airline and mass transit workers said Washington had "no choice" but to quickly pass Pelosi's slimmed-down HEROES Act.

"It is a simple equation," Mr. Samuelsen said. "The Republicans have successfully dragged their feet, hemmed and hawed and refused to bail out the American workers, small businesses, the economy, public transit systems, industries—essentially everything. They have left the American people at the mercy of the pandemic."

Samuelsen continued: "If this doesn't happen in the next several days there will be directly tens of thousands of layoffs, and that will ultimately get to hundreds of thousands of jobs when you factor in the impact on the workers in the businesses dependent on all the airports around the country. And the way the airline industry will do this is by cutting seating capacity, just like what we will see with mass transit when they will cut service" if there is not any aid from Washington.

"The nation is crying out for it and the economy is crying out for it. We have seen the disconnect between Wall Street and Main Street, but if they fail to extend the CARES Act it won't be long before this decline crashes into every aspect of daily life," Samuelsen said.