“I’m a parent ... And we all see the need to buckle down and do what’s right," Sandra Smith tells Mercedes Schlapp 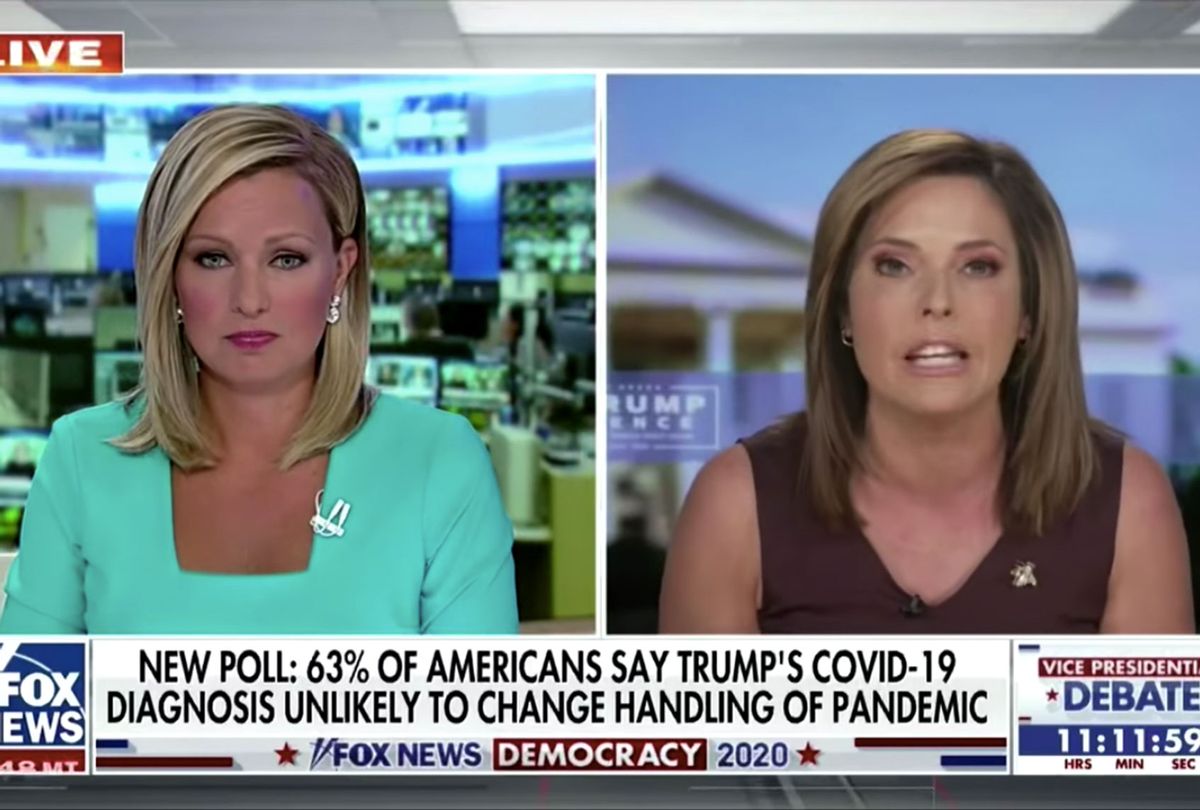 Smith began her interview with Schlapp on Wednesday by pointing to a recent CNN poll which found that 63% of Americans believe Trump acted "irresponsibly" after testing positive for COVID-19.

For her part, Schlapp slammed shutdowns caused by the pandemic and she claimed that the stress on children is "alarming."

"At the end of the day, the president will share that strong message of we can't let this dominate us," she explained. "We cannot surrender like Joe Biden is saying. We have to stay strong, defeat this virus together."

"A lot of that sounds very similar to the messaging we heard prior to the president's diagnosis," Smith observed. ". . . But I just read you off that poll where a majority of respondents said that they believe the president had acted irresponsibly, specifically when it comes to his COVID infection."

The Fox News host then revealed a second survey question in which 63% of respondents said that it's "not likely" the president will change his response to COVID-19 following his infection.

"Don't you fear that won't address concerns?" Smith interrupted. "You're telling me there's no change in course. These polls are showing people are concerned obviously about the irresponsible nature, as the poll put out, about how he's handled it. So you don't see the need, the campaign doesn't see the need to change course on the messaging?"

"We are all concerned about this global pandemic," Schlapp shot back. "I just shared with you what my children are going through, where so many children and parents are dealing with the day-in and day-out stress of COVID by keeping our schools closed."

"Fingers are still being pointed at that [White House] Rose Garden event, where so many people have now contracted the virus," the Fox News host added. "We do know that people weren't properly social distanced and many were not wearing masks there."