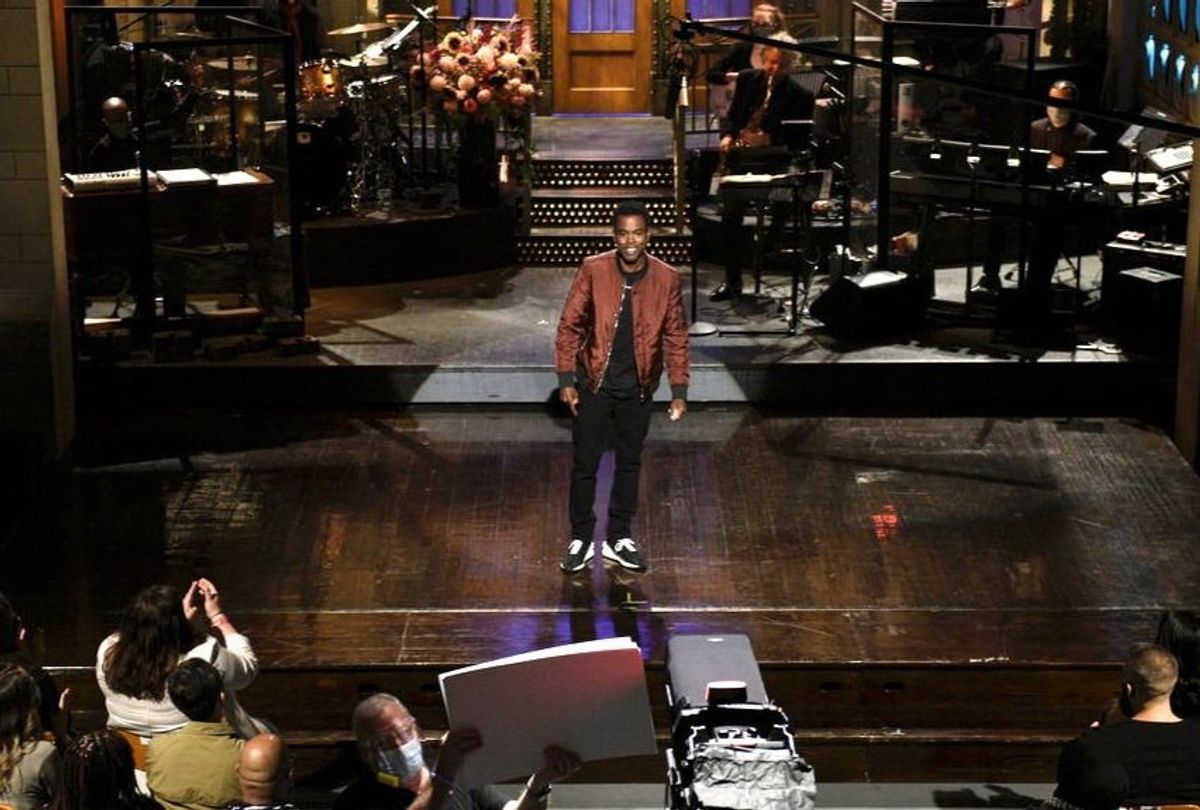 The cast of "Saturday Night Live" weren't the only people live from the show's New York Studio during its Season 46 premiere over the weekend.

The New York Times reports on Tuesday that members of the "Saturday Night Live" studio audience who attended the show's taping last weekend were paid, effectively making them cast members. Though New York state guidelines prohibit the public from attending live television shows, the "Saturday Night Live" team's loophole allowed the show to be filmed in accordance with the state's reopening guidelines, which were enacted to slow the spread of the ongoing coronavirus pandemic.

One attendee told the New York Times that he and seven friends each received checks for $150 once the show had ended and added that they were not informed they would be paid. The attendee also noted that they were asked to take a "rapid virus test" and sign health forms indicating they did not have the coronavirus or symptoms of the virus, both of which were required to attend the "Saturday Night Live" taping.

The New York Times received a statement from a state health department spokesperson that the show followed guidelines by selecting its audience through a third party and compensating them for their time. A NBCUniversal spokesperson told the publication that "Saturday Night Live" closely followed state department guidelines, but did not specify how many audience members were paid.

"Saturday Night Live" made its much-anticipated return to studio production for its Season 46 premiere, several months after the coronavirus pandemic forced the show to go virtual. Though the show's team produced several virtual episodes via teleconferencing technology to a mixed reception over the summer, Saturday's show was filmed in NBC's Manhattan studios. At least four more live episodes are expected to be taped throughout the rest of October.

Read more from IndieWire: Marc Maron to Netflix: Let us end "GLOW" with a two-hour movie

The Saturday show also served as a parody of the much-derided first presidential debate last week and an introduction to Jim Carrey's Joe Biden impersonation and the return of Maya Rudolph as Sen. Kamala Harris (D-CA), who is serving as Biden's vice presidential running mate.