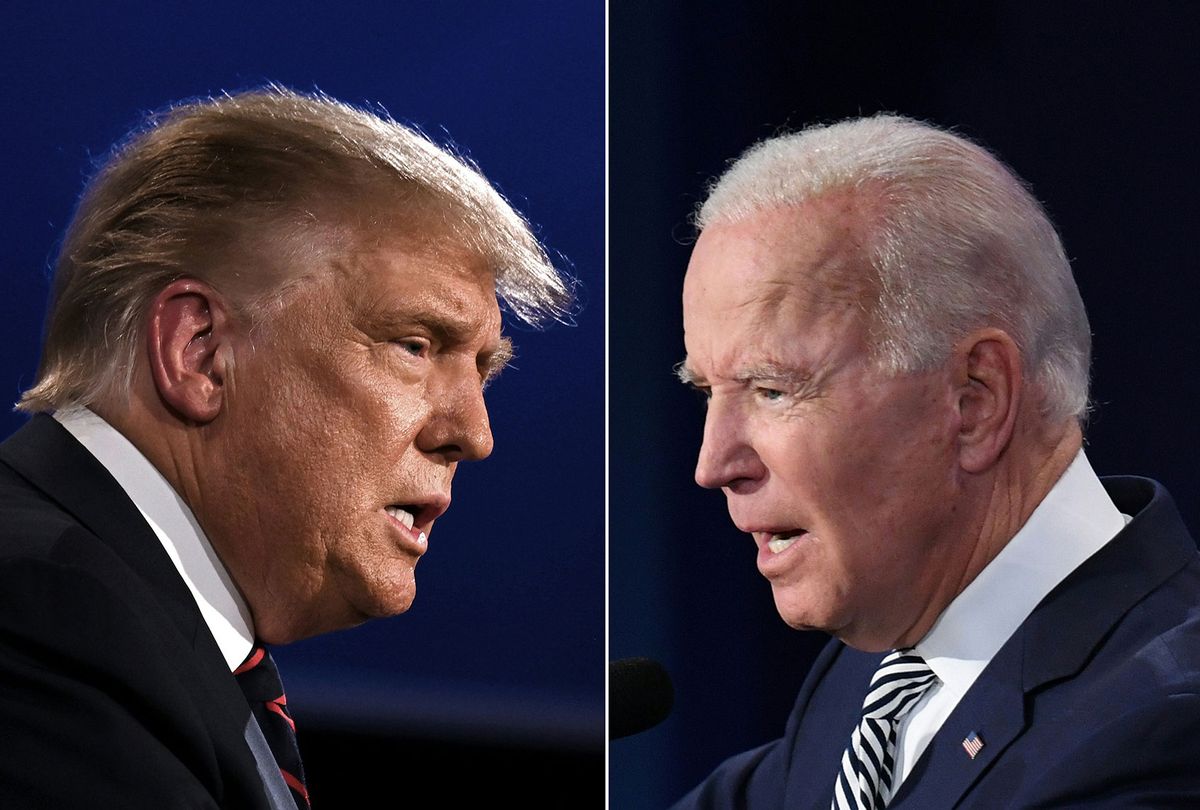 It's a tale of two polls: A Gallup survey taken between Sept. 14 and Sept. 28 found that 56 percent of Americans believe they are better off in 2020 than they were in 2016, while a September survey from the Democracy Fund + UCLA Nationscape Project found that 64 percent of Americans believe the economy is worse off now than it was one year ago. Each one suggests a different story, a different possible outcome over whether President Donald Trump will win or lose to his challenger in next month's election, former Vice President Joe Biden.

To put this in perspective: When a sitting president is up for reelection, the impending contest is widely considered to be a referendum on the economy. Trump's chances of winning, therefore, are likely to depend heavily on how American voters feel about his administration up to this point. If voters on the one hand feel they are better off now than they were four years ago, but at the same time believe the economy is worse now than it was one year ago, that could simply mean they feel things were better in both 2019 and 2020 than in 2016, but that 2019 was a preferable year to the one that followed. That, in turn, would suggest that Trump has a strong chance of being reelected regardless of the perceived decline over the past 12 months.

But that notion is further complicated by the election polls themselves. When you periodically average all of the polls taken since Sept. 1, 2019, Biden has led Trump in the popular vote in every single one of them, according to RealClearPolitics. The statistical analysis website FiveThirtyEight.com has similarly found Biden with a consistent lead over Trump in national polls and, moreover, says that state polls give him an 85 percent chance of winning in the Electoral College on Nov. 3.

So which polls do we trust? Many voters feel burned by the inaccuracy of traditional state-by-state electoral polls from 2016, which generally incorrectly predicted Clinton sailing to victory.

"The problem with public opinion polling nowadays is that because response rates are so low to telephone polls, you start using internet polls [and] you have to use a lot of special techniques to try to come up with a sample on the internet that matches the characteristics of the population," Dr. Alan Abramowitz, a professor of political science and polling expert at Emory University, told Salon last month. "It's very, very hard to really say how accurate the polls are."

Still, polling is a careful scientific pursuit, not the result of monkeys throwing darts at a board. While conservatives were gleeful about the inaccuracy of the 2016 presidential election polls, those polls still were not that far off the mark — they did correctly predict that Hillary Clinton would beat Donald Trump in the popular vote, and were only a point or two off the final result. The problem that year was with state polls: While some were quite accurate, others proved highly unreliable. Major polling agencies made adjustments and, as Abramowitz noted regarding the 2018 midterm elections, "if you went down and looked at the polling average for all the races — like governor, senator — and where they were at polls for House districts, by and large they were pretty accurate."

Perhaps the best way of understanding this is by realizing that voters choose their president based on several variables, most (but not all) of which deal with the incumbent party's performance. As American University political scientist Dr. Allan Lichtman details in his book "The Keys to the White House," voters decide which party will win based on 13 true-or-false statements about the incumbent party. (There is also a key that discusses whether the challenging party's candidate is unusually charismatic.) If six or more of the statements are false, then the incumbent party will lose.

For the 2020 election, Lichtman found that seven of those statements were false for Trump: A poor economy, his impeachment and other scandals, widespread social unrest, his lack of any major foreign policy successes, his setbacks in the 2018 midterm elections and the fact that he is not popular beyond his own base. Of course, Lichtman also told Salon last month that the election is "stealable" if Trump suppresses enough votes.