"The fact that she wakes up everyday with such hatred in her heart towards President Trump," Jason Miller tells Fox 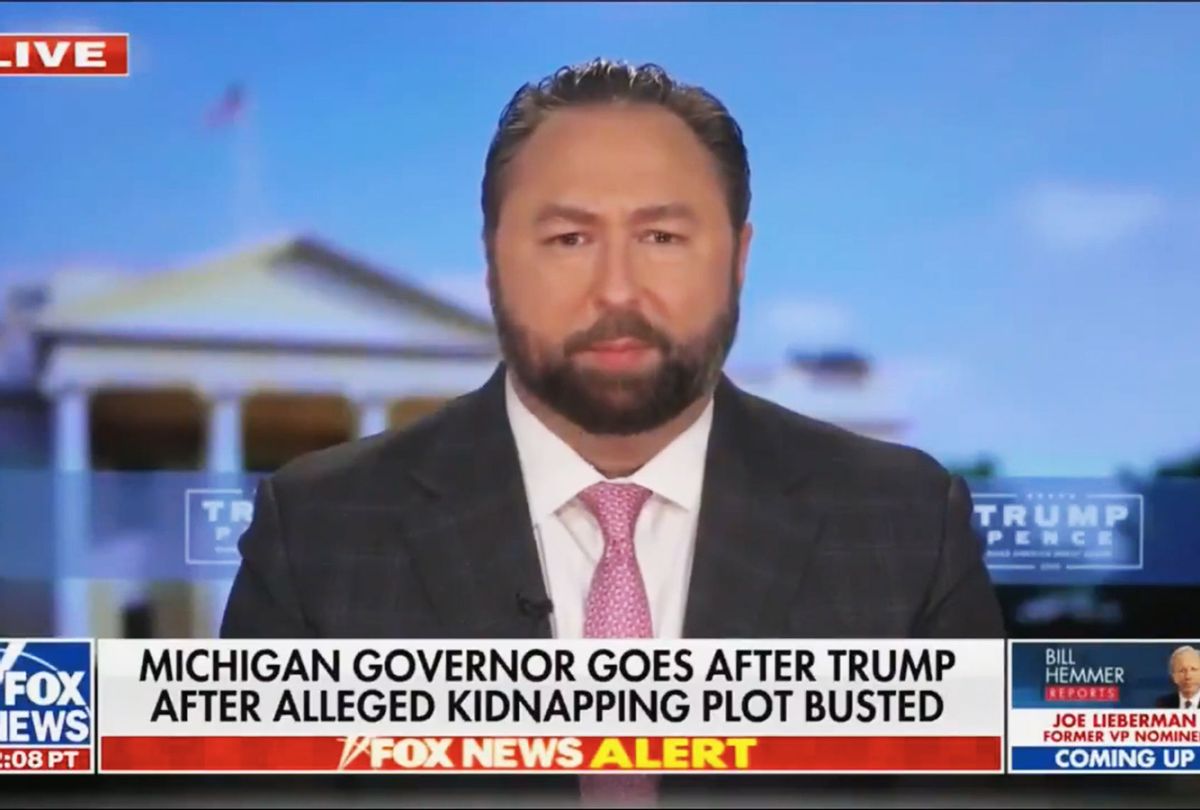 Speaking on Fox News this Thursday, Trump campaign senior adviser Jason Miller took an opportunity to attack Michigan Gov. Gretchen Whitmer after the FBI conducted arrests of a militia group that plotted to kidnap her.

Miller acknowledge that news of the kidnapping plot was "horrendous," but said that Whitmer squandered a "moment of unity" and used it to attack President Trump for inspiring anti-government groups.