The Veeps played better than their bosses, but that's not saying much

At the end of the day, no one is voting for president based on who will be Number Two 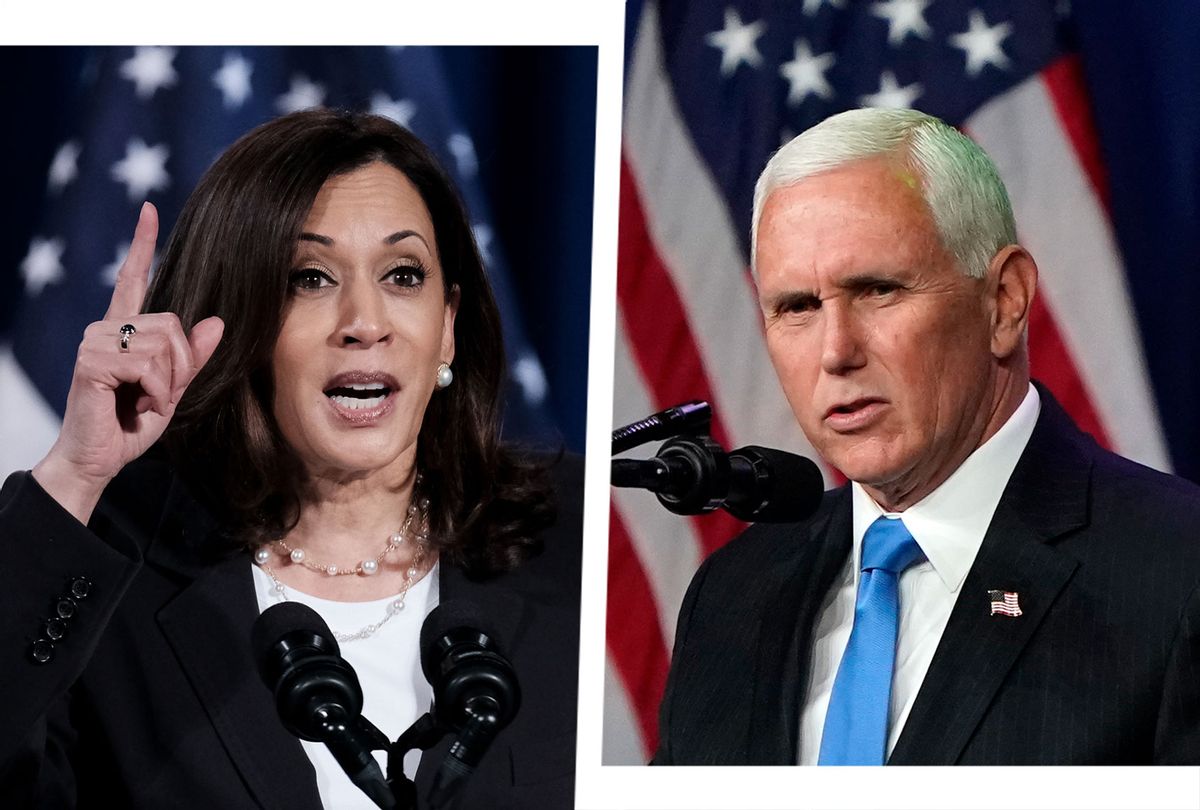 OK, it was a lot better than last week, except for the fly stuck on a soporific Mike Pence's head.

Vice President Pence deflected, and Sen. Kamala Harris parried over coronavirus and a wide array of other hot political issues. But at least they were able to talk at one another. Sorta, if you skip the label-throwing—the political knifing was a little quieter—and a bit too much condescension for my taste.

Harris was sharper, of course, because she is vastly more skilled and because Pence had the purposely unmasked man Trump to defend.

Just in case you just landed from another planet and were wondering, there are deep divides in this election about just what it means to be an American in a time of severe simultaneous problems.

Following Pence-Harris was as if watching a ping-pong match on common safety. It was about coronavirus, mask-wearing and whether the country has acted enough on testing when Donald Trump can be infected. It touched on whether you are safe if you are white with a job that will continue even with coronavirus lurking nearby. It explored just what it means to figure out when the state wants to run over your individual rights – depending on whether you're allowing people to go without masks to spread disease; or, deciding you want a partner of the same sex.

On the other hand, maybe this is what we need to get used to since given the ages of their Number One partners,  both likely will be back in four years to give us more of the same.

Maybe it typifies everything currently at play in these elections by understanding that the biggest issue at the start of the night was the shape of the table – and skimpy plexiglass partitions placed between Pence and Harris that wouldn't stop a deep breath.

Apparently, they could agree right away that they could have chairs and a moderator, but that last-minute haranguing about dividers was a sign of just how off-the-mark this debating arena has become. At least neither of them was testing positive for the virus.

Of course, the expectations for understandable, civil discourse about the nation's future had been lowered considerably by the Donald Trump bullying show with opponent Joe Biden last week.

A quieter set of attacks

From the start, the pandemic held center stage, with Harris calmly but firmly attacking the Trump administration for unduly downplaying the illness, providing "the greatest failure of any American administration.," Pence took up a faithful defense of the Trump approach as "the greatest national mobilization" since World War II, as if it has been a normal presidency.

And we were off – the biggest difference was in what Americans want to believe.

Pence slipped the first shiv into Biden for "plagiarizing" from the Trump plan,  and later worked in "radical" and other would-be pejoratives, before going on to paper over shortcomings in policy with a self-aggrandizing explanation. Harris wasted no time in telling Pence that they had lied repeatedly or withheld truth or an aggressive plan. It is playing politics, he said, to undermine the possibility of a vaccine, when what she said was that she wouldn't trust a vaccine pushed by Trump over scientists.

Harris's strongest moments may have been speaking about race, policing, the Breonna Taylor shooting and attitudes toward criminal justice. Pence backed the system and proceeded to turn the conversation to defending the country against charges of systemic racism and blind loyalty to law enforcement. It gave Harris the chance to re-frame Trump's refusal repeatedly to denounce white supremacy.

Harris did the requisite job of selling herself and background, using personal touches. Pence clearly thought he didn't need to do so.

What developed was a rhythm of Harris slaps at Trump and a Pence defense of imagined wonders brought about by the Trump administration. Fact-checkers were having a field day with Pence's exaggerations – about taxes, about climate, about the environment, fracking, trade– and always about jobs. Harris was far more effective about health care under Trump with her "They're coming for you" litany.

It was easy for these two to parry differences about the Supreme Court nomination, about abortion policy, about international policy. Pence almost didn't need to remind all that he and Trump think the media is fake.

It was Harris who had to scold Pence for interrupting—a few times, if not as often as Trump himself, but one that will take on greater significance for interrupting a woman when women's votes are at risk. And there was the usual amount of facial mugging while the other spoke, you know, political theater. Neither one really answered if they had discussed the consequences of working for the nation's oldest president. Each found a question or two to duck.

Significantly, neither would signal what will happen when Trump refuses to leave office upon an election loss that he may try to trigger in the courts.

Veeps played better than their bosses

At the end of the day, of course, no one is voting for president based on who will be Number Two.

Pence has made himself so invisible as a straight amplifier for Trump that few know what he stands for by himself other than devoting to Mother, loyalty to evangelicals and a general tendency to not notice that there are people of color in the room. He has been a governor and should know better than he acts.

Harris is more well-known for who she is symbolically than who she is politically. She is the perfect mash-up for Biden's partner, generally progressive in outlook, but not particularly religiously so.  Harris has been a prosecutor and California attorney general and always has been able to see multiple facets of the issue before her.

In any case, the two were in place as stand-ins for the presidential partners, a "sideshow," as Politico had predicted from the more chaotic brawl going on upstairs or in Miami next week, if they resume their virused toe-to-toe.