"The virus was a hoax here until Trump got it" 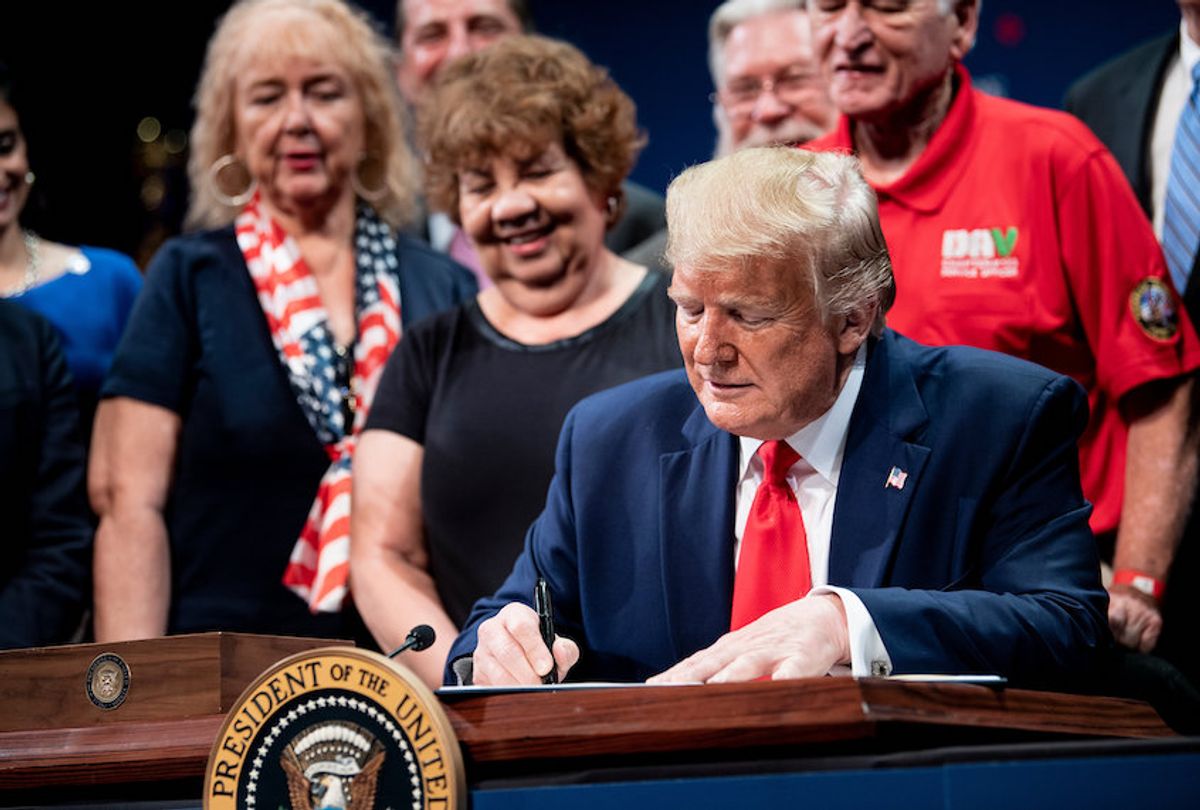 Despite the fact that the coronavirus pandemic has killed more than 1 million people worldwide and over 212,800 in the United States — according to researchers at Johns Hopkins University in Baltimore — many Republican supporters of President Donald Trump continue to insist that the threat is being exaggerated by the mainstream media. Journalists Francisco Alvarado and Kelly Weill, in an article published in the Daily Beast on October 9, take a look at a Florida retirement community in which the pandemic was widely regarded as a Democratic hoax — that is, until Trump himself was hospitalized after testing positive for the COVID-19 coronavirus. And now, some of the retirees are worried about a visit from Vice President Mike Pence.

This Saturday, October 10, Pence is scheduled to visit The Villages, a retirement community in Sumpter County, Florida. Pence, who debated former Vice President Joe Biden's running mate, Sen. Kamala Harris, on October 7, has not tested positive for COVID-19. But Alvarado and Weill stress that in light of Trump's illness, some of the retirees are afraid to be around Pence.

Chris Stanley, president of The Villages Democratic Club, told the Beast, "The virus was a hoax here until Trump got it. The other night, they did a prayer vigil — and for the first time, they posted in a big font, 'You must wear a mask.' I looked on the webcam and didn't see many wearing masks, but they now seem to be accepting this is not a Democrat hoax at all."

Alvarado and Weill note that at The Villages, an "overwhelming majority of the 132,000 residents are white, conservative voters."

Judy Pristaw, another member of The Villages Democratic Club, told the Beast, "A couple restaurants told me that the day he tested positive, restaurants weren't as crowded that night, but I think people who like Trump are just as excited about him as we are about electing Joe Biden."

Florida, which has 29 electoral votes, is among the key swing states where Trump and Biden will be campaigning aggressively between now and Election Day: Tuesday, November 3. Many recent polls have shown the presidential race to be tight in Florida, with Biden ahead by single digits. Polls released in October have shown Biden leading by 4% (CNBC/Change Research and Reuters/Ipsos) or 6% (University of North Florida). However, a Quinnipiac pollreleased on October 7 found Biden ahead by 11% — and on the other hand, a Fox 35 Orlando/Insider Advantage poll released the following day found Trump ahead by 3%.

Trump is hardly the only Republican in Trumpworld who has recently tested positive for the COVID-19 coronavirus. Others have included First Lady Melania Trump, White House Press Secretary Kayleigh McEnany, long-time Trump adviser Kellyanne Conway, former New Jersey Gov. Chris Christie, Republican National Committee Chair Ronna Romney McDaniel and Trump's campaign manager, Bill Stepien, among many others. And the fact that so many Trump allies have been infected with COVID-19 isn't lost on retirees at The Villages.