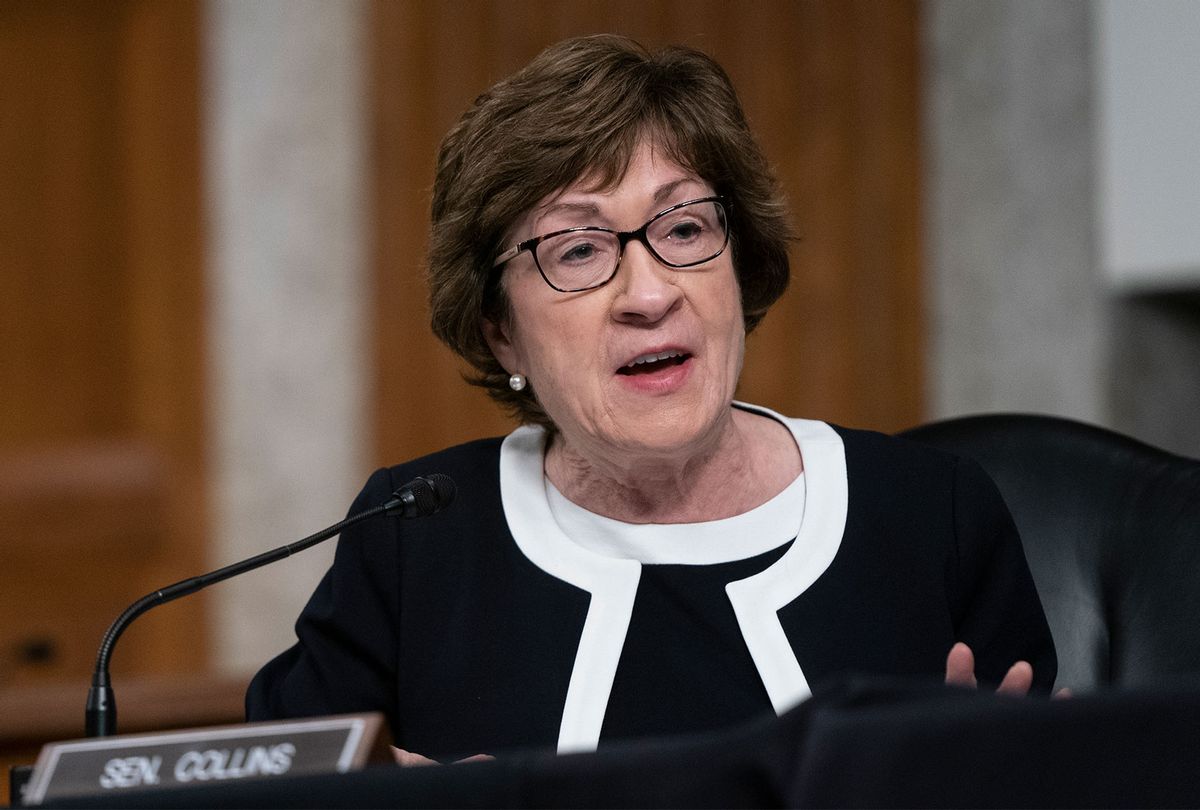 Sen. Susan Collins, R-Maine, who finds herself trailing Democratic challenger Sara Gideon in a hotly contested election battle with national implications, wrote contracting reforms as a member of the Senate Government Affairs Committee that appear to have directly benefited her future husband's lobbying and consulting firm.

While that firm had some contracts that coincided with Collins' tenure on the Senate Homeland Security and Government Affairs Committee, it also landed a major $49 million contract with the U.S. Agency for International Development (USAID) in 2013 — the year after Collins stepped away from that committee.

Collins first met Thomas Daffron in 1974 when she was an intern in the office of Rep. William Cohen, who went on to serve three terms in the Senate. (Cohen, a Republican, has endorsed Collins for re-election to the Senate — and Joe Biden for president.)

Daffron served as a consultant on Collins' 1996, 2002 and 2008 Senate campaigns, and ran her leadership PAC from 2003 until 2012, when they married. Collins signed over power of attorney when the couple bought a $705,000 townhouse in Washington, public records show.

From 2006 to 2016, Daffron was chief operating officer at a K Street lobby shop called Jefferson Consulting, which also did some government contracting work. The firm took in nearly $60 million in federal contracts during his time there, with a significant increase after he became COO.

Tom Daffron, a 16-year Cohen staffer who worked with Collins, created her campaign advertising and suggested she join the less desirable Government Affairs Committee because of the opportunity for high-profile work. A shrewd choice, as she became the first freshman to lead the Permanent Subcommittee on Investigations with a staff that enhanced her own. Daffron remains a close friend and one of the top advisers in her 'kitchen cabinet,' sources said.

While on the committee, Collins wrote contractor reform designed to "strengthen the procurement workforce," an area in which Jefferson Consulting specialized, securing tens of millions of dollars in government contracts related to acquisition services.

One such measure was a piece of contracting reform signed into law as part of the 2008 defense budget. After the budget passed, Collins singled out acquisition language, saying that she was "particularly pleased that important reforms to the federal acquisition workforce were also included."

The association representing government contractors "by and large" supported Collins' bill, calling it a "serious effort to address the root causes of the government's challenges with acquisition."

Between 2006 and 2016, Daffron's firm landed more than $76 million spread across dozens of federal contracts related to acquisition and procurement, according to searches on USAspending.gov. In 2010, Jefferson Consulting reported providing acquisitions services and support to nearly two dozen federal agencies.

For instance, one item imposed new requirements on chief acquisition officers at each federal agency, at a time when Jefferson Consulting held a $331,000 contract to provide such services to the Department of Homeland Security's Office of the Chief Procurement Officer. (Collins' committee had oversight of Homeland Security.)

Finally, Collins' reform bill required USAID to revise its strategy to address acquisition problems in Afghanistan. In 2013, the year after Collins left the Senate Homeland Security committee, Jefferson Consulting secured a $49 million contract with USAID for procurement support services, according to government spending records. Two years later, the firm announced it had landed a $33 million acquisition contract with USAID.

Neither Collins' office nor Jefferson Consulting replied to Salon's request for comment.