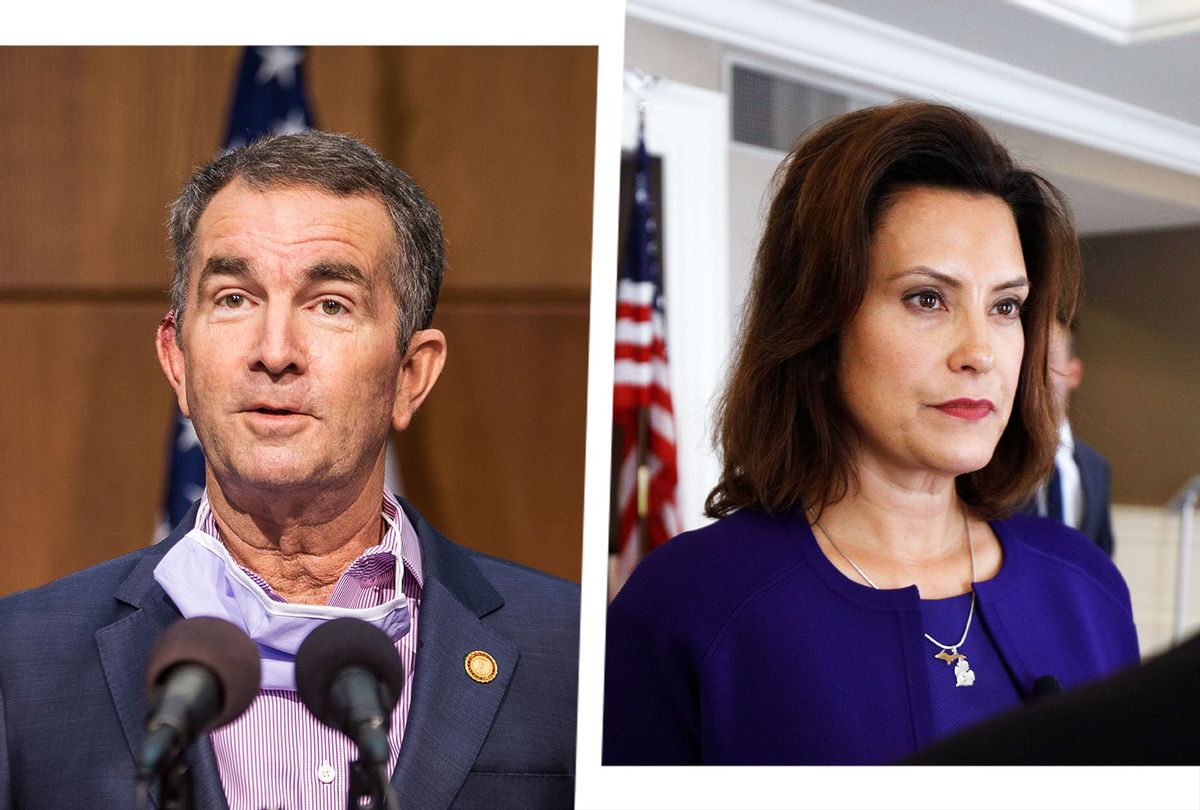 The militants in Michigan who plotted to kidnap Democratic Gov. Gretchen Whitmer had a similar plot in the works for Democratic Virginia Gov. Ralph Northam, the FBI revealed on Tuesday.

Per The Washington Post, FBI Special Agent Richard Trask testified during a court appearance in the city of Grand Rapids that the militants accused in the Whitmer plot also discussed targeting Northam during a meeting that took place in Dublin, Ohio, earlier this year.

"At this meeting they discussed possible targets, taking a sitting governor, specifically issues with the governors of Michigan and Virginia, based upon the lockdown orders," he said.

Both Whitmer and Northam were targeted by President Donald Trump earlier this year for their efforts to limit the spread of the novel coronavirus, and the president tweeted out "LIBERATE MICHIGAN" and "LIBERATE VIRGINIA" this past April at a time when armed militants were protesting lockdown orders.