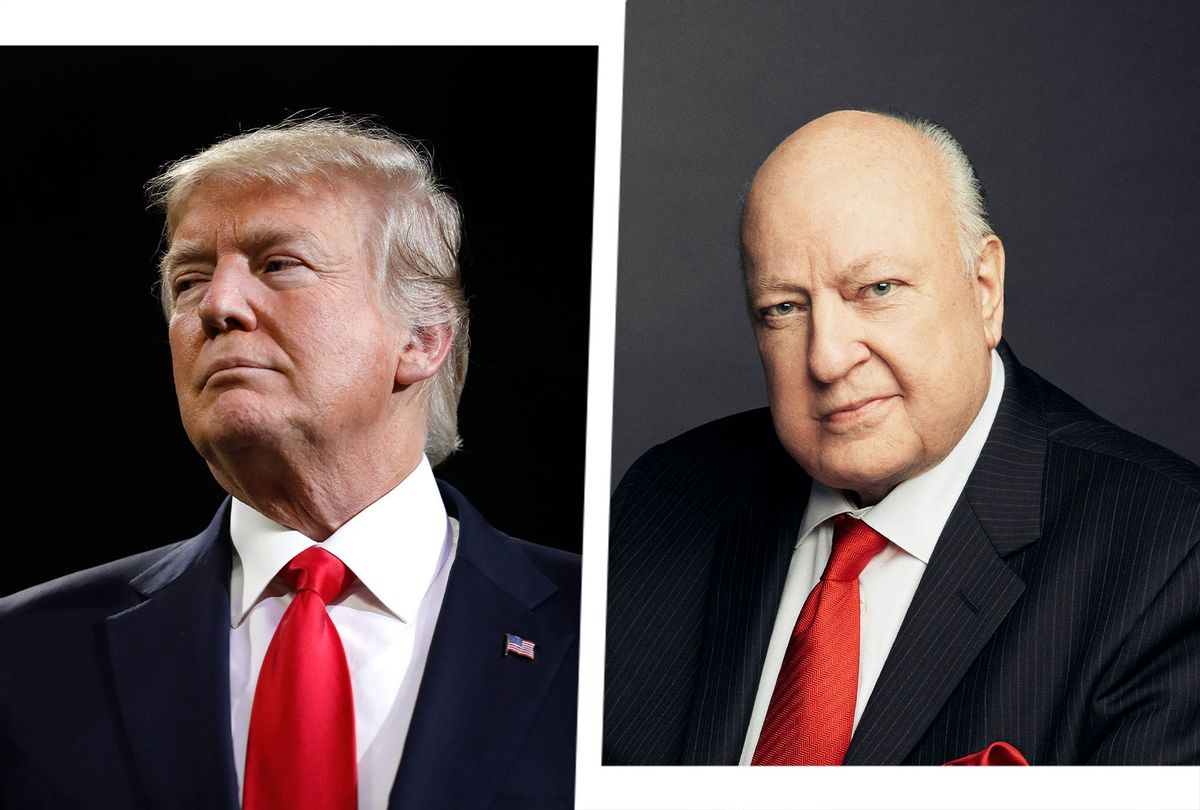 President Donald Trump lashed out at Fox News on Monday over negative ads airing on the right-leaning network ahead of Election Day.

Trump, who has repeatedly appeared on Fox News for softball interviews and offered to call in weekly to "Fox & Friends," has often tried to pressure the network into even more fawning coverage. He criticized Fox News on Monday after appearing on at least three of the network's Trump-friendly Fox News shows in only four days.

"@FoxNews allows more negative ads on me than practically all of the other networks combined," the president claimed, without evidence. "Not like the old days, but we will win even bigger than 2016. Roger Ailes was the GREATEST!"

Ailes resigned as the longtime CEO of the network in 2016 following a slew of sexual harassment allegations. He died in 2017.

"I didn't realize the extent to which Roger really was a predator," former Fox News booker Laurie Luhn said in 2016 after coming forward despite signing a non-disclosure agreement. Likening his behavior to "psychological torture," Luhn alleged that Ailes had repeatedly pressured her into performing sexual acts until she suffered a mental breakdown and attempted suicide.

Former hosts Gretchen Carlson, Megyn Kelly and Andrea Tantaros were among Ailes' many other accusers.

Media reporter Yashar Ali also pushed back on Trump's characterization of his relationship with Ailes.

"Roger Ailes with a sexual predator who destroyed women's lives and also would have had no tolerance for most of the president's antics especially in the past year," he tweeted. "The president and Roger would have barely been speaking right now. He may have been the subject of tweets."

Trump's complaints about the network come as his floundering campaign focuses the majority of its cable ad spending on Fox News, whose viewers already overwhelmingly support him.

Trump's campaign has spent 52% of its cable spending on Fox News since the spring versus 9% on CNN and 6% on MSNBC, according to NBC News. Trump has spent far more money than Biden on cable ads, outspending him $15 million to $2.5 million over that time. But Biden plans to heavily outspend Trump across all advertising in the final weeks of the election.

Though Trump's campaign has raised a ton of money, it has already blown through more than $820 million. The campaign cut ads in key states like Michigan and Pennsylvania last month amid its cash crunch.

Trump has tried to push back on the reports, even though documents show his campaign hemorrhaging money for much of the year.

"I keep reading Fake News stories that my campaign is running low on money. Not true, & if it were so, I would put up money myself," Trump claimed on Tuesday. "I will spend additional money if we are not spending enough!"

Over the weekend, the Los Angeles Times reported that the Trump campaign had also pulled ads in the battleground states of Iowa, New Hampshire and Ohio.

"It seems the Trump campaign has reached the point where they have to do some triage," Travis Ridout, the co-director of the Wesleyan Media Project, which tracks political ads, told the outlet. "They don't seem to have enough money to run ads everywhere."