Yes, Biden should pack the court: It's time to fight back against Mitch McConnell's power-grabs

Republicans are betting that Democrats don't have the will to fight fire with fire. Biden should prove them wrong 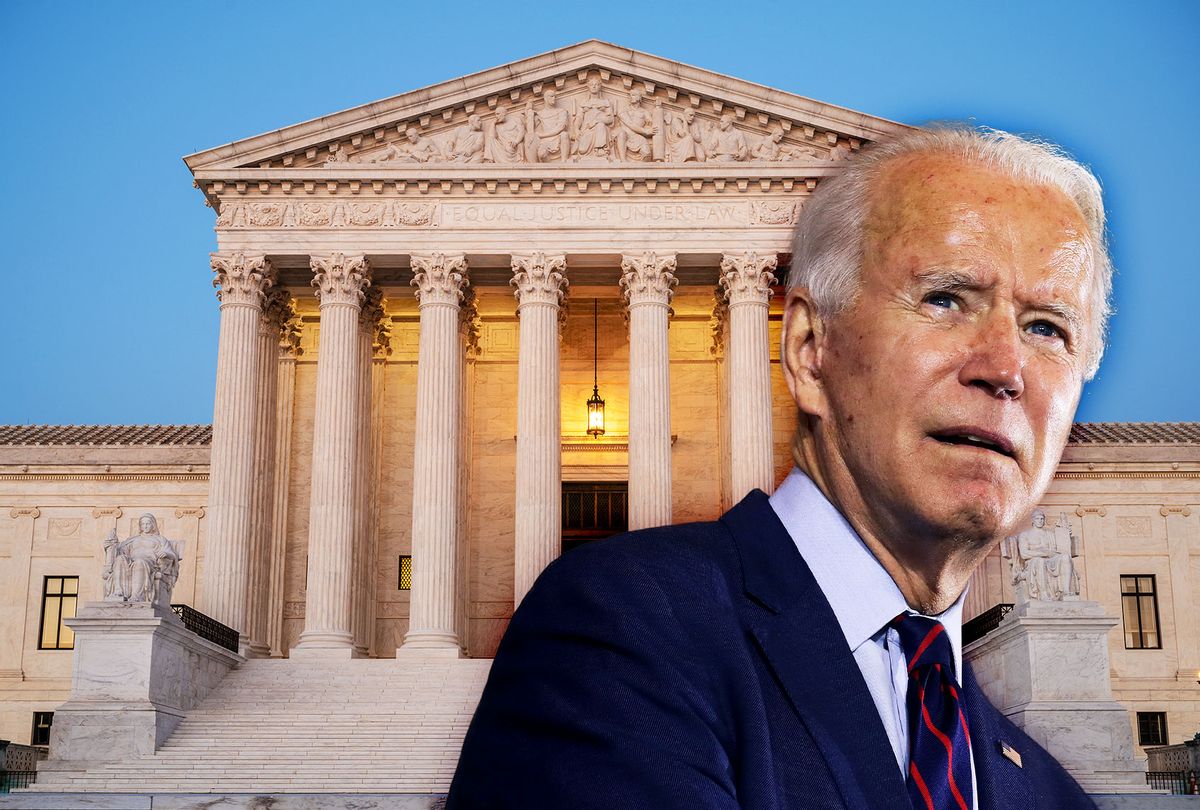 The first day of questioning in the Amy Coney Barrett Supreme Court confirmation hearings was one for the books. The ritual of strong ideological jurists pretending to have never given a thought to the issues of the day is not unprecedented, but the context for it this time around should be unheard of. We are only three weeks away from a national referendum on the president and his party which, in any functioning democracy, would require that decisions about lifetime appointments be postponed until that referendum is decided.

But we don't live in a functioning democracy at the moment, so we are unable to stop a power-mad Republican party from ramming through this appointment despite the fact that the president himself has said publicly that he wants the seat filled in order to ensure a majority will rule in his favor when election disputes go before the court. He and his party have already put such a plan in motion by foreshadowing their intention to contest any outcome not in their favor.

That is the context in which our latest Supreme Court justice will be confirmed on a party line vote. The legitimacy of the appointment and the authority of the court will forever be corrupted by such a raw partisan power play. Any person of real integrity, particularly one who will be serving in a position for which personal honor and superior judgment are paramount job requirements, would refuse to be seated under such tainted circumstances.

Coney Barrett is clearly not such a person, and her answers on the first day of questioning make it clear that she is as unconcerned with her reputation as the Republicans who plan to install her no matter the cost to the stability of our institutions are with their own.

She is obviously a right wing extremist. But she also refused to say that the president is unable to single-handedly delay an election and she won't commit to recusal on cases about the election even though the conflict of interest and appearance of bias is so obvious a child could see it. She couldn't even say that a president must commit to a peaceful transfer of power.

Sadly, the appointment cannot be stopped. And it is the second time in the last four years that Majority Leader Sen. Mitch McConnell, R-Ky., and his accomplices have seized a seat on the court without any regard as to whether the majority of the country sees it as legitimate. It's as if they prefer that the people who don't vote for them see that they are impotent to stop them. That's a demonstration of pure power. And they have made the bet that the other side does not have the will to fight back.

But they may have finally gone too far. It's not just the court. The entire GOP establishment collaborating with Donald Trump for the past four years on myriad assaults on our democracy has raised awareness that the Republican establishment is no longer a political faction but has instead devolved into an elevated version of an organized crime family. Their cynical use of Trump for their own purposes without regard to the carnage and destruction he has brought upon this nation (including tens of thousands of preventable deaths) has exposed their so-called ideology as nothing more than a mercenary will to power.

Democrats, belatedly recognizing this fact, have started thinking seriously about how to save the country. It's almost too late, but if they manage to win despite the GOP's concerted efforts to derail a free and fair election, they have the chance to restore our democratic system.

The possibilities range from eliminating the filibuster — an easy and imperative move if they plan to ever enact vital legislation — to pushing efforts toward D.C. statehood and admission of Puerto Rico (should their people choose it). But in the wake of this unprecedented power grab on the Supreme Court, the talk has necessarily turned to expanding the court so that it will properly reflect the country for which it makes momentous decisions.

Needless to say this has the media wringing its hands, mostly because Democratic nominee Joe Biden won't say whether he would back such a move. He is wisely refusing to submit to their harangues, knowing full well that they are itching to turn this issue into another "Hillary's emails." And of course the Republicans are shrieking like rabid howler monkeys at the mere idea that Democrats might finally realize they can use their constitutional powers to rebalance the scales.

Considering what they have done, the Republicans do not have a leg to stand on. Their abuse of the "advise and consent" role in the nomination process makes any protestations about fairness laughable. Moreover, the number on the court has changed many times in the past. The Constitution does not designate a specific number on the court, which some of those "originalists" should consider may have been on purpose, as one of those "checks and balances" we used to be taught were so important.

It hasn't been done recently, but that's because we haven't had one of the political parties go completely rogue and start abusing the system to place extremists throughout the federal judiciary in quite a while.

Back in 2013, then-Congressman Tom Cotton introduced a bill in the House called the "Stop Court-Packing Act" which would have eliminated three seats on the D.C. Court of Appeals. That seems like a strange title, but it gives away the game. He was trying to stop President Obama from being able to fill those three empty seats. Senator John Cornyn, R-Texas, agreed, writing a piece in the National Review called "Don't let the Democrats pack the DC Circuit." Keep in mind that these were legitimate vacancies.

As it happens, McConnell kept those and many other seats open so that a Republicans could fill them, so they needn't have worried. And he's very proud of it:

After McConnell refused to even hold a hearing for President Obama's Supreme Court nominee Merrick Garland to fill Justice Antonin Scalia's seat, Republicans announced that they were prepared to block all of Hillary Clinton's nominees if she were to win the 2016 presidential election. They said the court could run with eight justices going forward (something that they are now insisting would be completely unacceptable). And, as it happens, Republican governors all over the country have been trying to expand their Supreme Courts.

Biden has said that he's "not a fan" of the idea of expanding the Supreme Court, which is not surprising. Very few Democrats want to do it. It's going to be a bloody battle with a sanctimonious GOP suddenly rediscovering the necessity for norms and a media desperate to prove they are "fair and balanced" after four years of Trump. But if Democrats win and then don't do what's necessary to rebalance the judiciary and repudiate what these rogue Republicans have done, average Americans will pay a very steep price for their ineffectuality.