"We don’t need a climate denier on the Supreme Court." 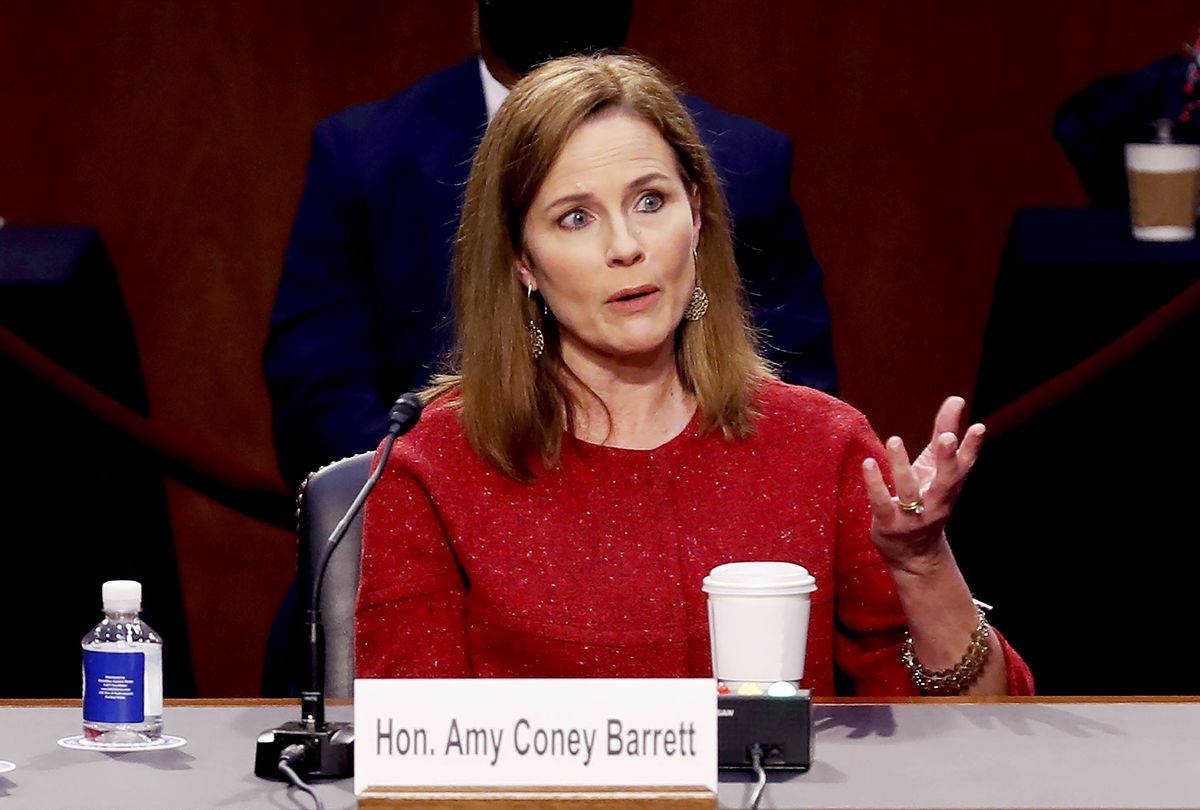 Environmentalists were appalled—if not necessarily surprised—by Supreme Court nominee Amy Coney Barrett's statement Tuesday that she does not "have firm views" on climate change, an ostensibly neutral comment that critics said is tantamount to denial of the science.

"Quite simply, if you're neutral on climate change, you're complicit in the collapse of the planetary ecosystem upon which the survival of every living thing depends," meteorologist Eric Holthaus wrotelate Tuesday in response to Barrett's remarks.

Asked by Sen. John Kennedy (R-La.)—an outspoken opponent of bold climate action—whether she has "opinions" on climate change, Barrett said during Tuesday's Senate Judiciary Committee hearing that she is "certainly not a scientist."

"I mean, I've read things about climate change," the judge added. "I would not say that I have firm views on it."

Barrett's comments drew immediate backlash from environmentalists and experts who noted that one need not be a scientist to recognize the reality of human-caused climate change.

"Not being an astronomer, I can't really offer an opinion on whether a giant asteroid crashing into the planet would be desirable," joked 350.org co-founder Bill McKibben.

In his newsletter on Tuesday, Holthaus wrote that he is "pretty f'n pissed" at Barrett's casual refusal to acknowledge the reality of the "most consequential issue of our time."

"It's the line 'I'm certainly not a scientist' that is perhaps so surreal," wrote Holthaus. "This has been the standard, canned answer that climate deniers have given for years. But now it's 2020. We're in a pandemic. You don't need to be a scientist to be able to listen to scientists. For someone whose ENTIRE JOB depends on carefully evaluating evidence, not having any 'firm views' on climate change is an unrecoverable fatal flaw."

Andy Rowell, a staff blogger for advocacy group Oil Change International, notedTuesday that while Barrett's record on cases related to the environment "is sparse, there are deep alarm bells ringing."

"Our colleagues at Earthjustice have been fighting in the courts on behalf of our planet and its people for decades," Rowell noted. "They have expressed 'deep concern that the rush to confirm Amy Coney Barrett could threaten our shared future.' Earthjustice also argues that 'Judge Barrett appears willing to undermine our environmental laws' and that her 'record demonstrates her willingness to interpret environmental laws like the Clean Water Act narrowly in favor of industry interests.'"

The Daily Poster's David Sirota, Andrew Perez, and Walker Bragman reportedWednesday morning that as Senate Republicans rush ahead with Barrett's confirmation process, the Supreme Court is "preparing to hear a climate case involving fossil fuel giants, including Shell Oil, where her father spent much of his career."

"Less than two weeks before the confirmation hearings, the Supreme Court agreed to hear an appeal by Royal Dutch Shell and other oil giants that are being sued by cities and states for the climate damage those companies created," the journalists wrote. "Shell and the others are asking justices to allow the case to be heard in federal court... The upcoming climate case is particularly important for the fossil fuel industry as it seeks to ward off a wave of climate litigation."