Ernst was once a rising star in the GOP. Her support for Trump may get her voted out after one term 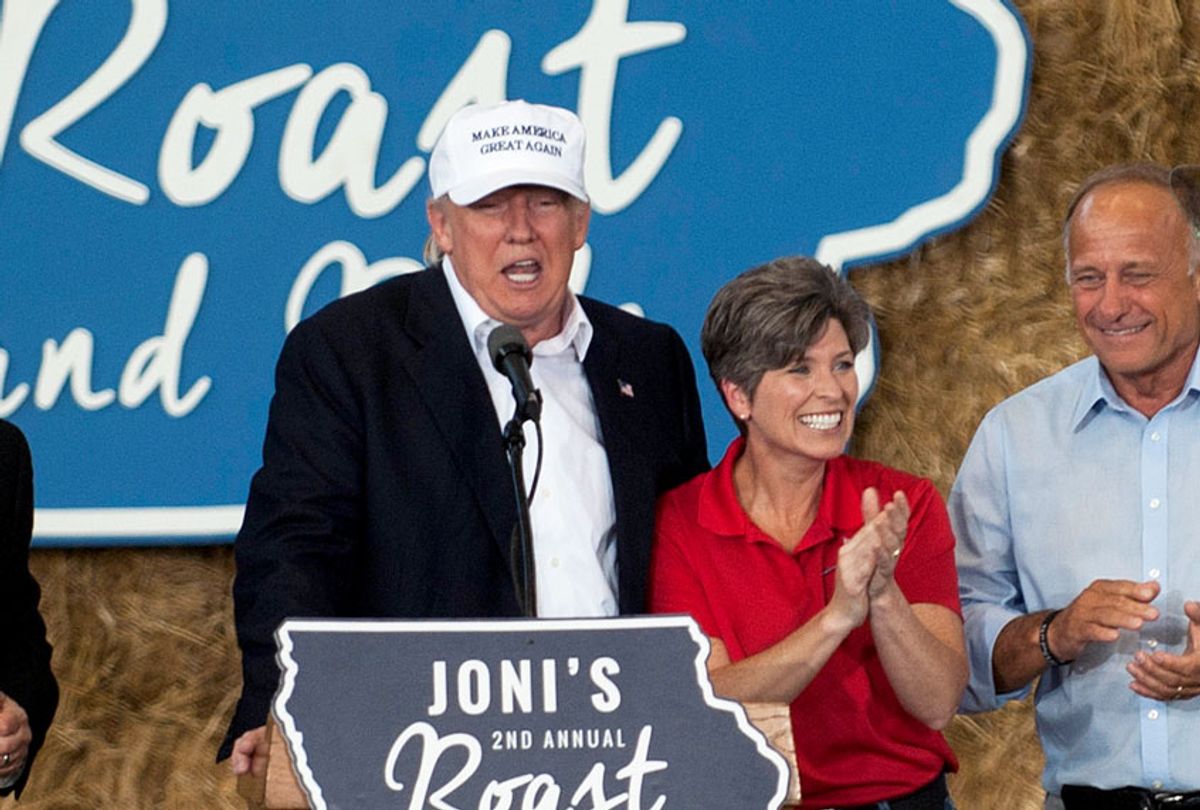 Sen. Joni Ernst (R-IA) seems headed toward a re-election loss after just one term in the U.S. Senate.

The Iowa Republican became a rising star after her nine-point election win in 2014, but Ernst is now trailing Democratic challenger Theresa Greenfield by about five points in recent polls, reported Vox.

"She's had six years, and she's forgotten Iowans," said Greenfield. "She has sold out Iowans for her big corporate donors."

Iowa voters seem to agree, saying that Ernst hasn't done enough for her home state in Congress, and her support for President Donald Trump's agenda has turned off voters in the state's growing suburbs.

"Suburban women have said, 'To hell with this' and voted up and down the ticket for us," said one Democratic strategist. "We've also picked up some men outside of suburbia who wanted to see a federal check on Trump. I think that's part of the trend we're seeing in the Senate race."

Ernst had been in Washington, D.C., for just two years before Trump was elected, and she has been a reliable vote for his agenda — including a vote to repeal the Affordable Care Act and in favor of the Republican tax bill.

"You're a young new U.S. senator," said one GOP operative of Ernst's first term. "You have a majority in the Senate, you have the House. Then the president comes in, and the ability to stand out and be unique is pretty hard. It's difficult to find your voice."

Trump won 51 percent of Iowa's vote in the 2016 election, but recent polls show a 46 approval rating in the state and 52 percent disapproval, and his average support against Joe Biden is just 46 percent.

"If the pandemic hadn't hit, the economy would have been a real selling point," said Timothy Hagle, a political scientist at the University of Iowa. "Then, boom, the economy tanked. Not everybody has been helped. A lot of businesses are hurting."