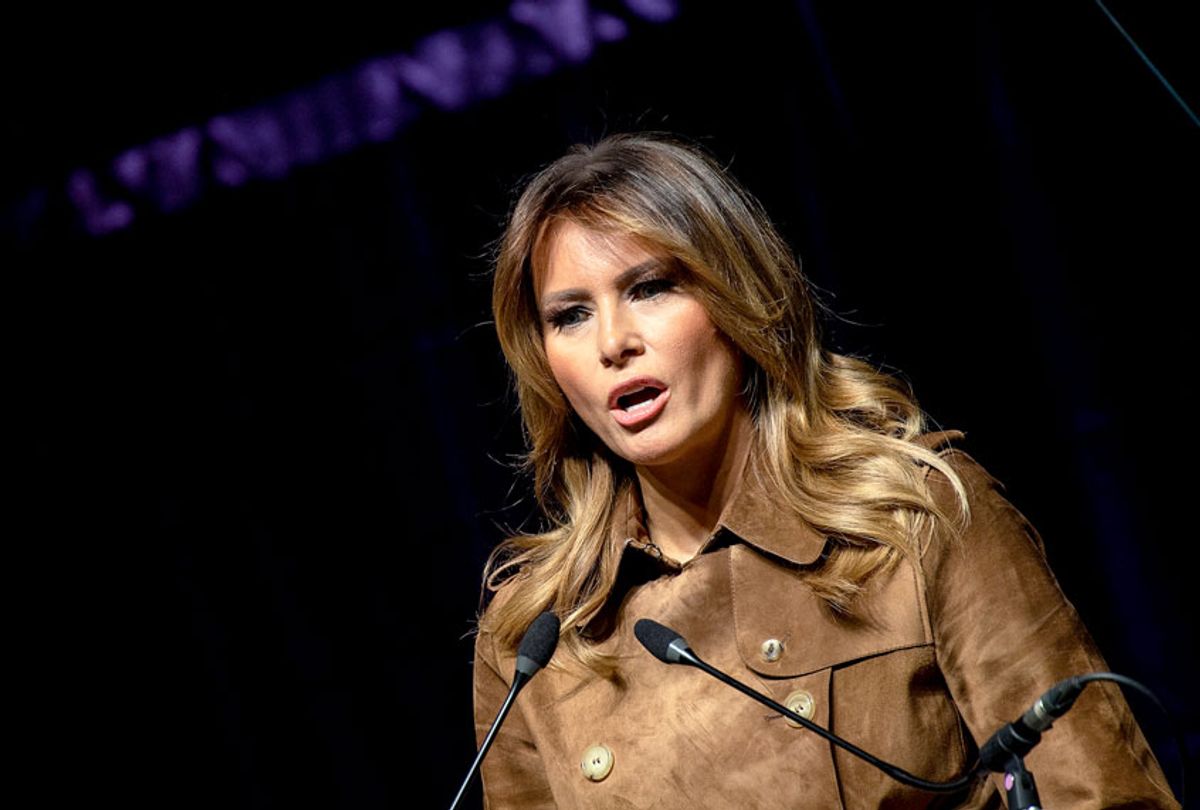 US First Lady Melania Trump addresses the B'More Youth Summit in Baltimore, Maryland, on November 26, 2019. - The purpose of the summit is to promote healthy choices and educate students about the dangers of opioid use. (NICHOLAS KAMM/AFP via Getty Images)
--

First lady Melania Trump is airing her personal grievances on the White House website to the astonishment of readers.

President Donald Trump's wife bashed her former friend Stephanie Winston Wolkoff, who recently published a tell-all book about the first lady and her family, in a blog post on the official White House website, reported Politico.

"As a country, we cannot continue to get lost in the noise of negativity and encourage ambition by those who seek only to promote themselves," Melania Trump wrote.

"I have most recently found this to be the case as major news outlets eagerly covered salacious claims made by a former contractor who advised my office," she added. "A person who said she 'made me' even though she hardly knew me, and someone who clung to me after my husband won the Presidency."

Winston Wolkoff released recordings of her conversations with the first lady, who can be heard complaining about decorating the White House for Christmas and griping about criticism of the administration's policy of separating migrant children from their parents.

"This is a woman who secretly recorded our phone calls, releasing portions from me that were out of context, then wrote a book of idle gossip trying to distort my character," Melania Trump wrote. "Her 'memoir' included blaming me for her ailing health from an accident she had long ago, and for bad news coverage that she brought upon herself and others. Never once looking within at her own dishonest behavior and all in an attempt to be relevant. These kinds of people only care about their personal agenda — not about helping others."

Social media users who saw the post were aghast.