Ditching The Donald: Trump’s largest voter base is fleeing at an alarming rate 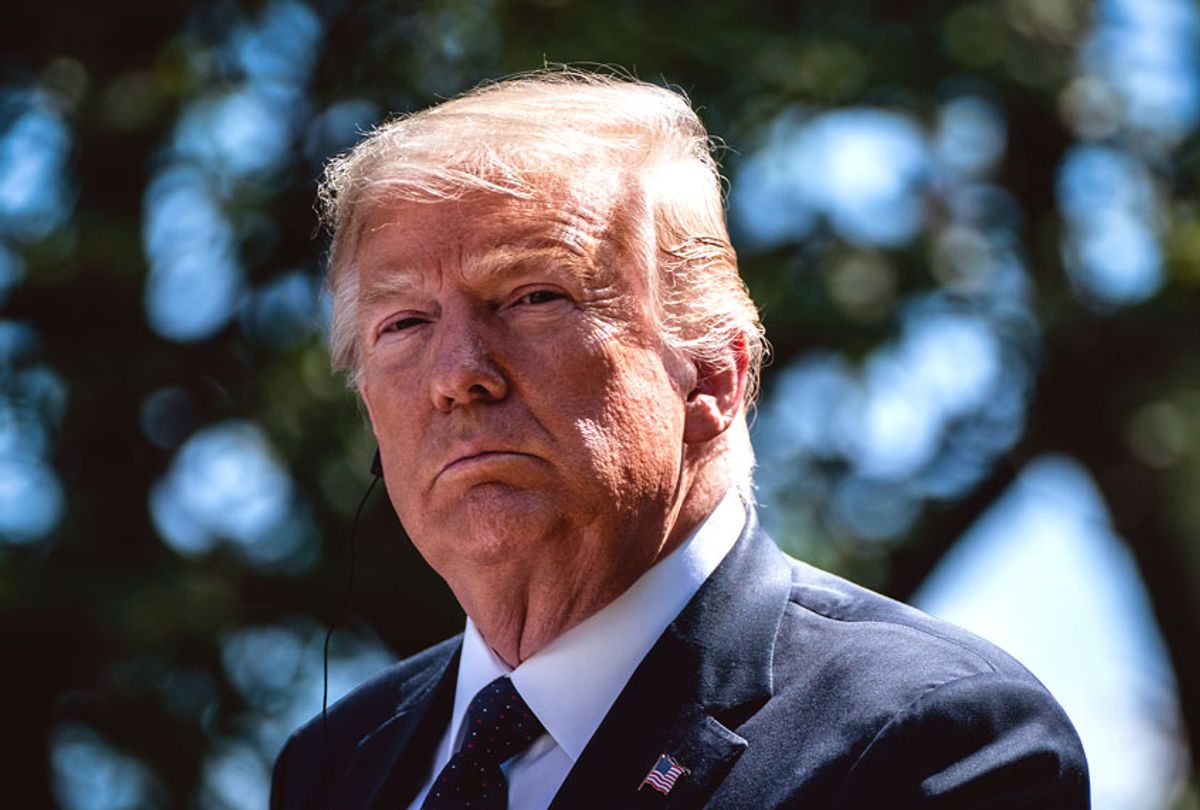 According to a report from MSNBC, the single largest segment of Donald Trump's base — non-college-educated white men — are fleeing the president's camp at an alarming rate and admitting that they have become embarrassed by his actions and his bullying.

In interviews with MSNBC's Liz Plank, many stated that they are remaining in the Republican Party — or called themselves "recovering Republicans' — but added they want nothing to do with the current top of the ticket.

As the report notes, a recent Wall Street Journal/NBC poll shows a dramatic drop in support for the president "among white male voters without college degrees …. from an enormous 35 points to a significant but narrowing 19 points."

According to Nick Stevens, 30, a Texas small-business owner, he is a Republican who is holding his nose and voting for Democratic challenger Joe Biden because he can't handle Trump any longer.

"Unfortunately, I'm voting for Joe Biden," Stevens admitted, with Plank adding," When we talked on the phone, Stevens said he wasn't leaving the party because he's particularly energized by Biden, but rather because he just can't bring himself to support a man like Trump."

Stevens was not the only Republican who expressed sentiments like that.

According to Nick Jesteadt, 30, a former conservative evangelist, "He's made this party untenable," before adding, "There is just no compassion."

"A secondary theme also emerged in many of these conversations. While the men often described themselves as recovering Republicans, many spoke like recovering toxic masculinity addicts. What they despised about Trump was a machismo they once emulated," Plank wrote, before quoting John Chapman, 36, a former Republican who claimed Trump is " a symptom of the toxic masculinity we all grew up idolizing."

"I was drinking the Kool-Aid so much that I named my dog Reagan," Chapman elaborated. "My reaction to Trump's version of masculinity is just realizing how fragile he must be," with Stevens chiming in, "Trump's handling of Covid right now, to a T, describes me two years ago. I had an issue for six years that I refused to go the doctor for, and it was almost fatal, because 'I was too tough for that.'"

Breaking it down, Plank suggested that Trump's base has begun to notice that his promises to them have failed to come true.

"While Trump said he would take care of all white men, he has taken care of only some white men: the ultra-rich ones. As many have lost jobs and housing, Jeff Bezos has more than doubled his wealth since the beginning of the pandemic — a jump helped along by Trump's tax cuts," she explained. "Your average white male voter isn't struggling because a woman or a person of color took his job; he is struggling because a select group of white men are hogging resources and paying taxes at a lower rate than the vast majority of Americans. Blaming immigrants for the stagnation many white men feel is a convenient distraction from the fact that it has been enabled by people like Trump himself."