Originalists like Barrett claim to rely on the objective "public meaning" of legal terms. Is there such a thing? 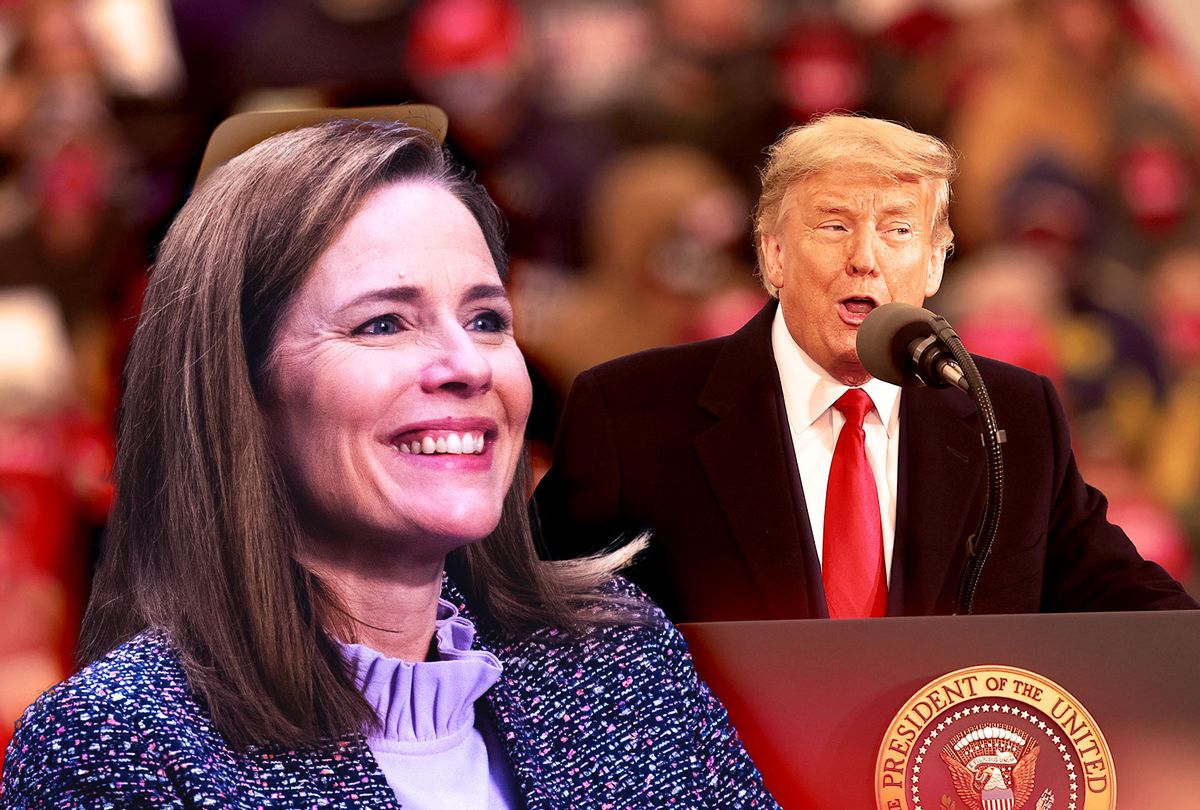 Many fear that Amy Coney Barrett's Supreme Court confirmation will erode the established rights of women and LGBTQ+ persons, given Barrett's private convictions. At last week's hearings before the Senate Judiciary Committee, Barrett responded clearly: "A judge must apply the law as written, not as the judge wishes it were." Barrett is an originalist and textualist, who prioritizes "what people understood words to mean at the time that the law was enacted." In pointing outward to the people, originalism conveys an alluring humility. Originalism is not personal; its conclusions reflect the objective fact of "public meaning."

But are originalists right about the facts? I ran experiments to test whether originalism's tools actually reflect public meaning. The results are surprising and troubling. In a forthcoming article in the Harvard Law Review, I found that the tools originalists rely upon support false conclusions about public meaning — and often conflict with each other. Until originalists like Barrett articulate better methods, Americans have no good reason to believe the theory is succeeding, even on its own terms.

In historical interpretation, originalists rely on tools like dictionary definitions: How was the contested term defined? They also rely on patterns of language usage: What was the most common way to use the term? A "big data" version of this approach called legal corpus linguistics has gained popularity.

I tested whether these tools actually reflect public meaning today, with a simple experiment. Consider a well-known example from legal philosophy: What is the meaning of the term "vehicle"? Three different groups participated in an experiment. The first made judgments about vehicles (e.g., "Is an airplane a vehicle: Yes or no?"). The second made judgments equipped with a dictionary definition of "vehicle" and the third with data from legal corpus linguistics (e.g., data about how the word "vehicle" is most commonly used).

Those groups reached radically different conclusions. For example, about 50% of people today say that a canoe is a vehicle. Yet nearly all participants using a dictionary definition reached that judgment (95%), while nearly all the participants using the corpus linguistics data reached the opposite judgment (only 10% agreed). Similar divergences arose across many different examples, and across groups of ordinary Americans, law school students and United States judges.

This exemplifies how different originalist tools can easily support different answers. None of the Supreme Court's originalists has a methods manifesto: Is there one dictionary upon which they will unwaveringly rely; should examples of common usage be always considered or never considered? Originalists who do not commit to precise methods or who strategically evade precision ("all historical materials are relevant") choose liberally among those tools — citing a dictionary in one case, examples of common usage in another.

A broader problem for originalism concerns the concept of "public meaning" itself. If originalists can identify how the public understood our Constitution in 1787, surely they can identify the "public meaning" of very simple terms today. Justice Brett Kavanaugh, also an originalist, invites us in a recent opinion to consider again the meaning of "vehicle." Clearly a car is a vehicle, but what about a canoe, an airplane or a baby stroller? Kavanaugh provides straightforward answers: "the word 'vehicle,' in its ordinary meaning does not encompass baby strollers."

Does the American public agree? About 75% of Americans agree that baby strollers are not "vehicles." But 25% disagree. Other cases are even more difficult. People are divided 70-30 concerning whether airplanes are vehicles, divided 60-40 on bicycles and divided 50-50 on canoes. It's not obvious what originalists should make of these facts. Is "public meaning" the same as "75% meaning" or "50% meaning"?

This is a simple example. But its simplicity is the point. For even very familiar terms there is no univocal public meaning to find. Where there is no such fact, what remains is an imposed fiction. Americans should wonder about originalist fiction: Who is its author, who receives its royalties and is there judicial humility in forcing it upon us?

Originalism's flexibility and fictionalism are especially troubling in its relationship to settled law. Barrett has written cautiously about the "tension" between originalism and precedent. She is certainly a committed originalist, approvingly citing G.K. Chesterton: "a thing worth doing is worth doing badly." Originalism is worth doing, even if it is originalism done badly.

What is originalism done well? One answer is to do it with self-assurance, overturning longstanding decisions and striking down democratically enacted laws that are inconsistent with the judge's personal conclusion about public meaning. Barrett writes that a judge should "enforce her best understanding of the Constitution rather than a precedent she thinks clearly in conflict with it." Her writing also suggests that the Affordable Care Act is unconstitutional. Other originalist scholars are very confident in the opposite conclusion. Yet "being a judge takes courage," said Barrett. You are there to "follow the law wherever it may take you."

Courage is a virtue when founded upon humility, but a vice when founded upon pride. As Sen. Ben Sasse of Nebraska put it during Barrett's confirmation hearing: "An originalist comes to the court with a fundamental humility and modesty." Yet true humility requires sharing with Americans a precise method, demonstrating that the method reflects the truth, and having the wisdom to know when no certain answer is found.

At the very least, originalists owe an explanation to today's American people. With no public method and an error-prone and flexible toolbox, why should we take a judge's personal "best understanding" of public meaning to be good enough? Where originalist judges proceed proudly with no answers, that is originalism done badly. And that, even originalists should agree, is not worth doing.

Kevin Tobia is an assistant professor of law at the Georgetown University Law Center.