"Get out and vote!": Televangelist Pat Robertson predicts re-electing Trump will usher in apocalypse 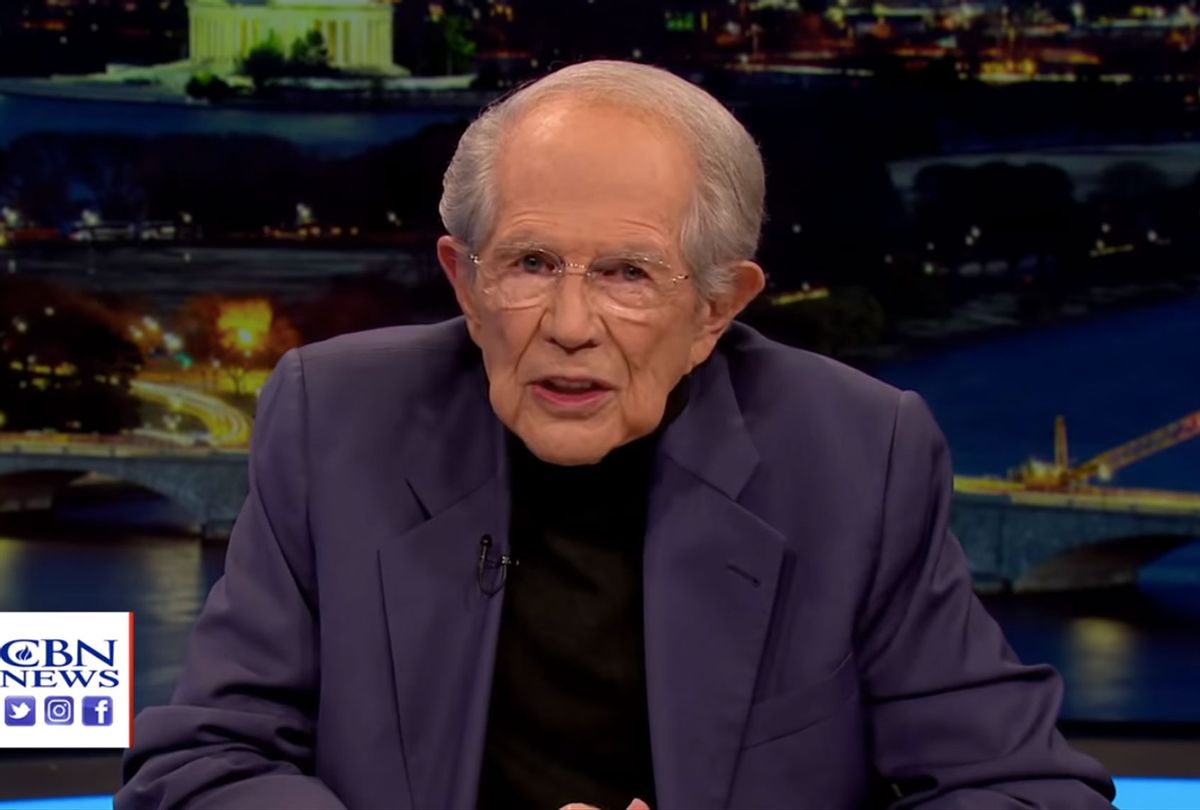 Televangelist Pat Robertson predicted President Donald Trump would win re-election, and that would usher in the long-promised End Times.

The 90-year-old broadcaster, who has consistently supported the president who is backed by white evangelicals, told "700 Club" viewers that he was certain Trump would win the Nov. 3 election, and he then warned that trouble would soon follow.

"We've never seen the like of it before, but I want to relate to you again, there is going to be a war," Robertson said. "Ezekiel 38 is going to the next thing down the line. Then a time of peace and then maybe the end, but nobody knows the day or the hour when the lord is going to come back. He said the angels don't know it and only the father knows it, so I'm not sure this is the second coming."

Robertson has been predicting the apocalypse since at least 1976, when he forecast the world would end in October or November 1982, and in 1990 the Southern Baptist minister warned the world would be destroyed April 29, 2007 — which, of course, has proved to be inaccurate.

"But I am saying that if things that people thought would be during the millennial time with the coming of Jesus, they are going to happen in our lifetime," Robertson said, "and the next thing is the election that's coming up in just a few weeks, at which time according to what I believe the lord told me, the president is going to be re-elected."