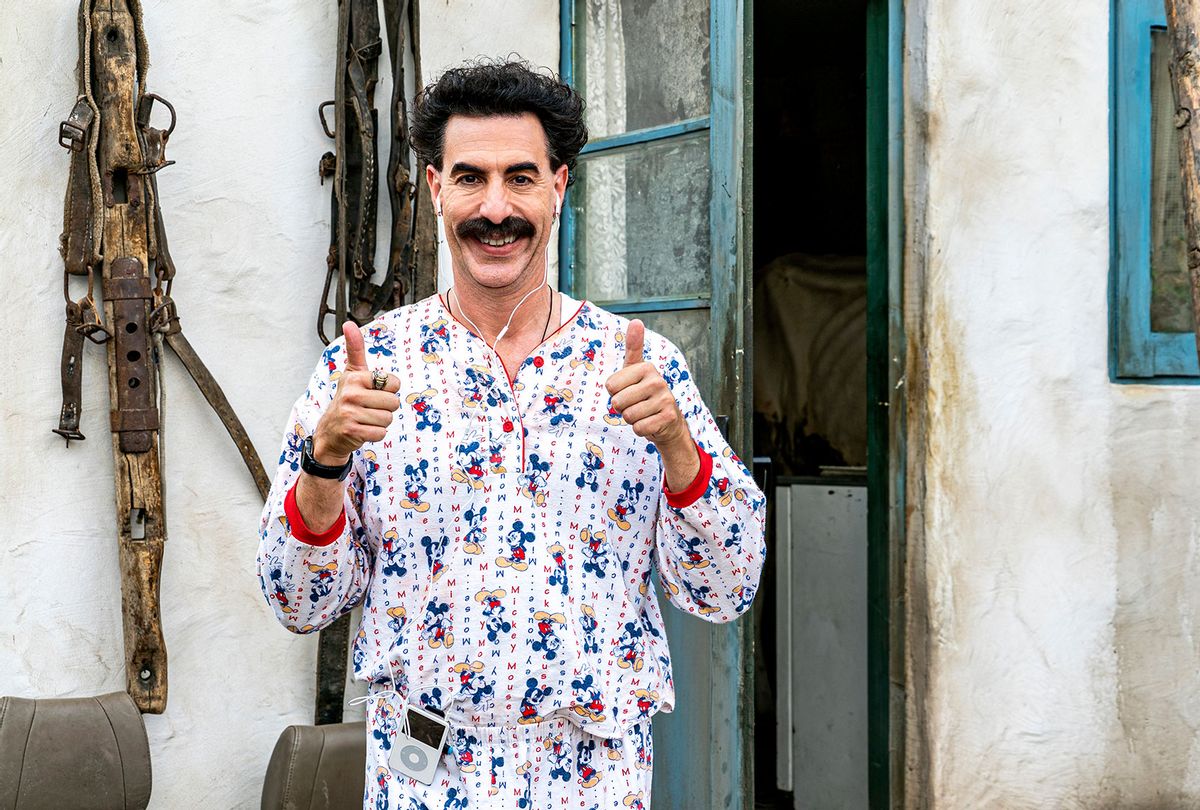 Rudy Giuliani has a surprising supporter after a compromising clip of him in "Borat 2" was released — Borat himself.

In a video posted to Borat's official Twitter account on Thursday night, star Sacha Baron Cohen suited up as his alter-ego and defended the former New York City mayor, albeit in his signature comical style.

Read more from Variety: Matthew McConaughey reveals he was sexually abused as a teen in new memoir

"I here to defend America's mayor Rudolph Giuliani," Borat said. "What was an innocent sexy-time encounter between a consenting man and my 15-year-old daughter has been turned into something disgusting by fake news media."

Earlier this week, a compromising clip of Giuliani from the "Borat" sequel went viral on social media after he appeared to reach his hands into his pants in a hotel room with 24-year-old actor Maria Bakalova, who plays Borat's daughter. Bakalova had posed as a conservative TV journalist who interviews Giuliani and invites him to her hotel room, where there were several hidden cameras from the "Borat" film crew. After Giuliani lays back in the bed and fiddles with his pants, Borat bursts into the room, saying "She's 15. She's too old for you."

In the new video, Borat added a cheeky warning to anyone who may misinterpret Giuliani's intentions in the scene.

"I warn you, anyone else tries this and Rudolph will not hesitate to reach into his legal briefs and whip out his subpoenas," he said.

On Wednesday, Giuliani called the video a "complete fabrication" and said Cohen would be a "stone-cold liar" if he tried to allege that he was acting inappropriately in the scene.