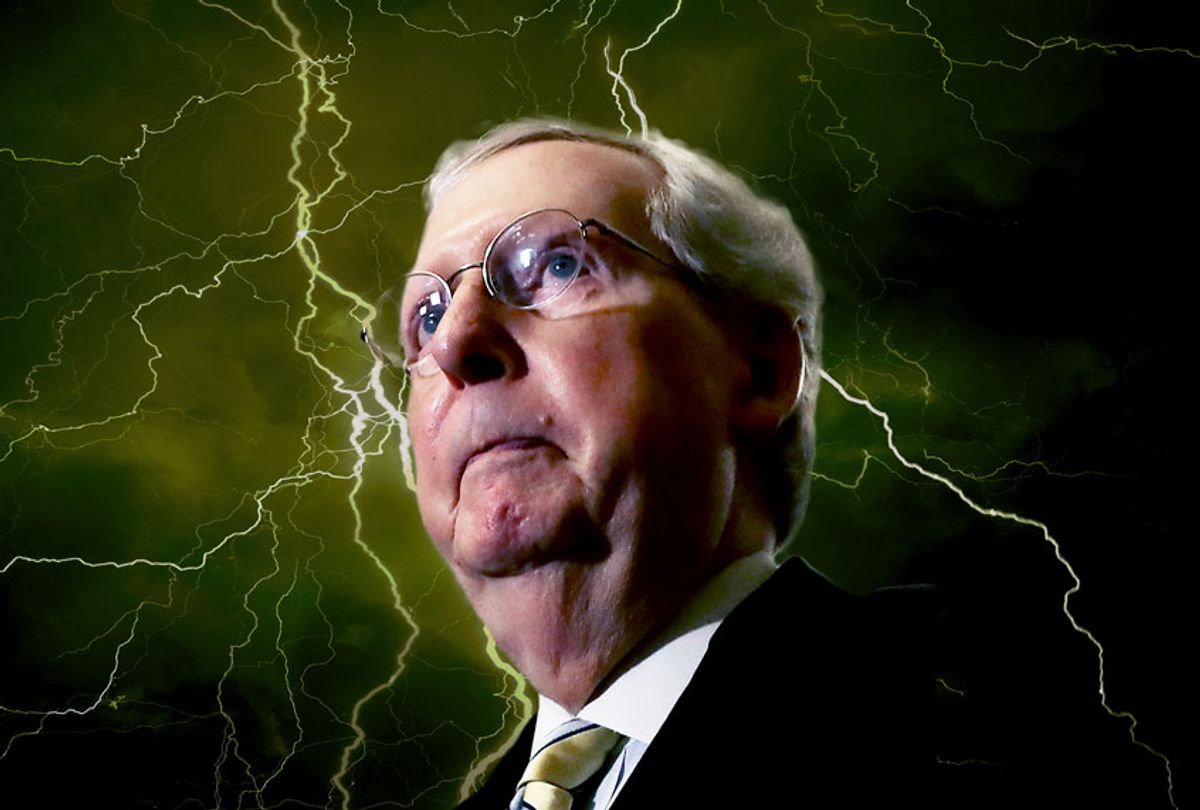 According to a report from Politico, conservative donors — some using so-called "dark money" political action committees (PACs) — are coming to the rescue of incumbent Republican Senators who are facing ouster because of their close ties to Donald Trump in the hope Senate Majority Leader Mitch McConnell (R-KY) can hold onto power.

With Republican Senate seats in Maine, Arizona, Colorado, North Carolina, Georgia, South Carolina and Iowa in danger of flipping, Politico is reporting that GOP donors are riding to the rescue in states where the Republican incumbents are being badly outraised by their Democratic opponent.

"The GOP's top super PAC raised nearly $50 million in the first two weeks of October, a huge sum that can help the party defend itself across a broad Senate map with close to a dozen senators in peril. But the total didn't fix the party's fundraising problems," Politico's James Arkin wrote.

Noting the Democrats still have a huge cash advantage with the election only 11 days away, the report states that a "dark money" PAC affiliated with allies of McConnell, called the Senate Leadership Fund, brought in $49.6 million in the first two weeks of October to bolster the candidates' last-minute advertising.

"The funding mostly came almost entirely from big donors, or from unknown sources. One Nation, the dark money group aligned with SLF, added $27.5 million, more than half the total fundraising; $16 million of the rest came from six people or groups giving 7-figure checks. SLF had $69 million in the bank as of Oct. 14," the report states.

This is not to say that Democratic candidates are going to be outspent.

"Democrats held an enormous advantage in candidate fundraising and spending in the third quarter of this year, and they continued to steamroll Republicans in the first two weeks of October," Arking reported. "In the 14 most competitive races on the map, Democratic candidates raised more than $84 million in the two-week period, more than double the $41 million combined from Republican senators and challengers. Democrats put the money to good use: Their campaigns spent $128 million in that time frame, compared to $69 million for the GOP."