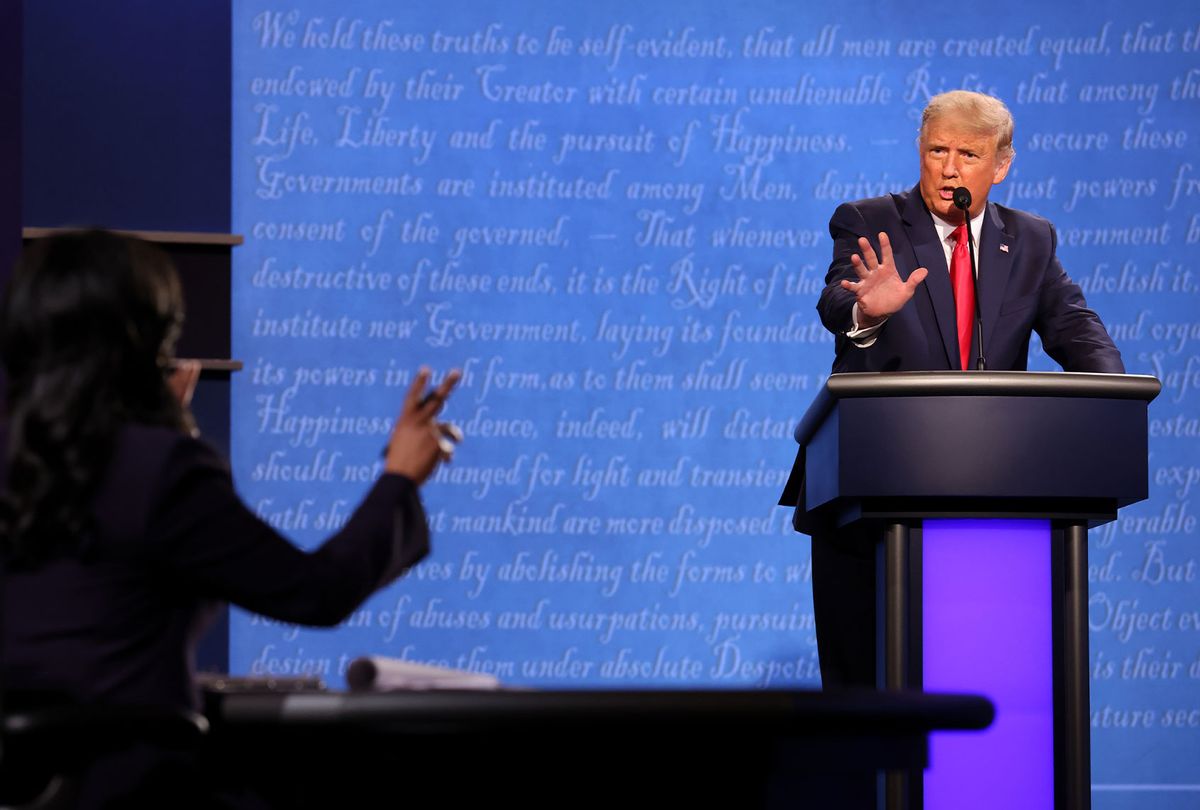 U.S. President Donald Trump participates in the final presidential debate against Democratic presidential nominee Joe Biden at Belmont University on October 22, 2020 in Nashville, Tennessee. This is the last debate between the two candidates before the election on November 3. (Justin Sullivan/Getty Images)
--

The "Morning Joe" contributor said the president indulged in his grievances during his debate against Joe Biden, but he wondered whether most viewers understood the references he made to various Fox News storylines.

"I think quaalude Trump is better than crystal meth Trump, you know, from the last debate," Heilemann said. "That was, like, an improvement, I think."

"He needed one extra 'lude to get him through the whole thing, and he wasn't quite there," Heilemann added. "Quaalude Trump was still not that great. Joe Biden, I think, you know, he's best one-on-one. I think his previous best debate performance was one-on-one against Bernie Sanders. I thought Biden was clear, on point and making his arguments and did not tire, as he sometimes has in some of the debates. He was strong, I thought, throughout."

Heilemann said the president failed to land many of his attacks simply because they were too far into the weeds for most viewers to understand.

"They brought their fact witness, Tony Bobulinsky or 'Baba Booey' or whoever, that guy, refused to take questions at the press conference, and it's not that there were no facts. As it turns out after the Wall Street Journal debunked the story, but Donald Trump's lack of preparation, guys, I think, came through. Those Hunter Biden hits are complicated, and Trump was not well versed in them, so it sounded to me like gobbledygook. It was just gibberish coming out of his mouth. The big guy, you're the big guy, he said to Biden, you didn't understand that unless you're in the Fox News bubble already, you didn't understand a lot of the things that Trump was trying to say."