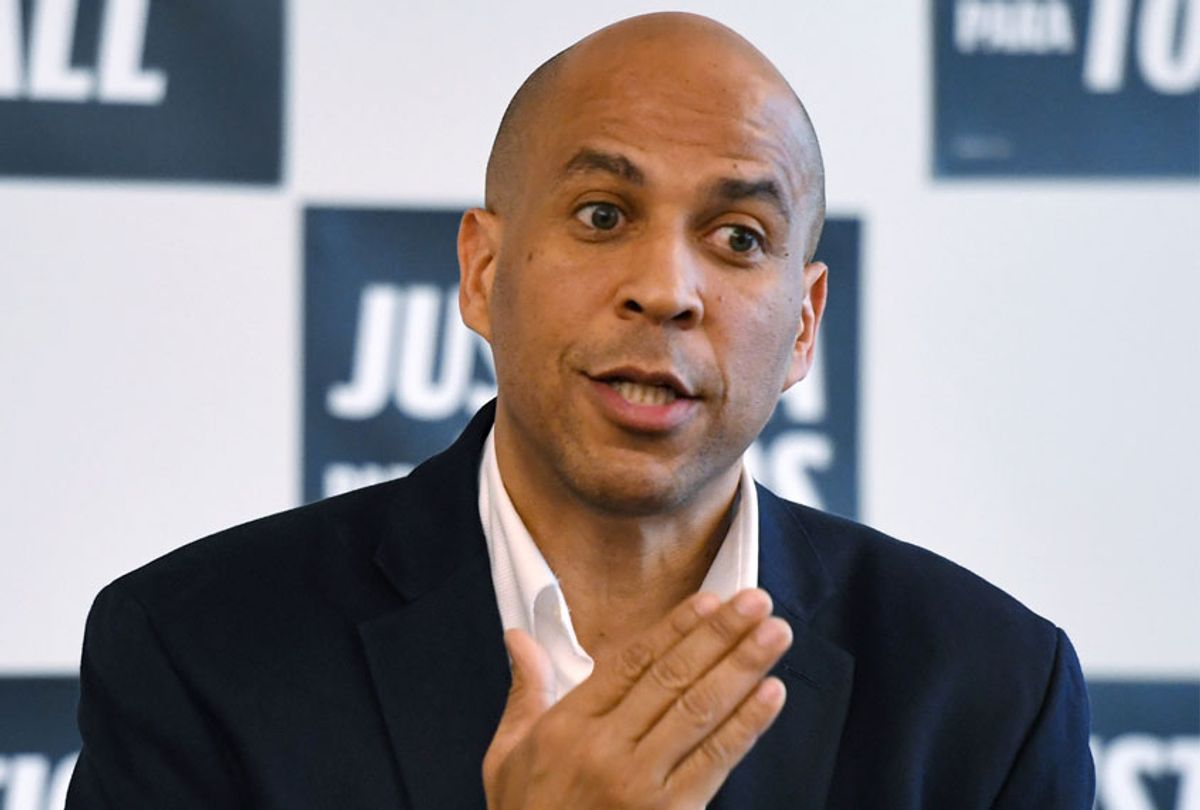 Liberals and progressives often attack far-right MAGA and Trumpian Republicans for "racist dog whistles." But sometimes, racism from the far right isn't subliminal, but rather, overt and in-your-face — for example, the congressional campaign of 25-year-old North Carolina Republican Madison Cawthorn saying, in essence, that Cawthorn's 62-year-old Democratic opponent, Moe Davis, is a self-hating White male for being too pro-Black.

Tim Miller, a Never Trump conservative and ex-communications director for former Florida Gov. Jeb Bush, slams Cawthorn's campaign in an October 22 article for The Bulwark. Miller notes that Cawthorn's campaign, on the anti-Davis website MoeTaxes.com, "takes aim at Davis over his purported association with a local journalist, Tom Fiedler. It says that Fiedler 'quit his academia job in Boston to work for non-white males, like (Sen.) Cory Booker, who aims to ruin white males.'"

Miller writes, "Putting the atrocious syntax aside: quitting one's job to work for someone who isn't White is a problem now? Booker's blackness is the issue that offends you? In Donald Trump's white grievance party, apparently so."

The Bulwark points out that after Miller's article was initially published, the overtly racist rhetoric at MoeTaxes.com was changed. The "non-white males" and "ruin white males" references were replaced with claims that Davis supports "left-wing identity politics."

Miller, in his article, explains that "Trump has made a feature of his stump speech a line about how Joe Biden plans to send Cory Booker, of all people, into the suburbs to somehow ruin everything for reasons that are a total mystery. Wink. But Cawthorn is happy to say the loud part even louder: Cory Booker, you shouldn't work for him because he's 'non-white' and 'ruining white males.' Horrific."

In North Carolina's 11th Congressional District, Cawthorn is running for the U.S. House of Representatives seat that was vacated by former Rep. Mark Meadows when he left Congress to become White House chief of staff in the Trump Administration.

Miller stresses that Cawthorn has been "claiming to represent a new generation of Republicans," adding that "like the rest of the young Generation Trump, Cawthorn has learned that Republican voters are less interested in the regulatory regime than in uncut white identity politics. In addition to targeting Davis for associating with someone who worked for a Black man, the microsite, (MoeTaxes.com) also smeared him as a 'terrorist defender' who commits 'perversion.' But, like the rest of Generation Trump, Cawthorn is also learning that while it's easy to dominate a Republican primary with this stuff, winning a general election is harder."

Miller notes that an internal Democratic poll found Davis leading Cawthorn by 3%. And considering that the district in question was conservative enough to send far-right Tea Party favorite Meadows to Congress, that is saying a lot.

Slamming Cawthorn's campaign with biting sarcasm, Miller writes, "If Cawthorn goes down in defeat, at least we know he won't go work for anyone who is Black, since his closing message against Moe Davis is Make America 1950 Again."