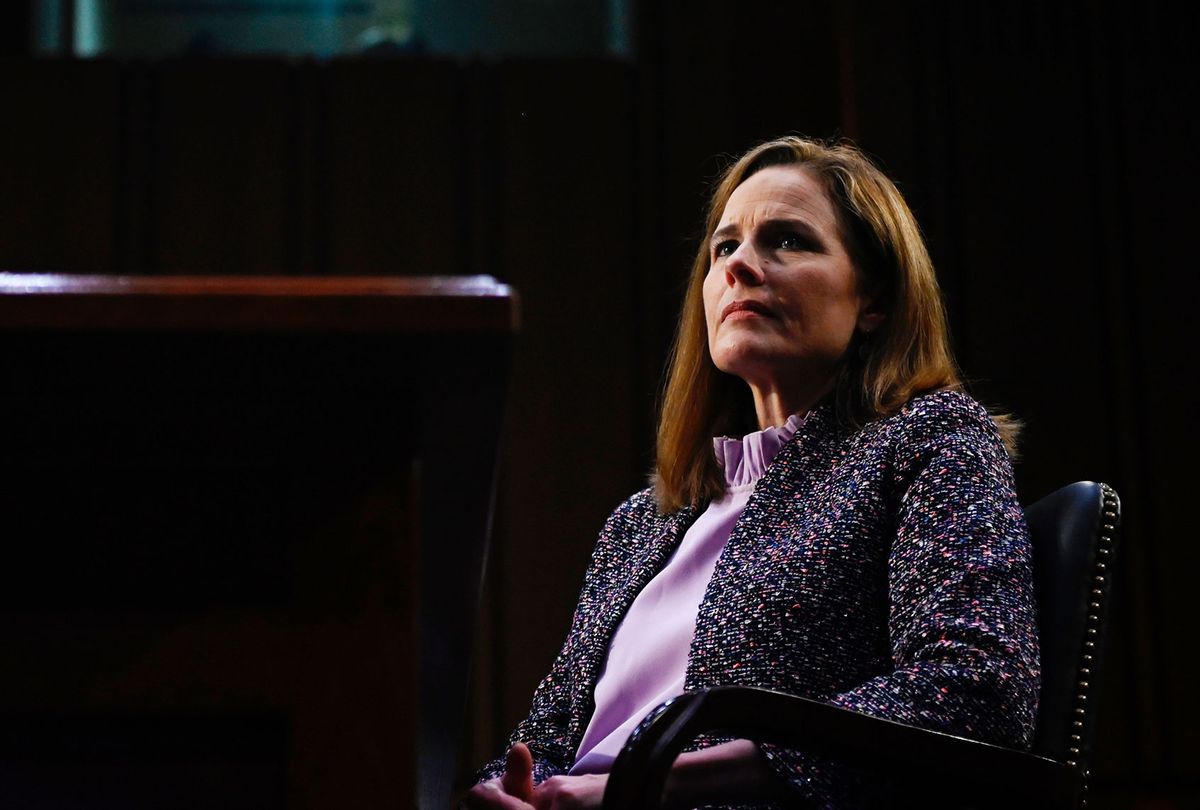 Amy Coney Barrett's nomination to the Supreme Court has highlighted the ways interest groups use the legal system to pursue their goals. Barrett is closely tied to the conservative Federalist Society, whose members have played a major role in President Donald Trump's judicial appointments. Organizations who support and oppose her confirmation are intensely lobbying senators and the public.

Like other justices, if confirmed, Barrett will continually face pressure campaigns from groups trying to shape the direction of American law.

I have extensively studied how special interests use the court as a public policy battleground, including in my book, "Friends of the Supreme Court: Interest Groups and Judicial Decision Making." Here's what to expect from interest groups before a Supreme Court with a Justice Barrett.

Friends of the court

The main way special interests participate in the courts is by filing amicus curiae ("friend of the court") briefs in cases that intersect with their interests. In these legal documents, groups take positions to persuade the justices to endorse their economic, political and social interests.

Although amicus briefs are filed in almost all appellate courts in the United States, they are especially prevalent in the U.S. Supreme Court. Almost every case before the court has at least one amicus brief, and there is an average of about 12 briefs per case. High-profile disputes, such as those involving abortion, affirmative action, health care and same-sex marriage, have neared or topped 100 amicus briefs.

Amicus briefs are not cheap – they can cost up to US$100,000 because of the fees related to attorneys' time and expenses to research and prepare them. And the court's rules can be manipulated to obscure who pays for these briefs. This has led to allegations that groups are purposely hiding the wealthy donors who fund these briefs to further the donors' political agendas in the court.

For example, the Lynde and Harry Bradley Foundation, a charity that promotes conservative causes, funded many of the interest groups who filed amicus briefs in Janus v. AFSCME. This 2018 decision weakened the power of labor unions by severely limiting their ability to collect fees from nonunion members used for collective bargaining.

Importantly, some organizations who file amicus briefs are more privileged than others. The justices are deferential to high-profile, elite interest groups, such as the American Civil Liberties Union and the Chamber of Commerce, particularly if those groups share their ideological preferences. The justices tend to vote in favor of the positions advocated by these organizations and adopt their legal arguments more often than lesser-known groups.

If confirmed, the addition of Amy Coney Barrett will give conservative justices a 6-3 majority on the court. Although both liberal and conservative groups file amicus briefs in roughly equal numbers, this will motivate conservative interest groups to push their agendas before a sympathetic court. Liberal groups will be left trying to defend their past victories.

What does this conservative agenda look like? First up will be dismantling the Affordable Care Act and the Voting Rights Act, which are already on the court's docket.

More long-term goals will include restricting access to abortion, limiting the rights of the criminally accused, halting the expansion of LGBTQ+ rights, increasing the power of business and expanding the scope of the Second Amendment, which protects an individual's right to bear arms.

High-profile groups leading this conservative charge will include Americans for Effective Law Enforcement, the Cato Institute, the Chamber of Commerce, the Criminal Justice Legal Foundation and the Washington Legal Foundation.

What are the tactics?

The first step toward achieving these goals will be to influence the Supreme Court's agenda.

Each year, the court receives petitions to review about 8,000 cases, but hears fewer than 80 cases. To shape the docket, interest and advocacy groups will orchestrate test cases by carefully selecting individuals to challenge policies they oppose. Once those cases are appealed to the Supreme Court, some groups file amicus briefs at the agenda-setting stage urging the justices to review a case.

For example, in District of Columbia v. Heller, which established the individual right to keep and bear arms in 2008, Heller's lawyers coordinated with conservative interest groups on the content of their amicus briefs. These briefs contained arguments from historical, legal, linguistic and statistical perspectives, among others.

Liberals follow this playbook, too. One example: Before she was on the court, Ruth Bader Ginsburg filed an amicus brief on behalf of the liberal American Civil Liberties Union in Craig v. Boren and advised Craig's attorneys. This led to the landmark 1976 precedent that established how the court evaluates claims of gender discrimination.

In their briefs, conservative groups will advance theories of judging known as textualism and originalism. These closely linked approaches hold that the best way to interpret the Constitution is according to how it was understood at the time of its ratification.

For example, a judge might ask herself: How would the informed public in 1791 understand what "Congress shall make no law respecting an establishment of religion" means? With a majority of justices on the court sympathetic to these theories of constitutional interpretation, textualist and originalist amicus briefs are likely to be particularly effective.

If successful, this process will repeat itself over the years and in many different cases. This is necessary for interest groups because it takes a long time to achieve legal change, since the justices are generally reluctant to overturn their previous decisions. Instead, the justices tend to chip away at them over time.

For example, the American Civil Liberties Union was successful convincing the court to apply the exclusionary rule to the states in Mapp v. Ohio in 1961. This rule holds that evidence police gather illegally is inadmissible in a trial. Subsequently, conservative Supreme Court justices have followed conservative groups' arguments by carving out numerous exceptions to the exclusionary rule. Although Mapp is still the law of the land, it is a shell of its former self.

With a 6-3 majority of conservative justices on the court – five of whom are 70 years old or younger – this strategy can be expected to continue for decades to come. This will give conservative groups and the justices who agree with them plenty of time to mold American law in their image.