"Why is the showing of the film 'Borat' banned in Kazakhstan? Because this film insults our history" 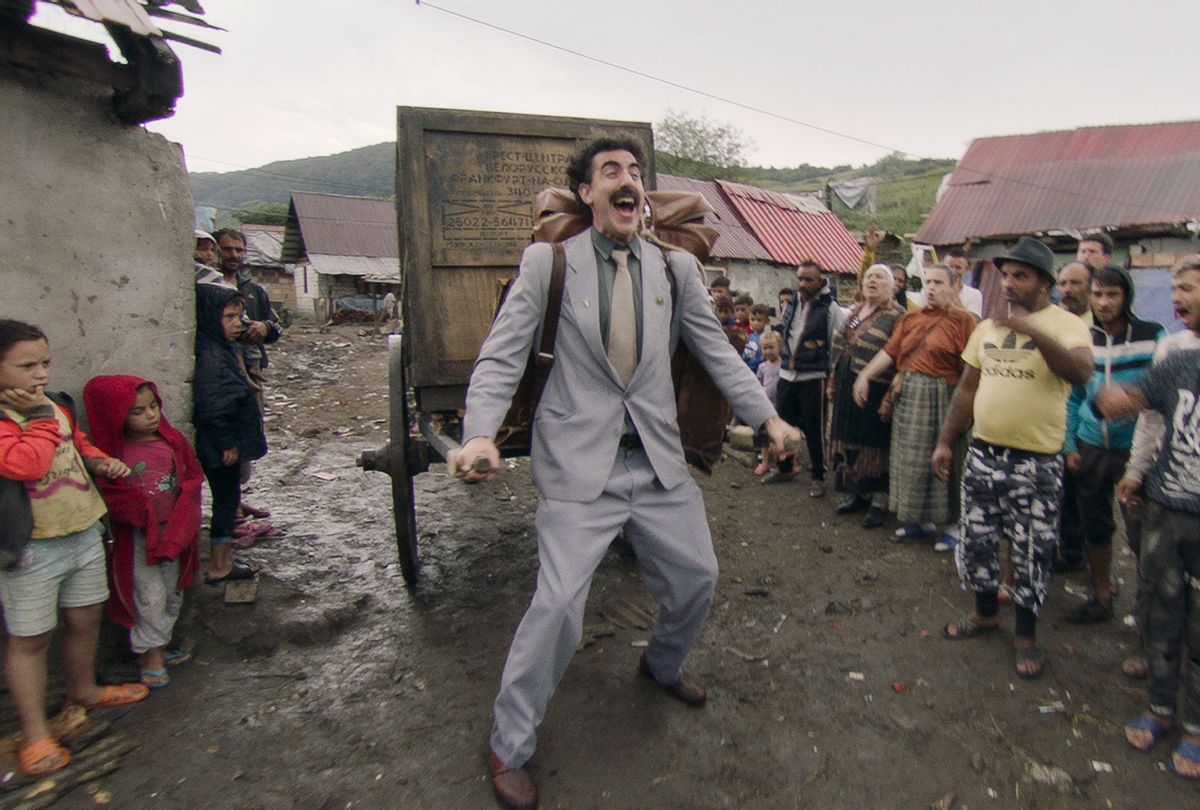 The Kazakh American Association has slammed Sacha Baron Cohen's "Borat" sequel for what it deems to be a racist depiction of Kazakhs. The group is also questioning Amazon Prime Video's support of a film that could, they say, "incite violence against a highly vulnerable and underrepresented minority ethnic group."

"Sacha Baron Cohen and his crew white washes our ethnicity and therefore makes it okay to make fun of us. It would be completely politically incorrect if they were Asian or Black," says Gaukhar (Gia) Noortas, a Los Angeles-based Kazakh native who is the founder and CEO of the Hollywood Film Academy.

The letter states that the first "Borat" film in 2006, in which British comedian Baron Cohen debuted as outlandish Kazakh journalist Borat Sagdiyev, saw members of the Kazakh community subjected to "ethnicity-based humiliation" and that Kazakh children were bullied at school. Kazakhstan, a predominantly Muslim nation, is a Central Asian country that shares a border with Russia in the north, China to the east, and Kyrgyzstan, Uzbekistan and Turkmenistan to the south.

"Considering today's socially aware political climate, why is a racist film which openly berates, bullies and traumatizes a nation comprised of people of color an acceptable form of entertainment that meets Amazon's ethical values?" the letter states. "Why is our small nation fair game for public ridicule?"

"In this film, a white person adorns a Kazakh persona and then culturally appropriates and belittles everything we stand for. We, Kazakhs, are a small nation, but it does not mean that we are allowed to be targets for racism," it continues. "Mr. Cohen [sic] states that his primary target is Trump and racist Americans. If this was the case, he would have created a fake country, as he did in the film 'The Dictator.' However, Mr. Cohen [sic] chose to openly bully, humiliate and dehumanize an actual nation."

Read more from Variety: Oscar Isaac in talks to star in "Moon Knight" series at Disney+

"Borat Subsequent Moviefilm" is set in Kazakhstan, but was filmed in Romania. Meanwhile, the language spoken in the film between Borat and daughter Tutar is understood to be a mixture of Hebrew (in which Baron Cohen, who is of Jewish descent, is fluent) as well as Polish and Bulgarian, which is spoken by Bulgarian actor Maria Bakalova.

The Kazakh American Association asserts that by backing the sequel, Amazon Prime Video is actively promoting racism, cultural appropriation and xenophobia. The letter is signed by Ayauly Akylkhan, chair of the organization's board, in addition to Noortas.

Reflecting on the impact of 2006's "Borat," Noortas says, "All kinds of strangers, when they find out I'm from Kazakhstan, ask me questions such as, 'Oh, do you really like that kind of free sexual behavior? Do you sleep with your brothers?' and all kinds of vulgar questions like that. They're not bad people; they're just misinformed."

Noortas, who describes the film as "hijacking" Kazakh culture, says she is yet to receive a response from Amazon to the letter.

Variety reached out to Amazon for comment, but did not hear back by press time. Baron Cohen declined to comment.

An Avaaz.org petition calling for the film's cancellation has so far drawn more than 110,000 signatures (100,000 of those came just ahead of the Oct. 23 release), while small groups of protesters also gathered outside the U.S. embassy in Almaty, Kazakhstan's largest city, on Friday.

Now that the film has been released, Noortas and the Kazakh American Association still hold out hope that Amazon will pull the plug on the film. At the very least, they'd like an apology from Baron Cohen and Amazon.

"We just want to make sure that we bring as much awareness as possible to the masses of how wrong it is," says Noortas. "This is utterly racist, and people need to understand that this is what our campaign is about."

The Kazakhstan government, meanwhile, has not reacted as strongly to the sequel as it did to the first film, which was banned in the country. This time around, Kazakhstan has incorporated Borat's "Very nice!" catchphrase into an upbeat new tourism campaign titled "Kazakhstan. Very Nice!" that features actors declaring the phrase in response to various landmarks and cultural activities.

"This is a comedy, and the Kazakhstan in the film has nothing to do with the real country," Baron Cohen said in a written statement to The New York Times on Monday. "I chose Kazakhstan because it was a place that almost nobody in the U.S. knew anything about, which allowed us to create a wild, comedic, fake world. The real Kazakhstan is a beautiful country with a modern, proud society — the opposite of Borat's version."

Regardless, the #CancelBorat2 hashtag on Twitter continues to be a hotbed of outrage and disappointment.