"Your presence alone could be very dangerous to many people," a letter to Pence from Senate Democrats said 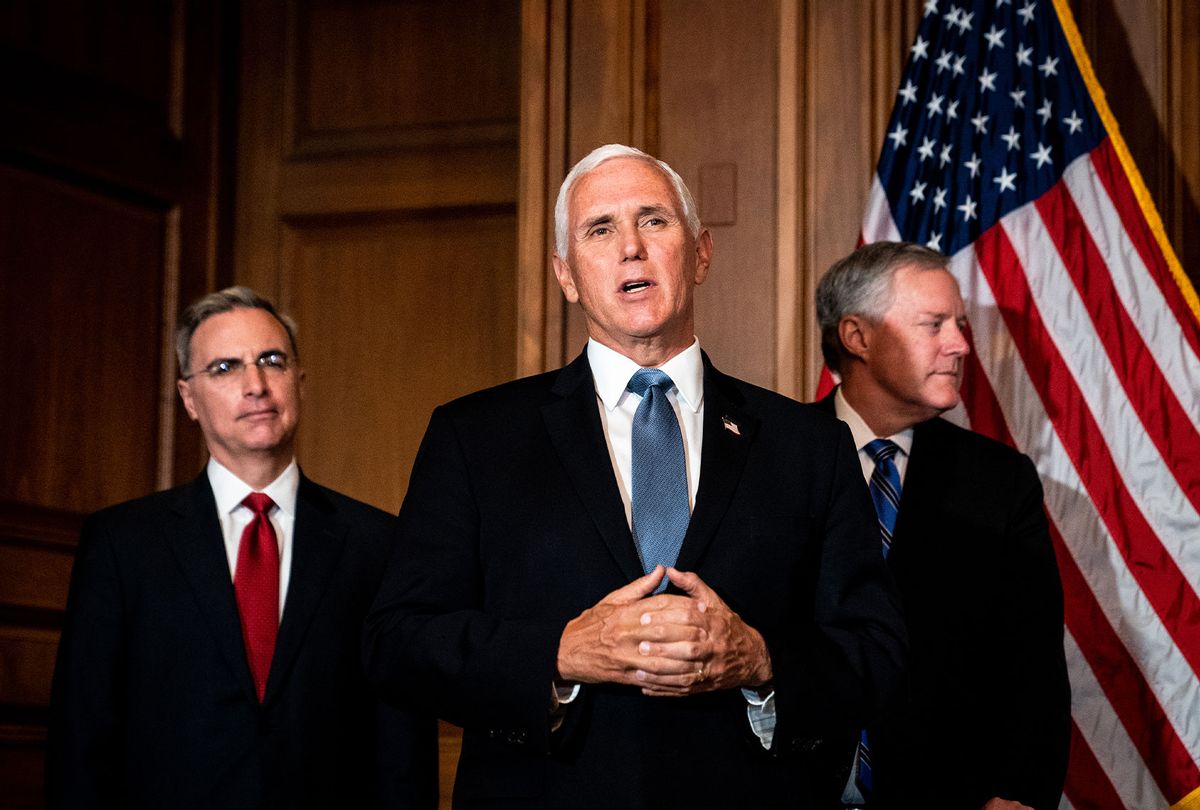 With multiple members of Vice President Mike Pence's senior staff now confirmed to be infected with the coronavirus—and Senate Republicans scheduled to ram through the final confirmation vote for Supreme Court nominee Amy Coney Barrett as early as Monday afternoon or evening—Democratic leaders in the Senate are calling on Pence to forgo his plans to preside over the chamber in the name of public health and out of concern for all who work there.

With at least five members of Pence's office now under quarantine after testing positive for Covid-19, Pence has been under fire and accused of gross negligence for refusing to leave the campaign trail. A letter sent directly to the vice president by Democrats on Sunday night said it was equally disturbing to learn of his plans to attend Monday's confirmation vote in the Senate.

"Not only would your presence in the Senate Chamber tomorrow be a clear violation of Centers for Disease Control and Prevention (CDC) guidelines, it would also be a violation of common decency and courtesy," the letter stated. "Your presence alone could be very dangerous to many people—not just Senators, but to all the truly essential staff—both Democratic and Republican—who must be physically present inside the U.S. Capitol for it to function. These men and women are the Capitol Police officers, the custodians, the food service workers, the floor staff, and everyone else that makes the Capitol complex work. On their behalf, please reconsider your decision to attend."

While Democrats and progressive activists have expressed outrage over the Republicans' rush to confirm Barrett—despite being in the middle of both a presidential election and a deadly pandemic—the Democratic senators said the decision by Pence, who has tested negative for the virus, to enter the chamber despite his recent exposure to so many infected people is made even worse because his presence is so unnecessary to the process.

"Nothing about your presence in the Senate tomorrow can be considered essential," the Democrats said to Pence in their Sunday letter. "You will not need to cast the deciding vote to break a tie. Your presence tomorrow would be purely ceremonial. We believe that if you and President [Donald] Trump finally began to take this crisis seriously, instead of taking actions that could further increase the spread, we would all be safer and better off."