At the sentencing, one victim said she was treated like a “piece of meat” and a “brainwashed sex slave" 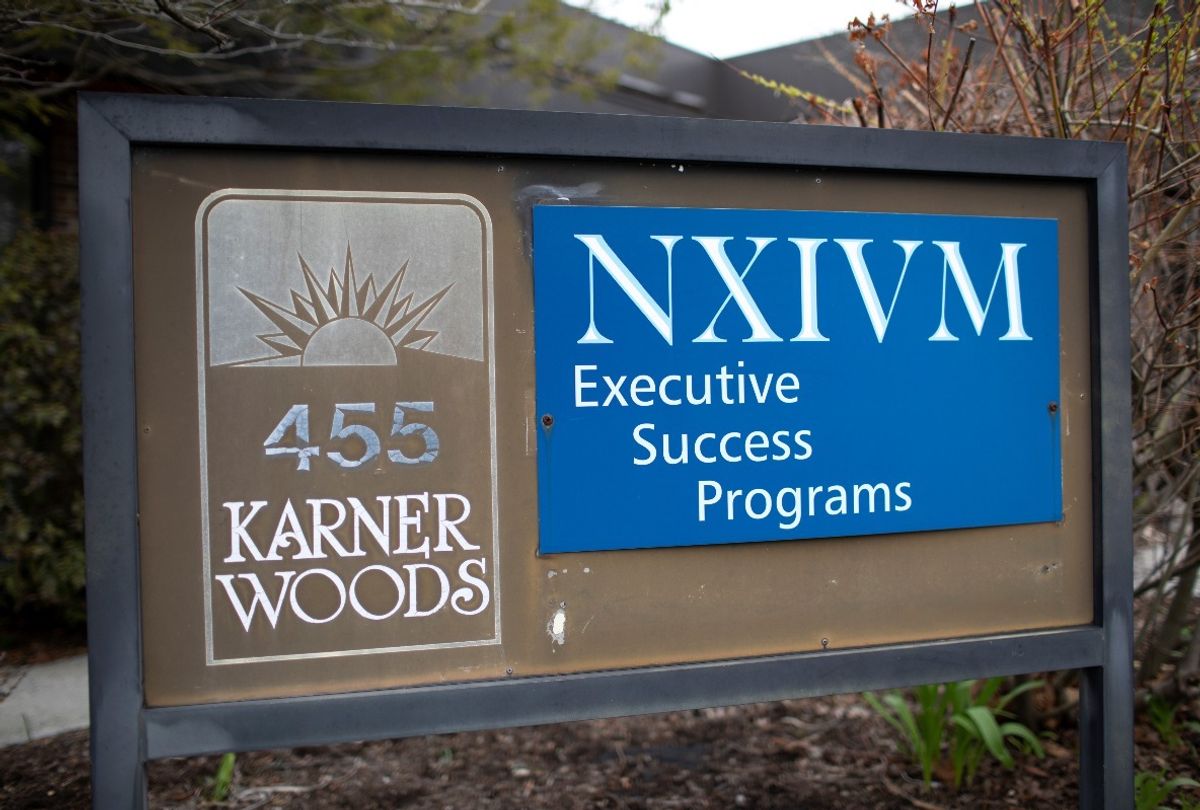 Keith Raniere, the convicted leader of the sex cult NXIVM, has been sentenced to 120 years in prison.

Raniere — who was convicted in June 2019 on the charges of sex trafficking, forced labor conspiracy and racketeering — was facing life in prison at his sentencing in Brooklyn, New York, on Tuesday.

Raniere has been accused of creating a secret female-only society within NXIVM called DOS where women were kept as slaves who were assigned to have sex with him. The women were branded with his initials, restricted to low-calorie diets and were forced to hand over nude photos of themselves as collateral for the purpose of instilling constant fear, should they disobey orders.

Read more from Variety: Oscar Isaac in talks to star in "Moon Knight" series at Disney+

At the sentencing, one victim said she was treated like a "piece of meat" and a "brainwashed sex slave." Another woman said she was punished by Raniere when she broke her 400-calorie-a-day diet by eating pumpkin seeds. And another, who said she was raped by Raniere at just 15 years old, told the judge that she and her two sisters were impregnated by Raniere and then forced to get abortions.

Raniere's attorneys were asking for 15 years, and ahead of the sentencing, had said Raniere unapologetically maintains his "complete innocence." Prosecutors were seeking life in prison.

A total of 15 victims made statements at the Brooklyn courthouse, including India Oxenberg, the daughter of "Dynasty" actress Catherine Oxenberg, who says she was lured into the self-help organization when she was just 19 years old.

"You raped me," Oxenberg said, facing Raniere in the courtroom. "You tried to destroy my family by turning me against my own mother, telling me she was a psychopath."

"I can still hear his voice in my head — it continues to be a daily struggle," said a woman by the name of Camila, who says she was Raniere's first sex slave. She first met Raniere at just 13 years old, when she and her two sisters were lured from their home in Mexico to join NXIVM. Sharing her horrifying account, she added, "He robbed me of my youth…He used my innocence to do whatever he wanted with me."

The victim, now an adult, said Raniere raped her when she was a 15-year-old virgin. Raniere, now 60, would have been 45 years old at the time. The woman says the cult leader impregnated her and her two sisters, then forced them all to have abortions and gave her the sexually transmitted disease HPV. The woman said she was branded with Raniere's initials, like cattle, and has traumatizing memories of Raniere taking naked photographs of her. She said Raniere was so critical of her weight, wanting her to weigh less than 100 pounds, that she developed an eating disorder.

Camila's sister, named Daniela, alleges she was kept in a single room for two years as punishment by Raniere. "He showed me and my little sister no mercy. He deserves no mercy," she told the judge.

Leading up to Raniere's sentencing, NXIVM has garnered mainstream attention, as Hollywood as catapulted the saga in both HBO's nine-part docuseries, "The Vow," and Starz's true crime miniseries, "Seduced: Inside the NXIVM Cult," which premiered earlier this month and revolves around Oxenberg.

Oxenberg appeared in-person at court, while other victims gave their statements via video. Sarah Edmondson and Mark Vicente, who appear in HBO's "The Vow," also made victim statements during the sentencing.

"Battlestar Galactica" actress Nicki Clyne, who is married to "Smallville" actress Allison Mack, one of the leaders of the NXIVM cult, was spotted at the courthouse to show support for Raniere, who despite disturbing allegations and charges, still has a number of supporters who were present at the sentencing.

On Friday, the judge rejected Raniere's latest bid for a new trial, after Raniere accused the judge of corruption and demanded a new trial.

In the first interview since he was arrested, Raniere spoke to "Dateline" NBC News this past weekend, issuing a half-apology, saying, "Yes, I am innocent." In the TV interview, he continued, "And although it is, this is a horrible tragedy with many, many people being hurt, I think the main thrust of this has been the oppression but really a different issue, which is hard for me to express. There is a horrible injustice here. And whether you think I'm the devil or not, the justice process has to be examined."

Clare Bronfman, heir to the Seagrams liquor fortune and the primary financier of NXIVM, was sentenced to nearly seven years in prison earlier this month for conspiracy to conceal and harbor aliens for financial gain and fraudulent use of personal identification information. Bronfman, who was the first defendant sentenced in connection to the cult's human-trafficking and sexual abuse case, was arrested in 2019, after pleading guilty to identity theft and immigration fraud.

Mack, who pleaded guilty to racketeering last year, has yet to be sentenced.

During Raniere's sentencing, one of the victims said Mack recruited her into NXIVM, then sharing chilling details about her experience, telling the judge, "I was one of those f–k-toy sex slaves. That was me."