"I have known this couple since they were dating," ex-"Apprentice" star Omarosa Manigault Newman says of the Trumps 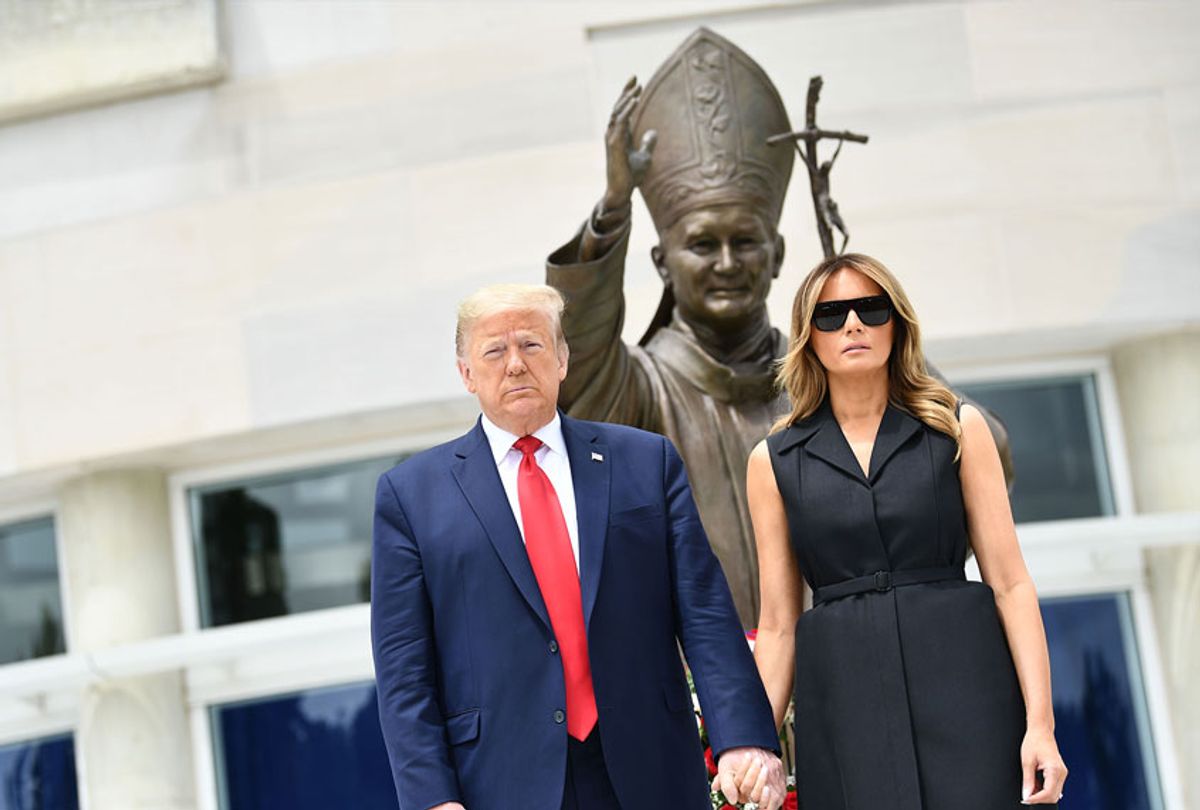 US President Donald Trump and First Lady Melania Trump visit the Saint John Paul II National Shrine, to lay a ceremonial wreath and observe a moment of remembrance under the Statue of Saint John Paul II on June 2, 2020 in Washington,DC. (BRENDAN SMIALOWSKI/AFP via Getty Images)
--

Discussing yet another incident that saw first lady Melania Trump abruptly pull her hand away from her husband, Donald Trump, former White House adviser Omarosa Manigault Newman — who has known the couple for years — hinted that they have a difficult relationship before adding that the president's wife often expresses disgust with him.

In an interview reported by the Daily Mail, Manigault Newman — who got her start with the president on "The Apprentice" — recalled interactions between the two and labeled their relationship, which has included the president's dalliance with an adult film star, "very strange."

"It's a very strange marriage," she explained. "I'm very cautious to comment on the dynamics of a marriage, because you never know what goes on behind closed doors. But I have known this couple since they were dating. They got married a year after 'The Apprentice' aired."

Continuing in that vein, she added, "What I have observed in the last 17 years would make your head spin. Sometimes they like each other but sometimes she is repulsed by him," which she tied to the latest denial of the president's hand by the first lady which was followed by her wiping her hand on her skirt.