Did former Justice Anthony Kennedy's son play a role in his decision to retire, paving way for Brett Kavanaugh? 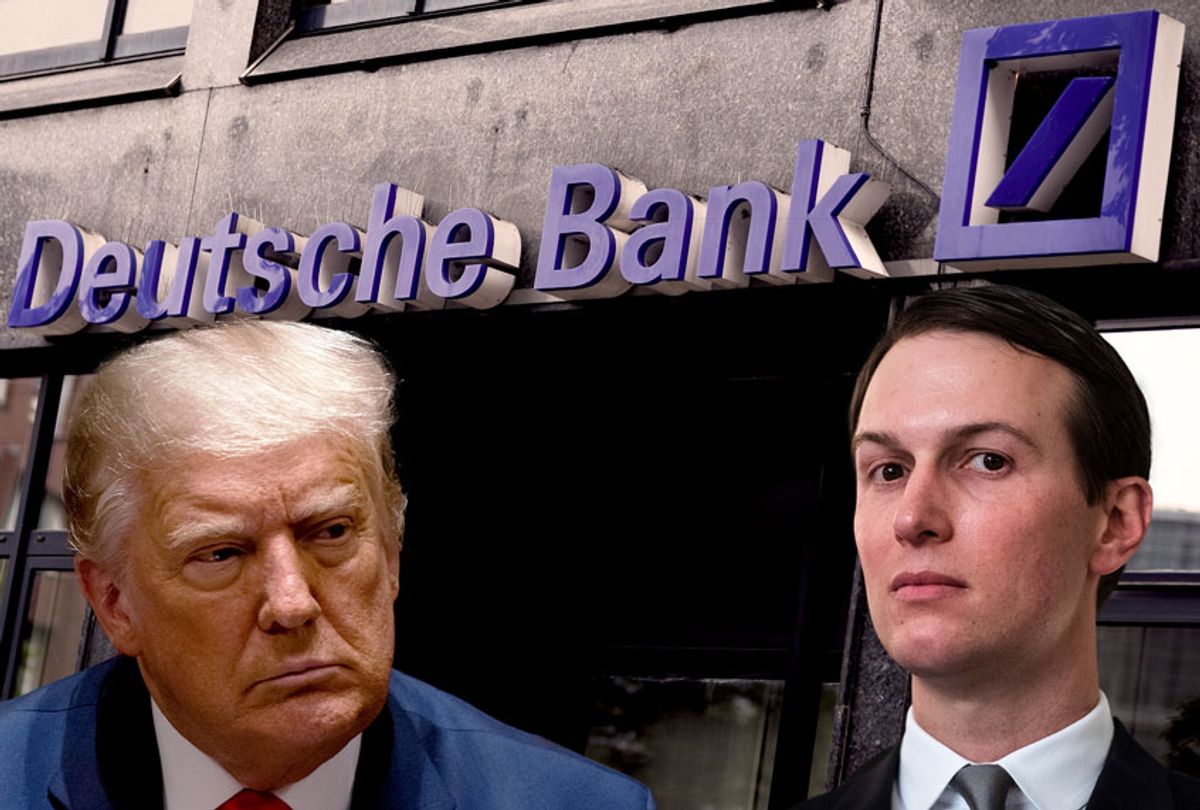 During Justice Anthony Kennedy's 31 years on the U.S. Supreme Court, liberals and progressives had a love-hate relationship with the Reagan appointee — praising him for his rulings on gay rights and abortion rights while slamming his economic rulings as beneficial to unchecked corporate power. And those who viewed Kennedy as being too quick to side with big business are likely to have similar views on his son, Justin Kennedy, who according to the New York Times, has been very close to Trumpworld and helped Donald Trump secure almost $700 million in loans for a real estate project in Chicago.

In an article published this week, Times journalists David Enrich, Russ Buettner, Mike McIntire and Susanne Craig report that the financial crash of September 2008 "was in full swing" when Trump visited Chicago "to mark the near-completion of his 92-floor skyscraper." But the project did not go smoothly.

"How Mr. Trump found trouble in Chicago and maneuvered his way out of it is a case study in doing business the Trump way," the Times reporters explain. "When the project encountered problems, he tried to walk away from his huge debts. For most individuals or businesses, that would have been a recipe for ruin. But tax-return data, other records and interviews show that rather than warring with a notoriously litigious and headline-seeking client, lenders cut Mr. Trump slack — exactly what he seemed to have been counting on."

According to the Times, Trump went to Deutsche Bank to borrow "the bulk of the money" he would need for the skyscraper project — and he "assured Deutsche Bank officials, including Justin Kennedy, the son of the now-retired Supreme Court Justice Anthony Kennedy, that the Chicago development was a guaranteed moneymaker. In a sign of the Trump family's commitment to the project, Mr. Trump told his bankers that his daughter Ivanka would be in charge."

In an article published in Law & Crime following the Times' article, reporter Jerry Lambe examines the relationship between Justin Kennedy and Trumpworld. Lambe points out that Justin Kennedy was close to Ivanka Trump and her husband, Jared Kushner — both of whom are now White House senior advisers in Trump's administration — and "was willing to overlook Trump's shoddy history as a debtor."

Lambe notes, "Justin Kennedy's role in helping to breathe life into Trump's business empire before he was president has continued to breed rumors and conspiracies about the alleged 'White House charm offensive' carried out by the Trump family to help convince Justice Kennedy to retire and make way for Justice Brett Kavanaugh's appointment to the bench."

David Enrich, finance editor for the New York Times, discussed the relationship between Trumpworld and the Kennedy family in his book "Dark Towers: Deutsche Bank, Donald Trump and an Epic Trail of Destruction." Enrich wrote that Justin Kennedy was "drawn to Trump's risk-taking and glamour" and said, "Trump's flattery was part of a coordinated White House charm offensive designed to persuade the ageing justice — for years, the Court's pivotal swing vote — that it was safe to retire, even with an unpredictable man in the Oval Office."

Lambe explains, "Justin Kennedy was apparently not the only member of the Kennedy family with the White House's ear. Washington Post deputy editorial page editor and columnist Ruth Marcus wrote, in her 2019 book 'Supreme Ambition: Brett Kavanaugh and the Conservative Takeover,' about a suspicious scene in which Kennedy's other son, Gregory Kennedy, allegedly met with White House Counselor Kellyanne Conway during a dinner just days after the president's inauguration. No one was happier about the outcome of the election than his father, Gregory Kennedy said, according to the book."

Anthony Kennedy, now 84, was most definitely a swing vote during his 31 years on the Supreme Court. Before his retirement in 2018, the fiscally conservative but socially liberal justice was the closest thing the High Court had to a libertarian — and he ruled with the late Justice Ruth Bader Ginsburg on abortion and gay rights decisions but often ruled with Justice Clarence Thomas and Justice Antonin Scalia on economic matters. Far-right culture warriors hated Kennedy for his rulings in Lawrence v. Texas (which struck down a Texas sodomy law as unconstitutional) and Obergefell v. Hodges (which legalized same-sex marriage nationwide), while liberals and progressives generally liked him on social issues but were furious over his ruling in the Citizens United case. And when Trump nominated Justice Brett Kavanaugh in 2018, he obviously wanted to replace Justice Kennedy with a social conservative who would appeal to the president's far-right white evangelical allies such as Jerry Falwell, Jr., Franklin Graham and Pat Robertson.