On "Everything Fab Four," Toto's Steve Lukather opens up about his working friendship with Ringo Starr and more 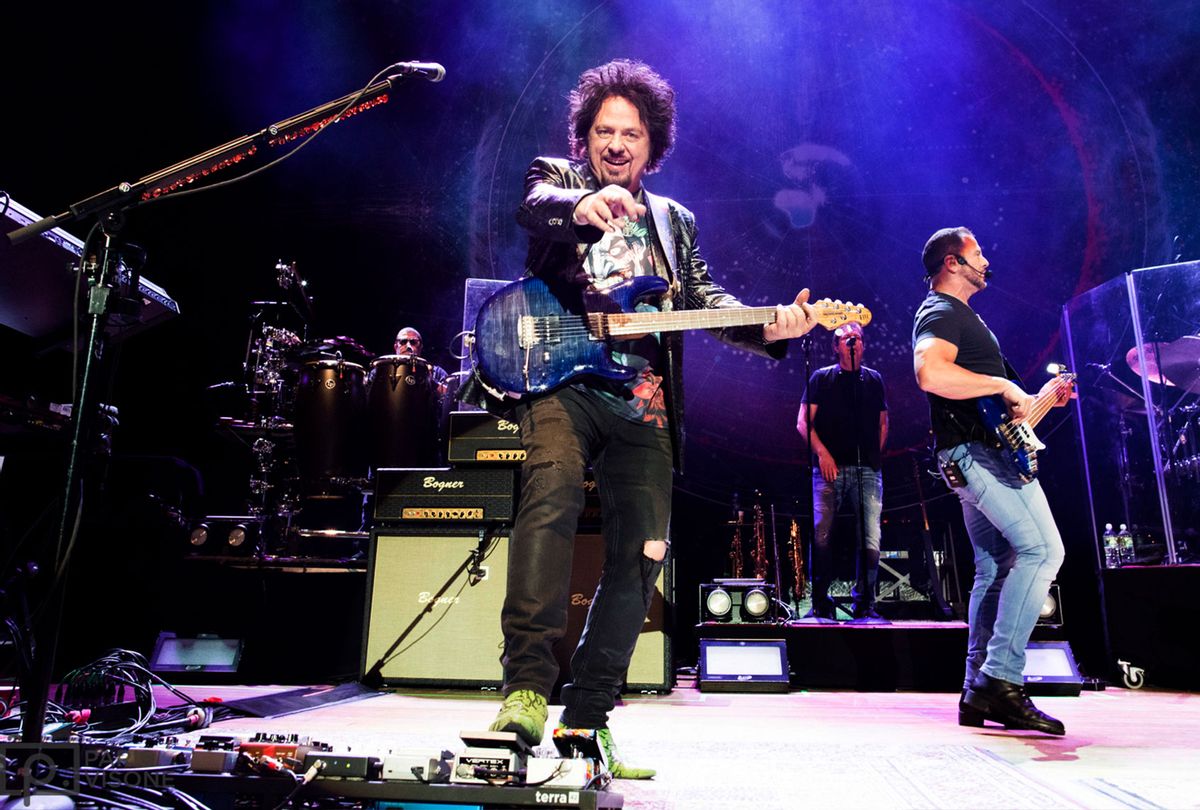 Grammy-Award winner Steve Lukather, best known as the lead guitarist for Toto, recently joined host Kenneth Womack to talk about the Beatles on "Everything Fab Four," a new podcast co-produced by me and Womack, a music scholar who also writes about pop music for Salon, and distributed by Salon.

Lukather, who has played on over 2,000 rock and pop tracks, talks about how he went from being "shitty at sports" and "bullied as a kid" to finding his soul in music when the Beatles hit "The Ed Sullivan Show" in 1964.

"Life went from black-and-white to color," says Lukather. "I was like, I gotta learn how to do that. I [joined] a band when I was nine. I mean, what are the odds of a little kid from West Hollywood seeing the Beatles on 'Ed Sullivan,' then playing on the 50th anniversary of that show?"

Nowadays, having been a member of Ringo Starr's All-Starr Band for years, he counts Ringo as one of his closest friends. "I cherish that relationship probably more than anything at this point," Lukather says. "Ringo's the coolest guy I've ever been friends with — and I have a lot of cool friends."

He also got to know George Harrison after playing onstage with him at a 1992 tribute to the late Jeff Porcaro, Toto's original drummer. And he ended up working with Paul McCartney — not only on Michael Jackson's "Thriller" album in 1982, but later as a session player in McCartney's 1984 film, "Give My Regards to Broad Street."

On set, Lukather says, "We were told when we got there that we shouldn't talk about the Beatles with Paul.… After about two days [working] with Linda, she said 'Who told you that? That's ridiculous, Paul loves talking about the Beatles.' So me, being a young ballsy kid in my 20s, I started playing 'Please Please Me.' And Paul looked up at us, surprised, and then he started singing and everybody jumped in!"

As Lukather explains, "I respect what came before me — I'm a big fan of all sorts of music  — but it all begins with the Beatles."

Listen to the entire conversation with Steve Lukather on "Everything Fab Four," and subscribe via Spotify, Apple, Google or wherever you get your podcasts: