"Everything Fab Four": Our new podcast about the life-changing power of the Beatles

How is a Beatles fan made? In this new series, everyone has a Beatles story of their own 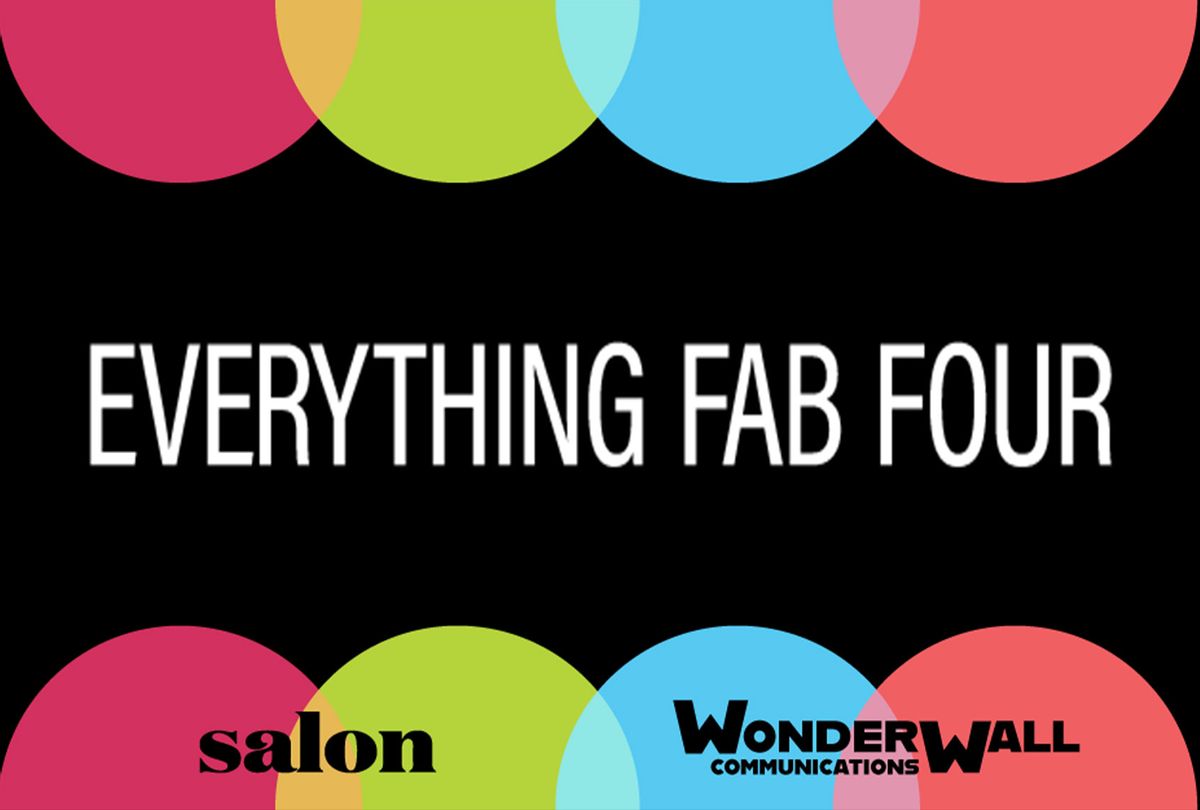 As the host of "Everything Fab Four," a podcast devoted to discussing the Beatles' enduring and evolving cultural and personal significance, I have experienced great joy in exploring our guest stars' tales of Beatles discovery and obsession. Listen to Episode 11 with "Little Steven" Van Zandt:

When you subscribe, you'll hear a variety of guests — from Broadway star Adam Pascal ("Rent") and singer/songwriter Dessa, member of the indie hip hop collective Doomtree, to John Oates of Hall & Oates fame and legendary singer/songwriter Judy Collins — share stories of how the Beatles shaped and changed their lives and careers.

Beatles fans take great pride in relaying their stories about discovering the Fab Four. For many first-generation listeners like Toto's Steve Lukather, the story often centers around "The Ed Sullivan Show" on that auspicious Sunday evening of February 9, 1964, when the Beatles launched the British Invasion by seizing control of millions of American television sets.

For yet others, their Beatles fandom finds its origins in other places, like a darkened movie theater while gazing upon the bandmates' kinetic screen energy in "A Hard Day's Night." There are thousands upon thousands of Beatles fans who proudly display their ticket stubs from a concert experience during the throes of Beatlemania. Veteran rock 'n' roller Michael Des Barres remembers seeing them perform up close and personal at a New Musical Express Poll-Winners concert. Yes front man Jon Anderson recalls a chance elevator ride with George Martin, the band's producer, and feeling awed simply being in his presence. Others came to love the Beatles years after they were already legends, long after their days as a band were over.

As for me, it's nothing of the sort. In fact, as Beatles discovery stories go, it's pretty tame.

As it happens, I discovered the Beatles during my preteen years in the mid-1970s when my favorite television program, "The New Zoo Revue," was suddenly and unforgivingly preempted. I won't mince words: I loved "The New Zoo Revue" and its depiction of a perfect utopian harmony between humans and life-sized animal puppets. What's not to love? Freddie the Frog was a hoot and Henrietta Hippo was a show-stealer if ever there were one.

But then, on that terrible morning as I prepared to consume yet another mouth-watering bowl of King Vitamin cereal, I turned on the television only to discover that Freddie the Frog and Henrietta Hippo were abruptly and ineffably gone—that "The New Zoo Revue" had been wrested from my morning routine and inexplicably replaced by, of all things, the Beatles. And I had absolutely no idea who they were.

For reasons beyond my ken, the Fab Four had eluded me throughout my tender years. Sure, I knew all about the Monkees—their television show had been awash in reruns for the balance of my short lifetime—and the Partridge Family were old hat by then and growing unmercifully long in the tooth. And of course, I was more than familiar with the antics of the Banana Splits, the inimitable Fleegle, Bingo, Drooper and Snorky.

On that fateful morning—as I lamented the untimely loss of "The New Zoo Revue"—what I found myself watching wasn't actually a television show that featured the Beatles themselves, but rather, a crudely rendered cartoon facsimile of the group. And, as I would later learn, the cartoons weren't even voiced by John, Paul, George and Ringo, but instead, by a couple of workaday actors. And worse yet, one of those actors wasn't even British!

And as for the Beatles—well, the Beatles didn't really ring any bells for me. At this point, I had no idea that they had disbanded when I was three years old or, more importantly, that they held almost every meaningful accomplishment, as vocal groups go, in the vaunted Guinness Book of World Records, which, for kids my age, was the veritable Bible about anything and everything that could possibly matter in the world. How, pray tell, had they succeeded in eluding my grasp?

But there they were, courtesy of reruns in all of their coarsely-drawn glory, having quite suddenly hijacked the airwaves. For a moment, I was perturbed, but then, quite unexpectedly, I had become smitten with these four lads from Liverpool. And who wouldn't be? The Beatles, even as cartoons, were as delightful, if not more so, than Freddie the Frog and Henrietta Hippo could ever hope to be.

And, of course, the Beatles had much more going for them—much more, indeed. In addition to their cartoon hijinks, they could sing! In that inaugural episode, they got into one antics-filled jam after another to the soundtrack of "A Hard Day's Night" and "I Want to Hold Your Hand." Where, I wondered, had these songs been all of my life?

I couldn't believe my ears, much less my eyes, as I watched the animated Beatles rehearsing their music in a haunted house in Transylvania only to seek refuge from their unrelenting fans, scant moments later, by secreting themselves in a diving bell. After bizarrely descending into the deepest depths of the ocean, they find themselves accosted by, of all things, a heartbroken octopus. I was spellbound. Freddie the What? Henrietta Who?

A few nights later, my father trundled home from work with a copy of "The Beatles' Greatest" LP under his arm. As compilation albums go, it was pretty weak—an obscure German imprint that was fairly narrow in terms of the Beatles' incredible musical breadth. But it hardly mattered: I was once and truly hooked, and nothing would ever be the same again.

"Everything Fab Four" season 1 drops new episodes every two weeks, wherever you get your podcasts.