The Beatles in Jacksonville, 1964: Inside the Fab Four's historic stand against segregation

"We never play to segregated audiences," John Lennon said at the time. "I'd sooner lose our appearance money" 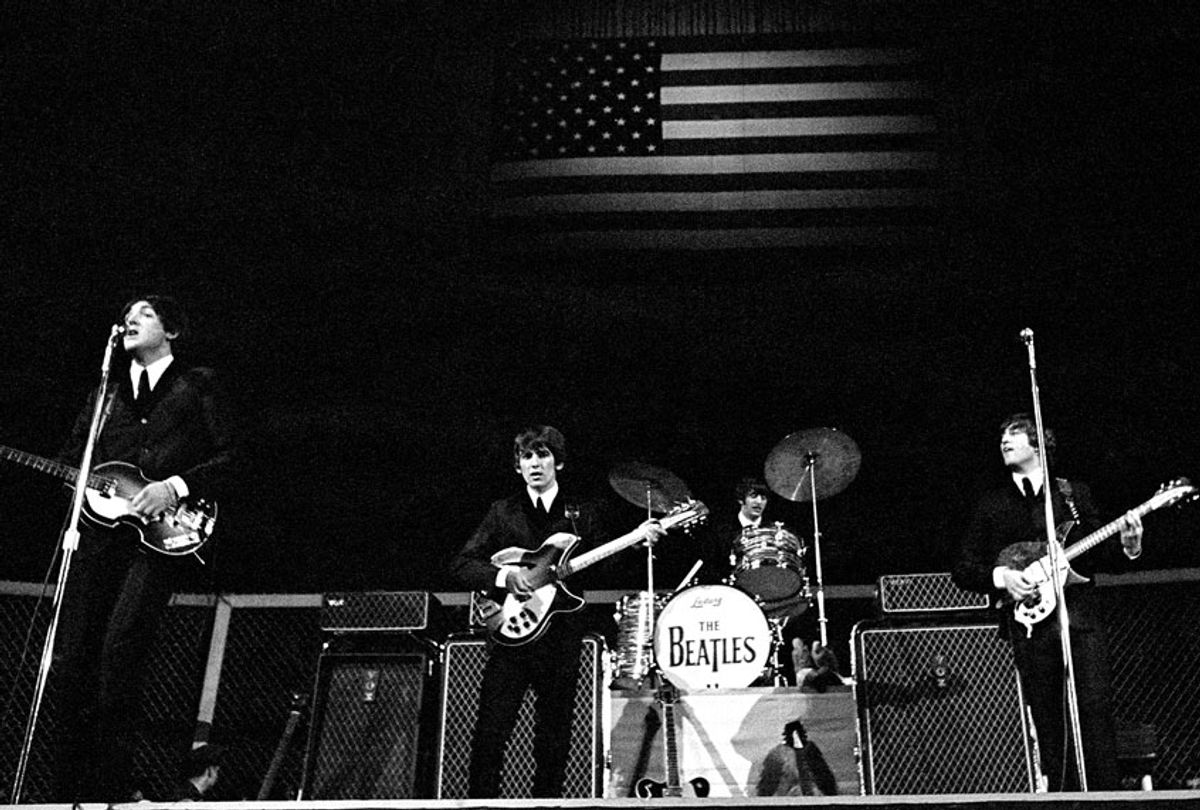 The Beatles in Las Vegas playing on their north American Tour in the Convention Hall. 20th August 1964 (Daily Mirror/Mirrorpix/Mirrorpix via Getty Images)
--

The Beatles' September 1964 appearance at Jacksonville, Florida's Gator Bowl was historic in more ways than one. As Beatlemania rolled across the United States during the band's first American tour, Florida had been ravaged by Hurricane Dora, leaving many residents without electricity in the storm's wake. But the lasting story that month involved the Beatles' steadfast dismissal of the practices of systemic segregation that typified that era, particularly in the American South.

By that juncture, key forces were in play that would begin turning the tide on institutional racism. Only a few months earlier, as the landmark Civil Rights Act made its way through Congress, Martin Luther King, Jr., led nightly marches across St. Augustine, Florida, in protest against ongoing segregation in area schools. At the same time, there were hopeful signs of change in the offing. Later that year, King would earn a much-deserved Nobel Peace Prize for his nonviolent resistance to racism. A potent example of the era's sociopolitical shifts occurred in April 1965, when Houston's massive Astrodome opened as the first fully integrated facility of its kind in the southwest.

But in September 1964, the Gator Bowl wasn't subject to such enlightenment. The stadium's management adhered to standard practices at the time, which called for segregated seating, restrooms, and water fountains. For the Beatles, playing to a segregated audience was patently unacceptable. They had even included a rider for the September 11th concert that explicitly cited the band's refusal to perform in a segregated facility.

At first, the promoters balked at the notion of adhering to the group's demands. But the Beatles — John Lennon especially — made the band's position clear in no uncertain terms. "We never play to segregated audiences," he remarked at the time, "and we aren't going to start now. I'd sooner lose our appearance money." Lennon's warning that the group would forgo a huge payday — the 32,000-seat stadium was sold out — carried the day, and the promoters relented.

Listen to Paul McCartney explain the Beatles' refusal to play to segregated audiences:

By the time that the concert came to pass, Floridians had weathered Hurricane Dora and its attendant destruction for the previous few days, forcing many fans to skip the show altogether as they hunkered down at home. For the Beatles, the concert proved to be tough going. Residual 45 MPH winds pummeled the stage that evening, forcing Beatles' roadie Mal Evans to nail down Ringo Starr's drum kit. As Starr later recalled, "My hair was blowing, and I thought it was weird, but the drums were tied down, so we made it, you know."

While the band had struck a blow, in their own way, against institutional racism, the concert itself saw the group beginning to wither under the pressure and mayhem of Beatlemania. That night, they performed their usual 30-minute set, from show opener "Twist and Shout" through smash hits like "She Loves You," "I Want to Hold Your Hand," and "A Hard Day's Night." Making their way from the stage that night with the crowd loudly clamoring for more, the Beatles jetted off to Boston to experience their peculiar brand of superstardom all over again in yet another city. But they left behind a legacy in Jacksonville that night, in which rock's most celebrated act stood up to institutional racism and won.

Listen to the Beatles perform "Twist and Shout" at the Gator Bowl: