Is "Revolver" the most significant Beatles album?

"Revolver" is like Alice's looking glass: once you get on the other side, things will never be the same again 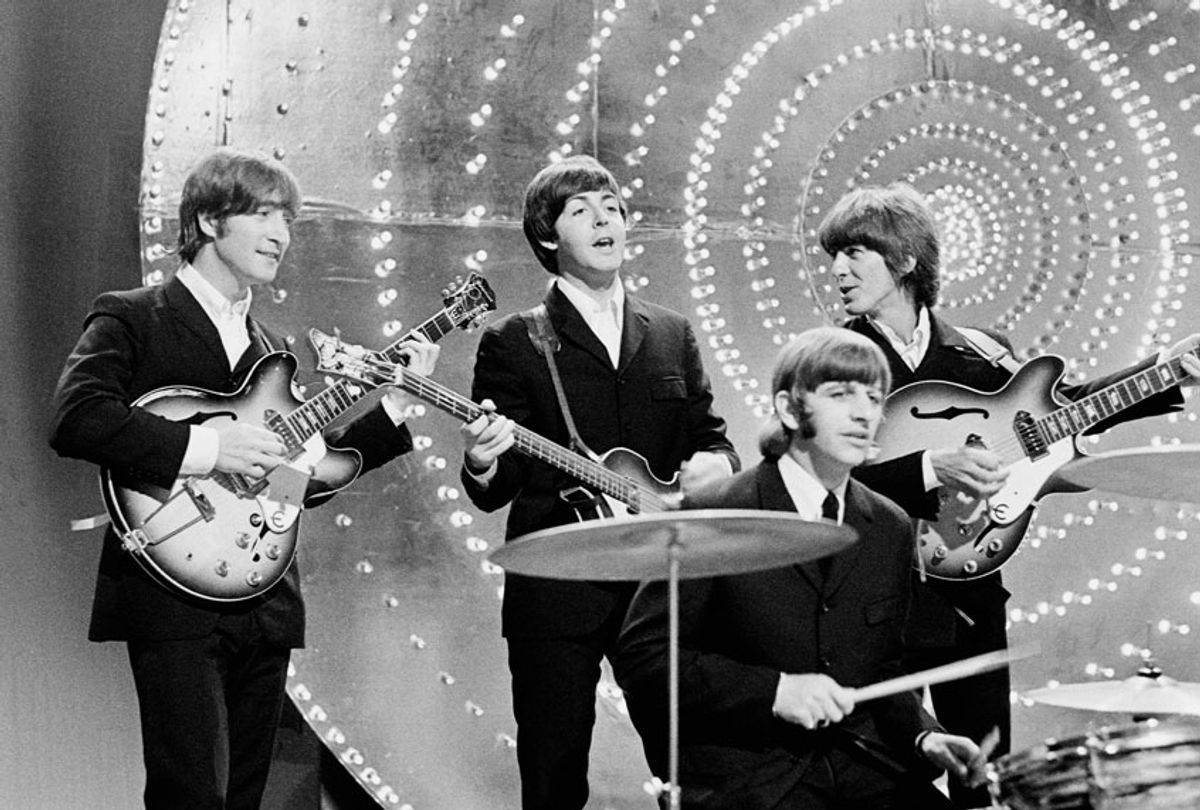 For years, the Beatles' "Sgt. Pepper's Lonely Hearts Club" reigned supreme, routinely topping "Best of" lists as the finest album ever recorded. In the decades since the release of the Beatles' masterworks on compact disc in 1987, when the group's American LPs were deleted in favor of their canonical UK counterparts, the "Revolver" album has slowly but surely gained momentum — and particularly among Stateside listeners, who had no idea what they'd been missing.

By the advent of the band's "Rubber Soul" album in 1965, the Beatles had begun self-consciously challenging themselves to create new sounds with each new LP. The extreme musical shifts from "Rubber Soul" to "Revolver" are a terrific case in point. In later years, George Harrison would come to describe the records as parts one and two of the same album. In this instance, the Quiet Beatle couldn't have been more wrong. The folkish, melodic sounds of "Rubber Soul" exist in sharp contrast with "Revolver"'s dramatic generic shifts and brash experimentation.

For Harrison especially, "Revolver" exists as a genuine renaissance — the moment when he contributed a previously unheard of three songs to a Beatles long-player. In addition to the Eastern sounds of "Love You To" and the straight-ahead rock stylings of "I Want to Tell You," Harrison's "Revolver" contributions are highlighted by "Taxman," the album's high-octane opener. The song is a marvel of virtuosity, as evidenced by McCartney's looping bass lines, as well as his overdubbed high-octane guitar solo, which he played, raga-like, on his Epiphone Casino with a characteristic Indian flavor and tempo.

By "Revolver," the Beatles and producer George Martin had proven themselves to be masters of pop-music sequencing. With their latest release, they cleverly counterpoised each new track with dramatic shifts in style and tone. Beatles fans might understandably expense aural whiplash during the shift from "Taxman" to "Eleanor Rigby," McCartney's elemental study of loneliness and despair set against a classical backdrop that Martin created with a nod to Bernard Hermann's "Psycho" soundtrack (1960). The result is simply breathtaking.

With "Revolver," Martin and the Beatles had succeeded in establishing what is arguably the most profound demographic growth in the history of entertainment. During their early years, the band appealed to a narrow swathe of teens and young adults. But all of that changed with "Yesterday," which Martin adorned with a string quartet. Not only did "Yesterday" emerge as a chart-topping American hit, but the groundbreaking song also saw the band growing their demographic to include the highly desirable world of working adults, ages 25-54, who longed for something more sophisticated.

And then there was Revolver's "Eleanor Rigby" and "Yellow Submarine." In one fell swoop, the Beatles penetrated two more demographics. "Eleanor Rigby" attracted a post-55 audience in droves, while the good-natured storyline and nautical sound effects inherent in "Yellow Submarine" drew children and pre-teens into the Beatles' camp. Quite suddenly—and scarcely more than two years after their triumphant American debut on The Ed Sullivan Show—the group dominated nearly every quadrant of the consumer age range.

With Martin and engineer Geoff Emerick embracing newfangled production techniques associated with the Leslie Speaker, backwards guitars, and Artificial Double-Tracking, which had been invented expressly for the Beatles by EMI engineer Ken Townsend, Revolver saw the bandmates' imaginations running wild. Within the space of a few short tracks, the band would range from the quietude of McCartney's "For No One," Lennon's mesmerizing "She Said, She Said," and the brass-infused "Got to Get You into My Life."

But for all of the LP's musical and engineering triumphs, nothing could have prepared listeners for "Tomorrow Never Knows," the album's mind-blowing climax. In a single masterstroke, the Beatles created a psychedelic tapestry that ushered in new ways of thinking about the concept of "recording artists," not to mention rock and roll as a musical genre.