The Beatles' "Abbey Road" at 50, remixed: A definitive deep dive into the greatest rock band at work 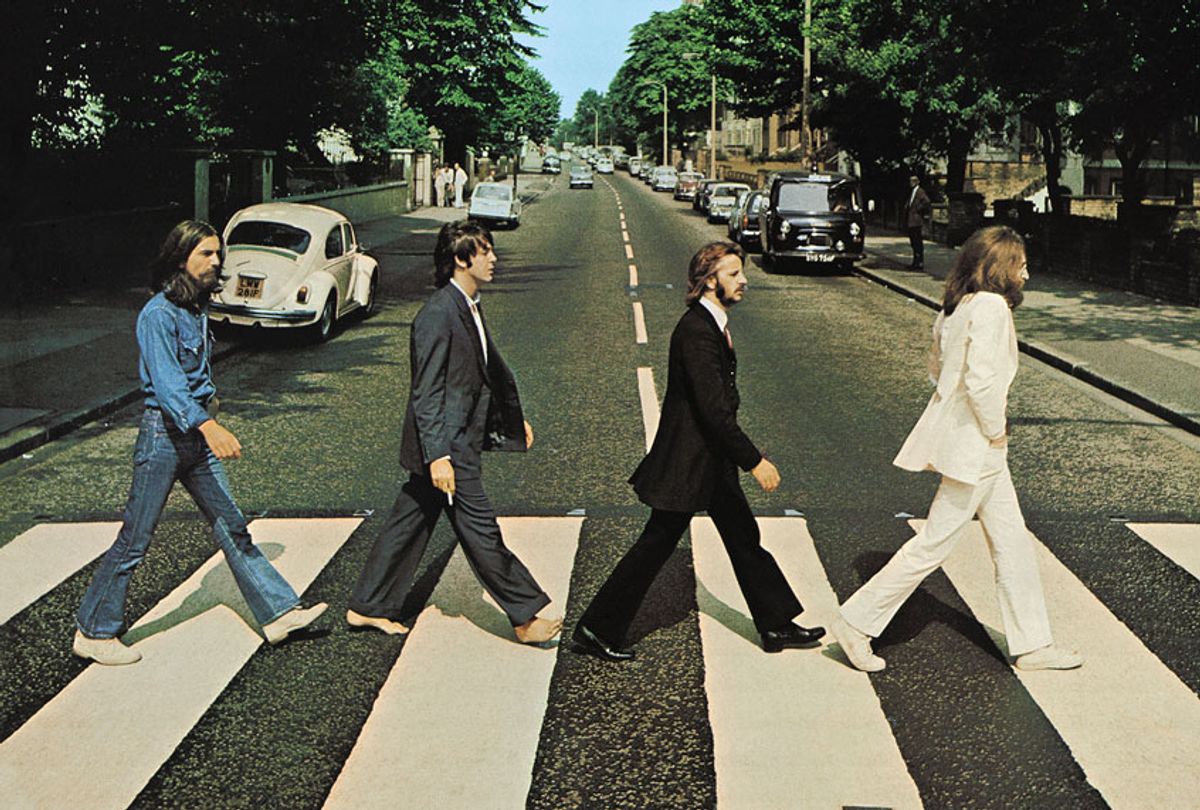 With the Beatles, it turns out that you can go home again. For the third consecutive year, the folks at Abbey Road Studios have treated listeners to remixes and outtakes from yet another classic Beatles album. And "Abbey Road," following bravura editions of "Sgt. Pepper’s Lonely Hearts Club Band" and "The White Album," doesn’t disappoint.

But with "Abbey Road," the nature of the achievement is strikingly different from its predecessors. With "Sgt. Pepper" and "The White Album," there were plenty of outtakes from which Giles Martin and his team could choose. And both records benefitted greatly from their treatment at the hands of 21st century technology, which widened both sound palettes considerably and allowed them, finally, to breathe.

When it comes to "Abbey Road," there are simply fewer outtakes available. The LP was recorded over a period of a few scant months in comparison to the Beatles’ earlier masterworks — behemoth projects for which the group and their production team put in hundreds upon hundreds of hours in the studio. In addition to being the first Beatles album recorded explicitly for stereo release, "Abbey Road" also marked the band’s first and only experience with solid-state electronics after years of working with tube equipment.

And the result was, in a word, revolutionary. The sound of the Beatles that had thrilled the world over — the “maximum volume” that Martin had coaxed out of EMI’s aging studio gear — had been conspicuously altered by the subatomic properties inherent in the TG 123545, the solid-state mixing desk that had been installed at the Abbey Road facility back in November 1968, after the Beatles had put the finishing touches on "The White Album."

With its wider sonic spectrum, the new mixing desk reshaped the Beatles’ sound significantly, affording them with more range, not to mention a warmer, brighter quality inherent in their recordings from that era. In fact, when Abbey Road was released in the autumn of 1969, many listeners blanched at the palpable sonic differences in the Beatles’ sound. As far as they were concerned, the character of the Fab Four had been irrevocably changed.

As the Beatles’ final studio album — released only a few days after they’d secretly decided to call it quits — "Abbey Road" has come to enjoy a vaunted place among the band’s corpus. And the record’s jaw-dropping sales receipts bring that story into stark relief. By June 1970, "Abbey Road" had emerged as the band’s bestselling American LP, with more than five million units sold. By the dawn of the current decade, those figures had grown to an eye-popping 31 million copies.

Not surprisingly, "Abbey Road" exists as the culmination of the band and their production team’s creative artistry, with their songwriting, musicianship, and technical knowhow having reached their zenith. To Giles Martin’s credit, the "Abbey Road" remixes elevate these enduring qualities in both the new versions of the songs and the outtakes.

While the remixes don’t hold any mind-altering surprises regarding the "Abbey Road" recordings, there is plenty to enjoy in the deluxe package. If nothing else, fans will marvel at the stunning beauty of George Martin’s orchestrations for “Something” and “Golden Slumbers/Carry That Weight.” In and of themselves, Martin’s scores demonstrate the ways in which he infused the Beatles’ finest compositions with, by turns, whimsy and dramatic power.

Which brings us to "the Long One,” the band’s sobriquet for the symphonic suite that brought their career to a unique and formidable close. Recorded as a trial edit on July 30, 1969, the medley offers a portrait of "the Long One" in midstream. If the remixes yield any genuine revelations, this is surely it. Still ragged with some transitions lost in the creative process, this version of "the Long One" depicts the Beatles actively working as artists in the act of honing and polishing one of their most admired musical fusions.

In their most charming moments, the outtakes afford us with a window into the Lennon-McCartney partnership. Their banter is on full display in an early take of “The Ballad of John and Yoko,” which the two old friends recorded as a duet without input from bandmates George Harrison or Ringo Starr. During a break in the recording session, Lennon can be heard saying “Go a bit faster, Ringo!” with McCartney good-naturedly replying “Okay, George!” from his place behind Starr’s drum kit. Even more effecting is the studio banter at the conclusion of an early take of “Come Together” where Lennon, exhausted with his guide vocal, chides himself for his “teenage lyrics.”

For Beatles fans in specific and music lovers in general, the "Abbey Road" remixes are not to be missed. And in terms of pop music history, the deluxe package offers a final, fleeting glimpse into the greatest rock ‘n’ roll band that ever was.