Easy, not-too-spooky Halloween treats to cook up with your kids

Trick or treating may be cancelled this year, but you can still scare up some fun in your kitchen 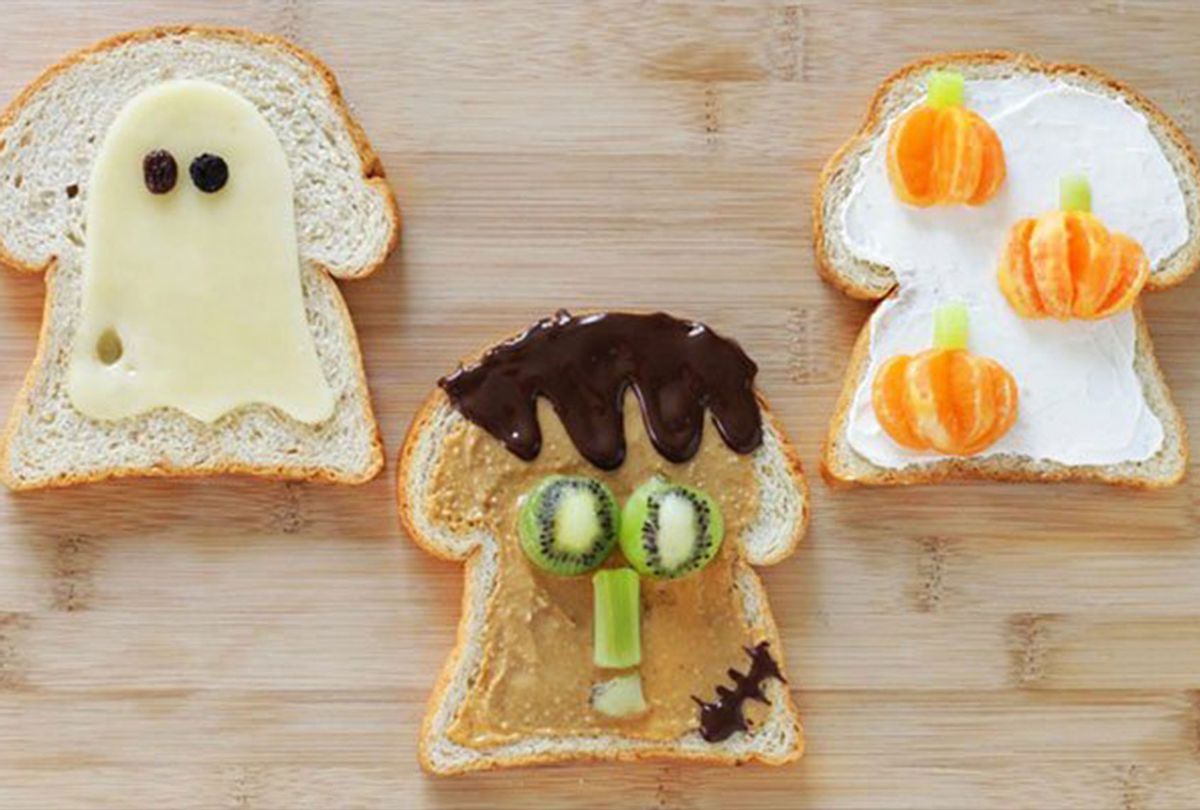 This year, Halloween is going to look different for many families as communities across the country are cancelling trick-or-treating in an effort to prevent the spread of the novel coronavirus. But that doesn't mean that you can't cook up some spooky fun at home.

Amy Palanjian is the founder of Yummy Toddler Food, a former magazine editor who worked in food and crafts, and the mother of three kids — aged 8, 4 and 1. Her first cookbook, "Food Play!" will be released on Nov. 10.

Palanjian says that the recipes she creates are specifically made with parents — especially those without a lot of time or energy — in mind.

"I love transforming simple foods, like smoothies and toast, with toppings to make them more fun for Halloween because that is often much more doable than more complicated projects for families with little kids," she said.

Her biggest tip for cooking with kids involves being realistic about their attention spans.

"One simple step might be more appropriate than doing the whole recipe together, so broaden your definition of success and remember that perfection is not the goal!" Palanjian said. "Let them do as much as they can as they want to."

This means that they might make a mess, she said, but if you set them up for success — by using a bigger bowl than usual to contain the flour, pre-measuring ingredients or planning to vacuum once you are done — you might be surprised to see how capable they are.

"Little kids love to do things themselves, so this can be a big confidence booster," Palanjian said.

Here are two of her favorite, simple Halloween recipes for kids.

1. Divide the cream cheese in half and roll it into two small balls (these are your eyeballs!).

2. Place them on your granola bar.

3. Stick the chocolate chips in the center of your cream cheese eyeballs, and enjoy!

1. Cut the slice of cheese into the rough shape of a ghost — think a triangle with a rounded top and a "W"-shape on the bottom.

2. Place the cheese on the toast, then add the two raisins to the top portion of the "ghost" to serve as eyes.

1. Spread the cream cheese on the slice of toast.

3. Place three of the clementine halves on the toast to create small "pumpkins."

4. Peel the kiwi and slice three small portions to serve as the pumpkin stems.

1. Spread the nut butter on the toasted bread.

2. Peel the kiwi and use a melon baller to create "eyes" from the fruit. Use the remaining flesh to make a mouth and nose.

3. Melt the chocolate chips and spread it onto the toast with a small knife or spoon to create hair and a scar.

If you liked Palanjian's Halloween recipes, check out more over at Yummy Toddler Food. Her book, "Food Play!" is now available for pre-order.