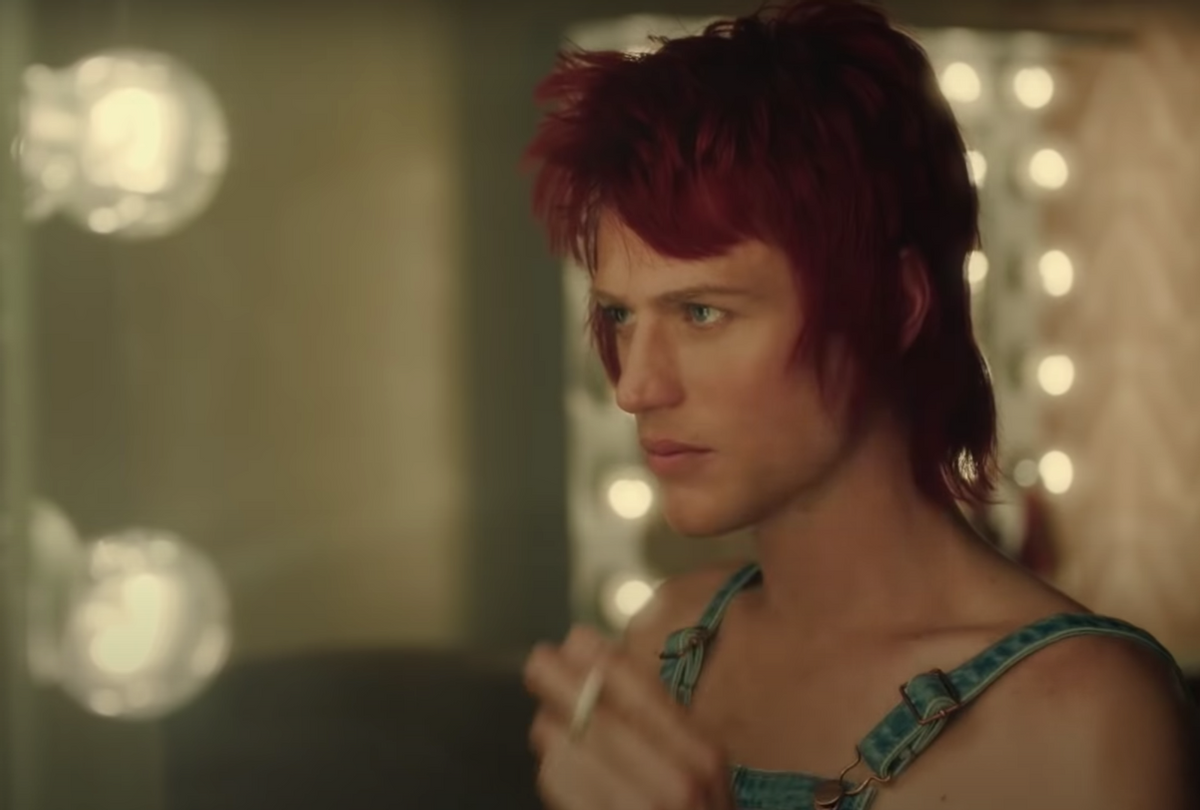 It was only a matter of time before David Bowie got the biopic treatment. Enter "Stardust," British filmmaker Gabriel Range's biographical drama about the life of the music sensation before he became a worldwide cultural icon. Tracking Bowie as he sets out on his first music tour across the U.S. and creates his legendary alter ego Ziggy Stardust, the film could be a breakthrough moment for singer-turned-actor Johnny Flynn, whose previous credits include "Beast" and "Emma."

Read more from IndieWire: "Bly Manor's" lesbian love story is no cause to celebrate

The official "Stardust" synopsis from IFC Films reads: "Meet David before Bowie. One of the greatest icons in music history. But who was the young man behind the many faces? In 1971, a 24-year-old David Bowie (Flynn) embarks on his first road trip to America with Mercury Records publicist Ron Oberman (Marc Maron), only to be met with a world not yet ready for him. 'Stardust' offers a glimpse behind the curtain of the moments that inspired the creation of Bowie's first and most memorable alter ego, Ziggy Stardust, capturing the turning point that cemented his career as one of the world's greatest cultural icons."

While IndieWire's Kate Erbland was a bit mixed on the overall film in her review out of the Tribeca Film Festival, she had nothing but raves to share about the leading performance. As Erbland writes, "Johnny Flynn bursts off the screen in Gabriel Range's look at Bowie before he hit it big, but the film is never as original as its star or subject…It's a graceful, winning performance at its best when Flynn is allowed to go really wild."

Joining Flynn in the "Stardust" cast is Marc Maron as Mercury Records publicist Ron Oberman and Jena Malone, who most recently popped up in the horror film "Antebellum." "Stardust" world premiered virtually during the 2020 Tribeca Film Festival. Range co-wrote the script with Christopher Bell. The director is best known for his fictional political-documentary "Death of a President" and "The Day Britain Stopped," which won a Royal Television Society Craft and Design Award.

Read more from IndieWire: Eric Andre explains the methods to his madness on TV's most deranged talk show

IFC Films is set to release "Stardust" in theaters and on VOD platforms Nov. 25. Watch the official trailer for the movie in the video below.