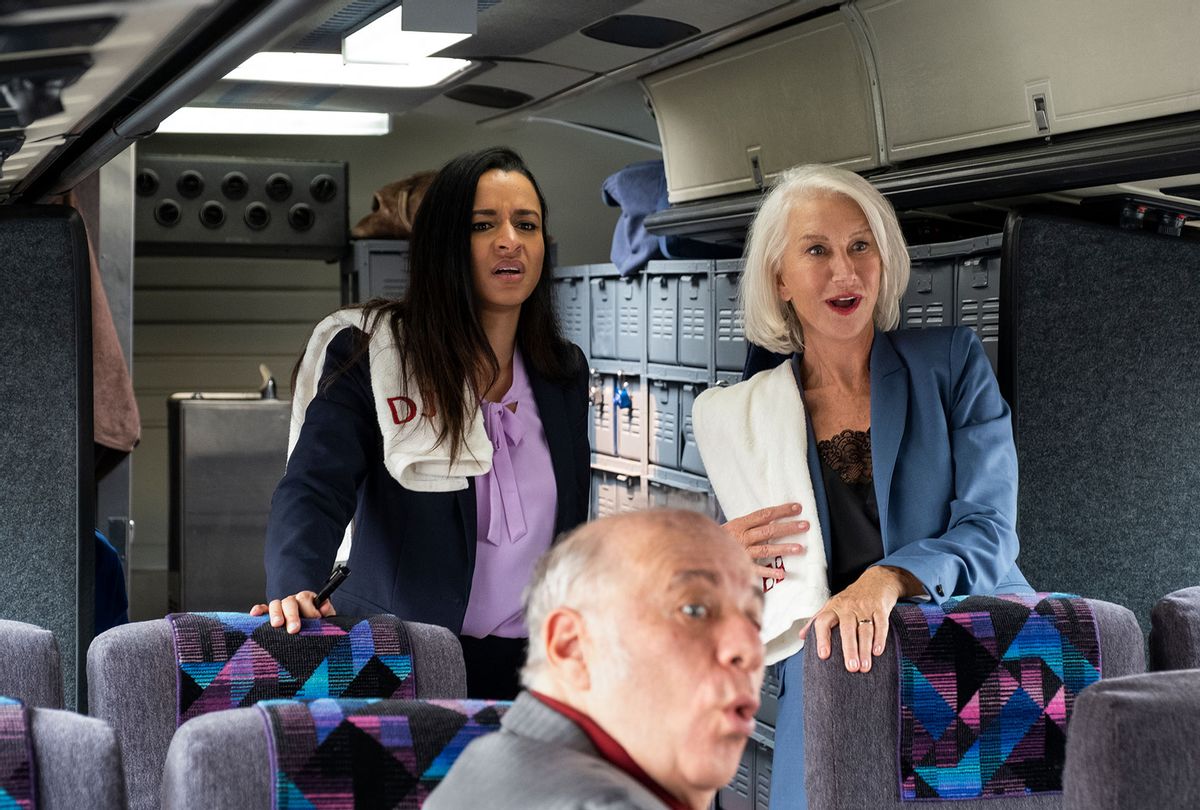 The scene is from Trump impersonator Sarah Cooper's new Netflix special "Everything is Fine." Mirren plays Bush, while Cooper does her widely-praised Trump lip-syncing.

"Mirren is one of several A-list guest stars in the special, which also features Aubrey Plaza, Jon Hamm, and Megan Thee Stallion, among others. Everything's Fine was assembled quickly over the last few months in order to release it ahead of the 2020 election, and includes various sketches tackling our current political and apocalyptic-seeming moment," Entertainment Weekly reported Thursday.