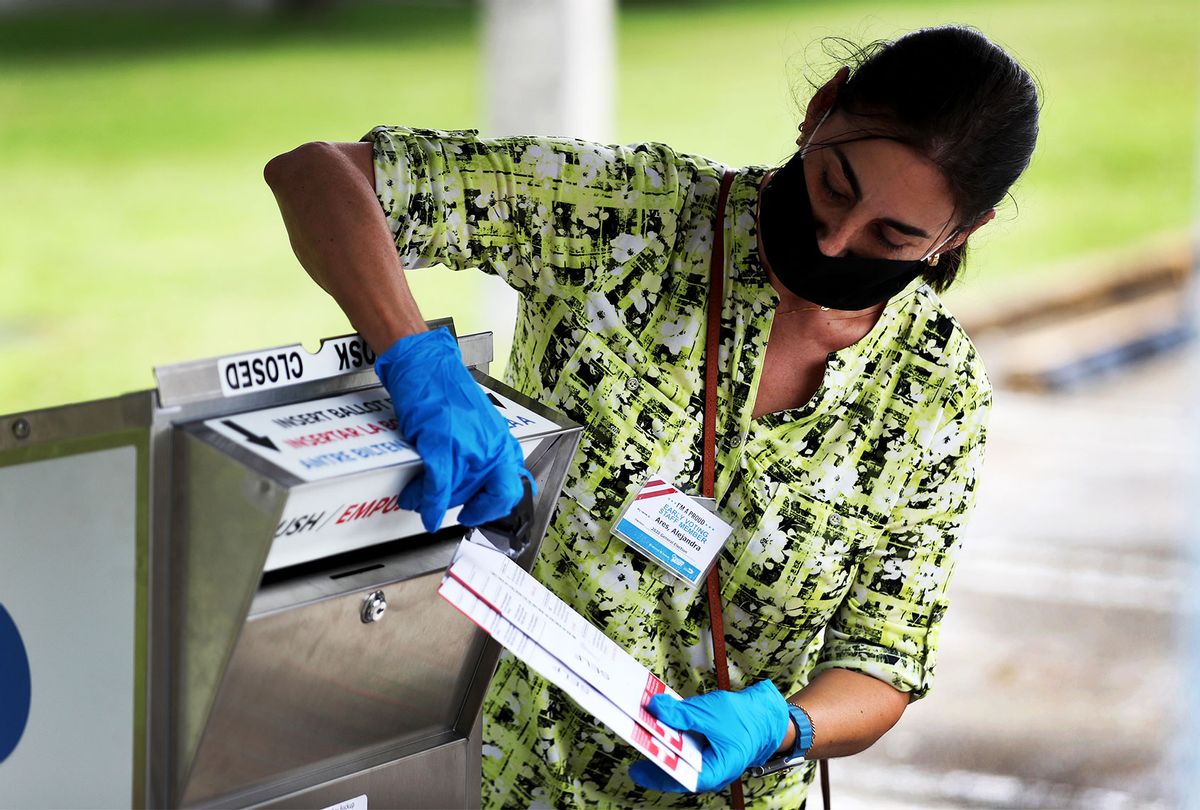 Texas hit another voting milestone Monday as the percent of registered voters who have cast ballots early surpassed the total early voting turnout from any other presidential election — even though the state has four more days of early voting left.

In all, 46% of Texas registered voters voted early through Monday, according to numbers released Tuesday by the Texas secretary of state. In 2016, the previous high-water mark, 43.5% of registered voters cast ballots during the entire early voting period. More than 85% of ballots have been cast in person.

The raw total of votes cast through Monday was 7.8 million, 1.2 million more than the 6.6 million who cast ballots early in all of 2016 and 87% of the total number of votes cast in the state during the last presidential election. There are 1.8 million more registered voters in Texas than in 2016, a 12.3% increase. But the percentage turnout indicates that population increases alone can't account for the high number of early voters in the state.

The reasons could be myriad. For one, Gov. Greg Abbott extended the early voting period by six days this year in hopes of alleviating crowding at the polls and slowing the spread of the coronavirus. Texas has had 14 days of early voting so far and has four days left; early voting in 2012 and in 2016 each had 12 days. In addition, voters' habits in Texas have been shifting for years as more voters choose to vote early rather than on Election Day. In 2016, 73% of voters cast their ballots early and 26% voted on Election Day.

But also many candidates and parties have reported high energy among voters as President Donald Trump inspires passions on both sides and Texas appears unusually competitive up and down the ballot.

Many other large urban counties, including Dallas, Harris, Bexar, and Travis, also had turnout gains outpace increases in registration, though not as large as the more suburban counties such as Hays and Denton.

The fast-growing suburbs are widely considered key battlegrounds in Texas this year. They have traditionally voted Republican in presidential races, but results from the 2018 elections as well as polls have suggested that Democrats could narrow past margins or flip certain counties blue this year.

Early voting in the state began Oct. 13 and runs until Friday. Election Day is Nov. 3.

Disclosure: The Texas secretary of state's office has been a financial supporter of The Texas Tribune, a nonprofit, nonpartisan news organization that is funded in part by donations from members, foundations and corporate sponsors. Financial supporters play no role in the Tribune's journalism. Find a complete list of them here.