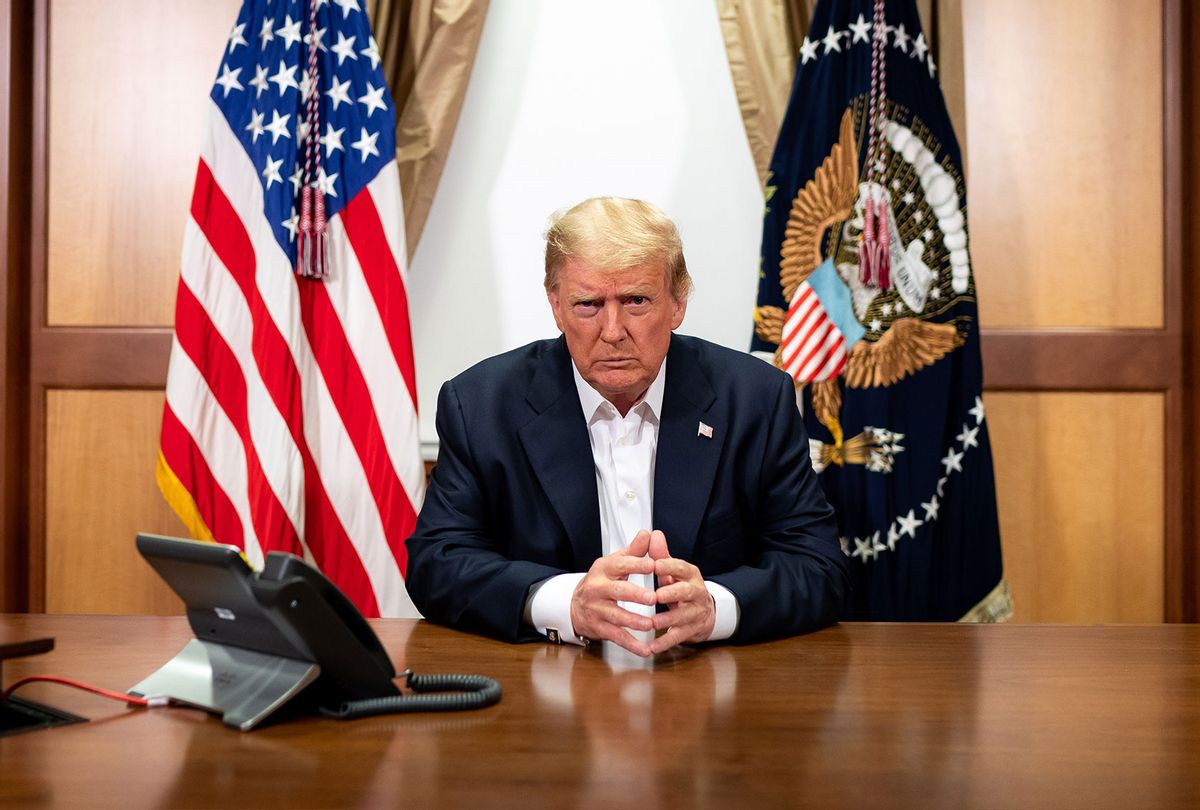 In a major power grab, Donald Trump signed an executive order on Oct. 21 that asserts he has vast new authority to punish federal employees with demotions or firing without cause. It's a Trumpian assertion of a right to cronyism and personal fealty to him.

This executive order purports to grant Trump dictatorial-like power over thousands of career federal managers and executives. They are now at risk of losing their jobs and careers unless they blindly follow Trump's agenda with abject loyalty to his whims.

This Executive Order on Creating Schedule F In The Excepted Service, if allowed to stand, largely will overturn an 1883 law that was passed to reduce corruption among federal government executives by creating a career civil service based on documented merit. The Pendleton Civil Service Reform Act, passed in 1883 in the unexpected presidency of Chester A. Arthur, covers most federal employees, who earn promotion via competitive exams.

Instead of patronage positions, these civil servants are protected from demotion or firing for political reasons, though they can be disciplined for serious misconduct.

In effect, this would extend the rules governing the roughly 4,000 political appointees each president is entitled to hire — people who serve at the "pleasure of the president" — to apolitical career managers and executives.

The executive order states "faithful execution of the law requires that the President have appropriate management oversight regarding this select cadre of professionals."

In common language, this means Trump claims the ability to fire career public servants via Tweet. His executive order ignores 137 years of law and personnel regulations, allowing him to run roughshod over job protections for career government employees. Under the order, he can fire them on a whim.

One of the most prominent federal employees affected by this change is Dr. Anthony Fauci, the nation's top infectious disease expert. Trump first admired Fauci then called him an "idiot" and said last week he would fire him except for the political uproar it would cause. The order also covers officials, scientists and staff of the Centers for Disease Control (CDC) and the Food and Drug Administration (FDA).

This creation of "Schedule F" employees effectively gives the president the power to fire any current employees working in the broad categories as managers and executives covered by his order. He can treat them the same as private-sector workers whose employment, absent a personal or union contract, is "at-will."

Federal employee unions promptly denounced the order even though it is aimed at management, not line workers. Rep. Don Beyer (D-Va.) said he will develop legislation that would restore protections for federal employees. Boyd, whose district is in the northern Virginia suburbs of Washington, represents more federal workers than any other member of Congress.

If Trump's order stands it would be a major expansion of presidential power. Under threat of loss of employment and reduced or no retirement benefits, department heads might bend to Trump's mercurial whims. Any department head who pushes back would be subject to immediate discharge even if Trump's instructions were illegal.

The long-term consequences for our government would be disastrous. Many civil servants took federal jobs because they favored stable employment and a focus on their professional interests. Removing that security would make recruiting talent more costly and less successful. And for what? To satisfy the petulance of Donald Trump?

Trump acted just as DCReport published its investigation into the firing of Warren S. Whitlock, one of the highest-ranking civilians in the U.S. Army. Part One Why This Man Lost His Top Pentagon Civilian Job and Part Two Out On The Street After Two Secret And Illegal Investigations detailed the racism and machinations behind the removal of Whitlock, an equal opportunity and diversity specialist with a track record of successful changes to discriminatory government actions and policies. The broader impact was explained in Racism In The Pentagon And Higher.

In the Whitlock case, there is clear evidence of discrimination and unlawful termination. In future cases any possible protection someone like Whitlock may assert will not exist if Trump's executive order stands. Trump and the department heads he names will not need any reason whatsoever to fire anyone who is re-classified as an at-will worker.

"You're fired!" is of course the signature line of Trump's faux reality television shows that made him famous. Those who watched carefully noticed he sometimes fired the best performing person and praised those whose performance made them likely candidates for leaving the show. Not aired were scenes in which he demeaned people, ogled women including making one twirl for him, and engaged in other boorish sexist behavior.

The executive order reclassified many federal employees from regular civil service status to "excepted service" status if they are involved in policy-determining, policymaking or policy-advocating.

It's difficult, having studied the man for 32 years, to imagine a federal Qualifications Review Board would accept Trump a senior executive service member.

A related strategy Trump undertook in 2017 to impose his will on career civil servants was detailed in my 2018 book It's Even Worse Than You Think: What the Trump Administration Is Doing to America. Trump put in key management positions, the very lobbyists and executives who had worked against those agencies, contradicting his campaign promise to "drain the swamp" of special interests. Because they eat away at the substance of our federal government silently and generally unseen by the public I called those appointees "political termites."

This newest power grab by Trump is more of the same with a major addition. People who never signed up for tenuous employment at the pleasure of the president would become at-will employees with no job security.

This is exactly what the Pendleton Civil Service Reform Act was supposed to prevent. That law was enacted when Vice President Chester Arthur unexpectedly became president after the assassination of James A. Garfield just six months into his term in 1881.

President Arthur had been a major gear in the corrupt Tammany Hall political machine in New York. His cronies scurried down to Washington licking their chops at all the graft they anticipated. To their shock, Arthur told his longtime pals to never again darken the White House. Arthur promised to run a clean administration, which he did, abandoning the old "spoils" system of hiring cronies and party loyalists and embracing the creation of our merit-based federal civil service.