Republicans are still trying to throw out valid votes despite rejections from state, federal and appellate courts 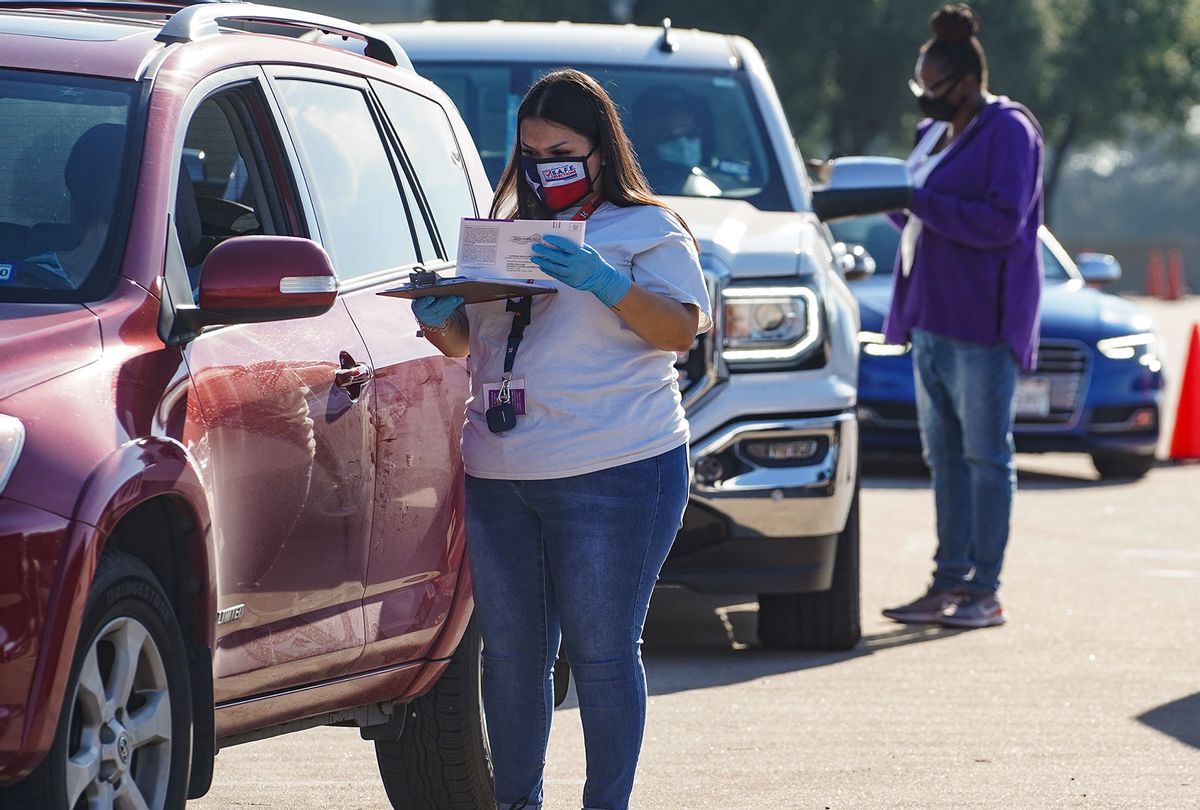 Harris County's elections chief decided to close all but one drive-through polling site amid legal challenges from a group of Texas Republicans despite state and federal courts rejecting lawsuits seeking to toss out ballots cast at the locations.

County Clerk Chris Hollins said he would shutter nine out of 10 drive-through polling sites in the county, which includes Houston, due to concerns over appellate challenges after a federal judge rejected a Republican bid to invalidate votes cast at the locations. Harris County, the most populous county in Texas with a population of nearly 5 million, still has more than 800 regular polling locations open to the public.

Hollins approved 10 drive-through polling sites for early and Election Day voting to provide more options amid the coronavirus pandemic after the state restricted mail-in voting and ballot drop boxes. But a group of Republicans sued to try to throw out about 127,000 early votes cast at the drive-through locations and ban their use on Election Day, arguing that they were an illegal expansion of curbside voting, which the legislature limited to voters with illnesses or disabilities.

The Texas Supreme Court rejected the lawsuit, and U.S. District Judge Andrew Hanen likewise shot down the group's bid to invalidate votes which had already been cast.

Hanen found that the conservative activist and three Republican candidates who brought the lawsuit did not have standing to sue, but he left open the possibility that his decision could be reversed on appeal. If that happened, Hanen said, he would agree to ban the use of drive-through polling sites on Election Day but would not throw out ballots already cast. Hanen also ordered county officials to create a registry of votes cast at the drive-through locations in the event the 5th Circuit Court of Appeals would come to a different decision.

Hollins initially said the sites would stay open, but he later announced that the county would shutter every drive-through polling site except the one at the Toyota Center — the home of the NBA's Houston Rockets — due to concerns that further litigation may result in votes being rejected.

A key issue in the lawsuit was whether tents set up for the polling sites would qualify under the state law which requires that "each polling place shall be located inside a building."

"This evening, Judge Hanen . . . stated his view that the tents that house most of the drive-thru voting centers would not qualify as 'buildings,' which are required for Election Day polling places," Hollins said on Twitter. "My job is to protect the right to vote for all Harris County voters, and that includes those who are going to vote on Election Day. I cannot in good faith encourage voters to cast their votes in tents if that puts their votes at risk. "

Hollins said the Toyota Center was the only site which would qualify as a "building," and he reiterated that there were about 800 walk-in locations available on Election Day.

The litigation is not technically over, however, after the Republican plaintiffs asked the full 5th Circuit Court to rehear the emergency appeal.

The closings did not seem to discourage voters from turning out. More than 20,000 people voted in the first hour after polls opened on Tuesday in the county. An estimated 200,000 to 400,000 voters are expected to cast ballots in the county on Election Day, according to the Houston Chronicle.